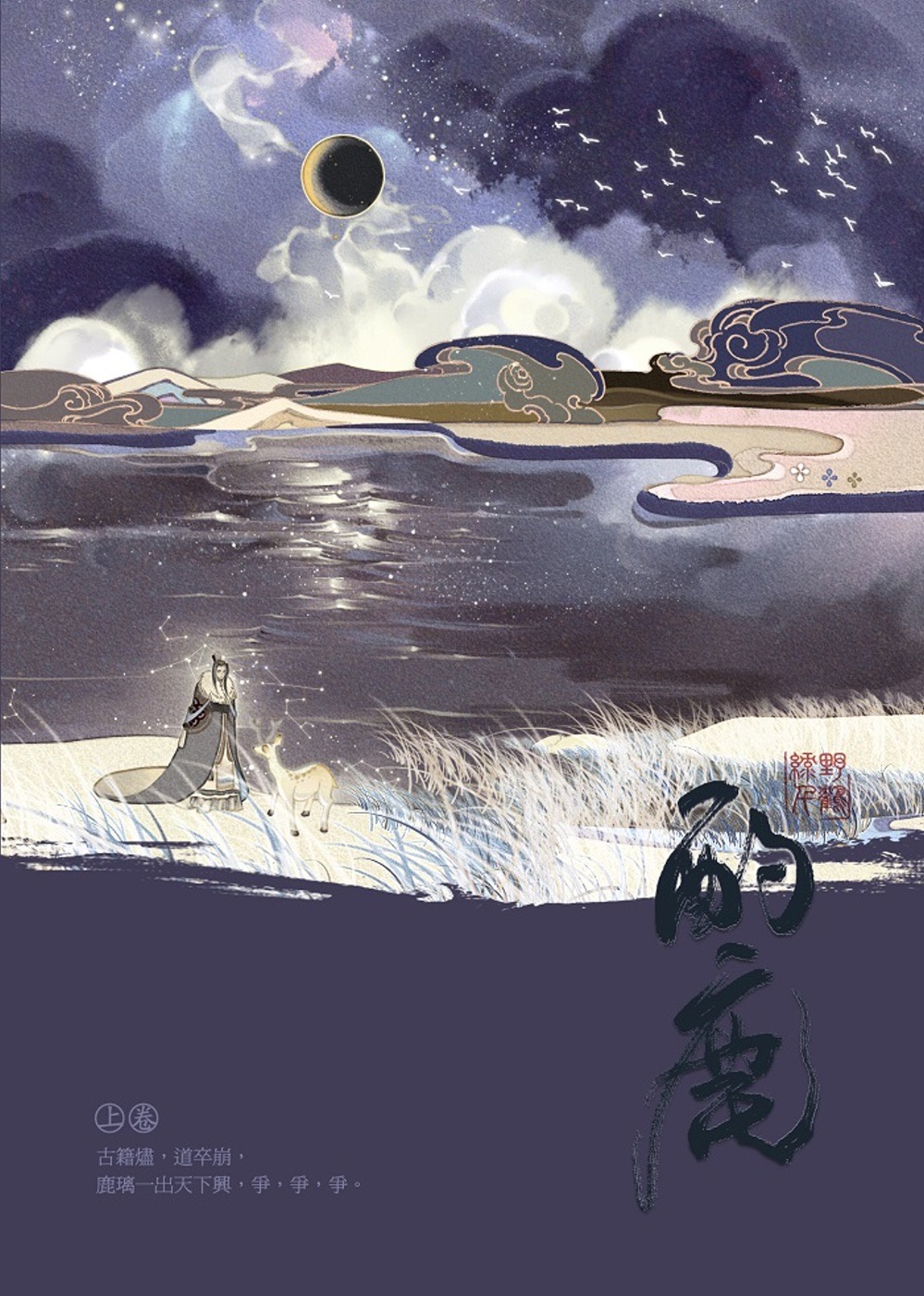 One entry per line
Lu Ye Qian He
绿野千鹤

Status in Country of Origin. One entry per line
92 Chapters + 3 Extras (Completed)

Ancient texts in cinders; the Dao unexpectedly collapsed; when deer crystal appeared, the world flourished, and all vied for it.

Lin Xin served as the imperial household’s butcher knife for an entire lifetime. Vicious and merciless, he never regretted it. The only thing he felt remorse over was that he never attained Shen Lou’s heart before he died. Reborn, he decides that he’ll pretend to be obedient and coax Shen Lou into being his.

Shen Lou was the paragon of the world his entire lifetime. Ascetic, never breaking the rules, his only improper act was liking that devil Lin Xin. Reborn, he decides to disregard the world, and get Lin Xin to marry him early.

These are recommendation lists which contains Zhuolu. You should give them a visit if you're looking for similar novels to read. Alternatively, you can also create your own list.
More Lists >>>

This is so cute. The translator may be new but their work is good. Apparently this is written by the same author as The Wife is First so you guys should try it out. I like the shou for Deer Crystal beeter because he is more active in his relationship than the shou in the wufe is first
13 Likes · Like Permalink | Report

It's very good, the MC (Lin Xin) is shou eventho he have gong aura in early chapter. Their behavior kinda remind me of Lan Wangji and Wei Wuxian. Very recommended.
7 Likes · Like Permalink | Report

I read it via Google translation after chapter 52, understandable. It's a good one. Totally Recommended I have become fan of this Author's work after reading 'The Submissive Emperor' and 'Peach'. So I tried it too as the summary was interesting. It was worth it. MC : smart, powerful, shameless, playful. ML : He is good too. The only issue is that... more>>
Spoiler

that even though he was in love with the MC, he still left him in their previous life because of their differences. But he returned right after knowing that the MC took away his 'spritual devourer'. And he regrets that the MC died by the time he came.

So my question is did he not know that they were going to kill him after their departure.!? I think he knew yet he left him. It was kind of selfish of him to only returned to him after knowing that what MC gave up for him.

But maybe I'm not clear about as Google translation is not 100% understandable.

[collapse]
Both of them has equal importance. Both of them had misunderstandings toward each other in their last life and they overcame it. Their missed chances will make you cry. (Not a angsty novel, just a slight bit of angst) What I like his that this is a balanced relationship. None of them completely relied on each-other. •This novel has the best Shifu I ever read in any novel. I love this trio of shifu and his 2 disciples. If not for anything read it for him. •Side characters have enough roles too. And they are good. I loved the character of the ML's sister.
Spoiler

I really wanted to know with whom she is gonna marry. But no mention

kinda slow-paced and slow burn there is quite a bit of terminology you'll only start to understand after reading for a while, even by c26 I still don't fully understand the cultivation system. also, smut is kinda fade to black. So not really X-rated if that's what you're looking for. i was hoping for more emotional romance but this is more of a political/ cultivating second chance with a little tragic romantic past sprinkled in.
1 Likes · Like Permalink | Report
Leave a Review (Guidelines)
You must be logged in to rate and post a review. Register an account to get started.

Greatest Marine in One Piece Universe