Novel Updates
RegisterLogin
Theme
Search
Your changes has been saved.
Your Majesty, I Want You

Home >
Novel >
Your Majesty, I Want You 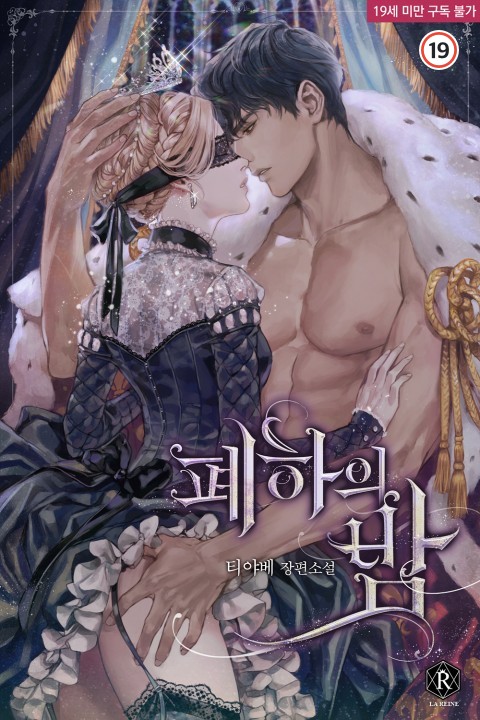 The 17th Emperor of the Empire was a woman. Purely thanks to the Duke of Roark was she able to overtake the throne against her brothers.

He was the emperor’s loyal supporter and every noblemen bow their heads and wag their tails at his command. Yet, despite his devotion, the emperor treats him coldly. But little does the public know that inside closed doors, she belongs to him.

In the dead of the night.

The door is wide open and the duke entered the emperor’s room without permission.

“Get out,” he said to the servants, eyes locked on the emperor.

She looked at him and said, “I’m begging you, not today…”

Before him, her dignity was useless and authority whisked away.

“Your Majesty, today you enchant me. I’m afraid I can’t hold it in any longer.” His eyes glided over her sweet body and tore her clothing apart without hesitation. “Sorry, I’m afraid that it may be a rough night.”

These are recommendation lists which contains Your Majesty, I Want You. You should give them a visit if you're looking for similar novels to read. Alternatively, you can also create your own list.
More Lists >>>

I gave it 3 star because the writing is not bad but I couldn't continue. It was just so uncomfortable and I had to quit reading it, which is a shame because I was hoping it to be a smutty, worry free story. I couldn't with the FL saving ML life and he basically took out her entire family, then gave her two options which is to die or be his s*x slave.
1 Likes · Like Permalink | Report

This makes me want to read more on what will happen will the FL be free & will the ML regret or will the FL just want to die in the end & dont want to suck. For now I really hate the ML. I WISH HE'LL REGRET WHAT HIS DOING TO THE FL. Waiting for more chapters...😭😭 Hopefully it won't disappoint my expectation in the plot. REALLY REALLY WANT TO REGRET/SUFFER the ML.... I WANT TO STRANGLE THE ML. BASTARD
0 Likes · Like Permalink | Report

uh.... heavy romanticization of s*xual assault in just the first few chapters. the male lead is absolutely disgusting. scum like this, , , I hope someone come rescues this poor empress.
10 Likes · Like Permalink | Report

Somehow the M side is deeply intrigue. I don’t know why yall keep saying that this is a non consensual s*x. She literally said that she’d rather live and suck his d*ck for the rest of her life (poor Aran) . But I live for this novel !!! Enoch on the other hand, I got to say that he’s such a tease. A little rough on her with some very harsh words but I bet that he’s actually heads over heels for her. I do think that his words... more>> are.... not what you would say to someone who saved your life. <<less
2 Likes · Like Permalink | Report

Actually, the progressing plot is amazing. The first few chapter is about r*pe (some may think it is disgusting), but after some chapters it's actually romantic and its not that bad (no spoiler). Can't wait to see the development in the next chap.
1 Likes · Like Permalink | Report
Leave a Review (Guidelines)
You must be logged in to rate and post a review. Register an account to get started.

Disagreements of a young man reincarnated...