Novel Updates
RegisterLogin
Theme
Search
Your changes has been saved.
Beauty of Thebes 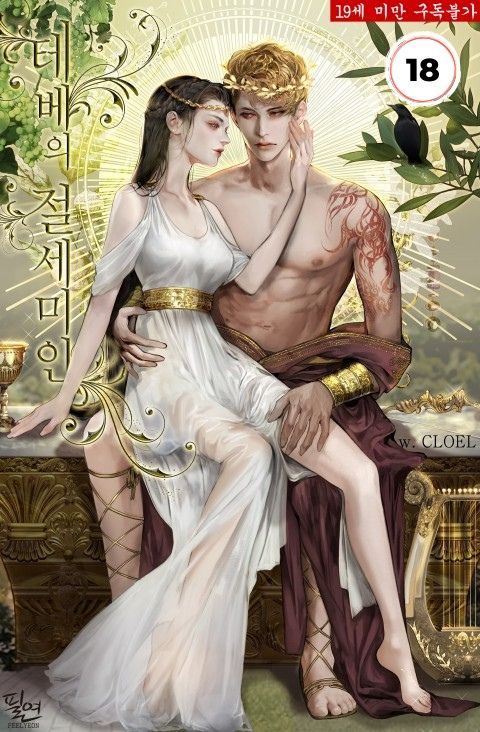 One entry per line
CLOEL

One entry per line
Jeo

One entry per line
Feelyeon Management

At night, a man appeared through her window and whispered in a honeyed voice, “I came to be your one-night lover. After tonight, you will not remember me, nor will we meet again.”

Who was he? Apollo, the god of prophecy. As a human being, who could resist a god?

“Princess of Thebes…” The man leaned against the window frame in pitch-black darkness with only the moonlight framing his stature.

And despite what he said, Apollo came to visit her again.

“Tomorrow, everyone throughout Greece will know that you are my woman.”

How long will their secret meeting last?

Aphelius, King of Thebes, blazing with shame flew to the Temple of Greece to confirm the identity of the suspicious man who went in and out of the third princess’ room. The three princesses were united as one to confirm the appearance of the man claiming to be the self-proclaimed god, Apollo.

While Eutostea hesitated for a moment, the hot candle melted and dripped on the shoulder of a god.

“You really don’t recognize me?”

Apollo grabbed her chin and brought his lips close to hers.

“Behold and open your heart, Princess of Thebes. Here lies the face you longed to see.”

These are recommendation lists which contains Beauty of Thebes. You should give them a visit if you're looking for similar novels to read. Alternatively, you can also create your own list.
More Lists >>>

Greek mythology and romance go hand in hand. There’s not much that has happened apart from establishing the background and introducing the two main leads. Of course, as you’d expect, fun times are happening ;) if you’re here for that. I’m really interested to read more!
0 Likes · Like Permalink | Report

There's 3 princess. They're beautiful and famous. 1st got married off to Hades (you guys know 👀) 2nd is a golden beauty 3rd is a brown haired and sensual beauty ... more>>
Spoiler

Sike, Theres actually 4th princess. She has an ordinary face. Our FL~ yay!!

[collapse]
The king/father got depressed figuring out how to protect his daughters' purity before they get married off thus made a prison like room with one window to protect them from flower thieves and Gods. Sucks for him but 2nd and 3rd princess wants the gods to come in their room.
Spoiler

One day, Apollo knocked on the 2nd and 3rd window but they were all asleep and came to our 4th princess. He mistook her for them and FL was crying in the inside because he came to the wrong room. They snu snued

[collapse]
~~~
Her sisters have snake tongues but they just make fun of each other as a joke. Snu snu came rather quick and not very detailed but its really steamy. <<less

A Dragon's summoning to another world