Novel Updates
RegisterLogin
Theme
Search
Your changes has been saved.
The System for Mentoring Villain Bosses 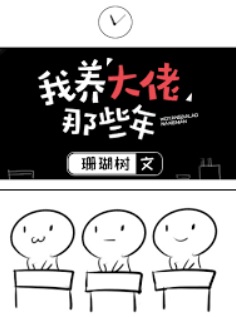 One entry per line
珊瑚树

Status in Country of Origin. One entry per line
163 Chapters (Completed)

Ever since Su Tian had transmigrated, she received a “Villain Bosses Mentoring System” that could automatically identify villainous bosses IN THE MAKING.

As for her missions, they were a little more complicated. For example:

Stopping the boy in her class from deviating onto the path of becoming a villain;

Turn the boy who was going to create a global financial crisis into Jack Ma of the new world;

Talk the strange girl working at the toy shop out of her spending habit, because she will be the cause of hyperinflation!

And the boy from the countryside that she ran into, please give up on developing bioweapons! Why don’t you focus on the Nobel Prize instead?

Just when Su Tian thought all the little villains were growing straight up into upstanding people under her “education of love”, the small villains brought about a big villain…

The young man has slender arms and legs and he cornered her into the restroom. He looked deeply into her eyes said, “I also need …”

Su Tian shuddered, “What… what do you need?”

“The education of love,” said the young man meaningfully!

System: This system is only responsible for identifying villains IN THE WORK. Matured villain are outside of its parameters.

One entry per line
我养大佬那些年

These are recommendation lists which contains The System for Mentoring Villain Bosses. You should give them a visit if you're looking for similar novels to read. Alternatively, you can also create your own list.
More Lists >>>

Well, as someobe who had read up until chapter 130-ish, I an tell you that this novel is something refreshing amidst many similar transmigration-themed novels out there in NU and it's definitely one of the more creative take on the entire 'villains-to-be' where the MC didn't hop out of the world after the mission is done. But also, the farther I read, the more unsettled I become of the MC. She's just so... Unsettling. I can't put any other word to describe her. It weirded me out because she's portrayed as a... more>> typical gentle do-goody MC since the very beginning of the story. You'd feel that she's very likable and even a positive example of humanity. But
Spoiler

She apparently doesn't care about anyone else in the world she transmigrated over except from those villains-to-be that she was tasked to redeem. She has been thinking of them as missions since the start, not as people.

Also, she tended to take advantage of the... NPCs around her. They're the ones who solved the problems for her while she's only seen as the party who reports the situation.

[collapse]
Would've given this novel a 4, 5 star if it ended before I realized how f*cked up the MC is. <<less
26 Likes · Like Permalink | Report

Main story Loved the concept... Especially the villains and the background stories made me tear up This book is ideal if you are bored with the same concept stories spinned in different ways As for the side stories would have loved more character growth and chapters
Spoiler

It's refreshing to read a transmigration with a system that doesn't do world-hopping. She actually stayed in one world and helped the villain bosses to be around her. Every scene is so cute! With Xi Yun, Liu Kaiyan, You Pinyan, etc. It stung every time I read about their hardship and their original plot. It makes me angry and sad for them. I love how her family loves her even her scum father. It is satisfying to see how they helped their selves to rise with her guiding them. She... more>> doesn't manipulate them to do this or that but she made them have their own choice. The people around her are heart-warming and no drama. The ML is super adorable! Everytime he wants to approach her but was always rejected is funny. And when he talks to Nemo about its Mother (MC). He never gave up even if he gets rejected. And that one part when he was really, really, jealous and do something bad broke my heart. The extras are funny. Especially when both husbands are jealous because their wives are CP. The novel is good. Refreshing. No drama. Adorable. Although I think the author forgot about Wang Ruexue (?) Su Tian's friend. She wasn't included in the endings. I forgot to mention, MC's kinda weird. There is something about her that I can't point out. Sometimes I feel she doesn't have any feelings. It feels like she doesn't have a heart. Sure, she's kind and shows the she's compassionate but there's this feeling. She doesn't feel real or human. <<less
6 Likes · Like Permalink | Report

Translation is good. Story is promising. I do want to know more... I'm still quite at the beginning (translator's chapt 19). Unlike darkel above, I do feel like she cares for the characters around her. Her mum, her friend... Some not deeply yet because she doesn't know them. At first, I was quite excited when I saw that it's updated quite frequently. But just take note that the translator divides one chapter into 3-4 parts. Each part is quite short. So the story at 163 chapters in the original will probably be about... more>> 500 "chapters" when translated. <<less
4 Likes · Like Permalink | Report

I really liked the novel to the middle, maybe 2/3s of the novel. The MC and the relationships she develops with the reformed ‘villains’ are very cute. But surprisingly I found the ML bland and kinda of boring. The plot towards the end didn’t develop to where I thought it would go, but that doesn’t mean it went anywhere really interesting. It kinda doesn’t climax at all and resolves quietly. For example ... more>>
Spoiler

the MC and her villains talk a lot about building an amusement park/aquarium, and I thought the writer will show the process of building the park and establishing it or expanding it. Instead after the MC’s mother bought the land, it’s not really brought up again until the mention that they had built it and one of her villains was running it safely and it was successful.

[collapse]
It felt like a plotline that never went anywhere. However, the first part is very good. And although the ending felt ‘meh’ to me, I still liked reading it. <<less
2 Likes · Like Permalink | Report

Like several other reviewers pointed out, the MC is very... unsettling. The position she takes on in life is that of the benevolent god that nudges the correct events along, but all with minimal investment in the actual outcomes of the "npcs" that exist in the world. It feels very much like the attitude someone takes towards NPC sims they aren't very invested in: amused, but only mildly so. Considering all the emotions the characters around her go through, it casts a very dark shadow on everything she does. Her support... more>> comes off as fake and lacking genuine feelings while all the villains see her as their lifeline. Unsettling really isn't severe enough of a word to describe her. As for the story contents itself, if you completely ignore the mc's attitude, it's a pretty much the standard "people on the brink of society get pulled back through the loving embrace of perfect MC." Each villain has their own arc and way in which MC has helped them and, as a result, how they slowly grow to worship her. On some level it's cute, but with the way MC is, I almost feel like I'm watching people join a cult... only without the negative consequences of a cult, so.... it's okay? Either way, I'm not sure I can bring myself to read anymore of these chapters. The chapters are rather short, however, so getting through 60 something chapters didn't take very long. <<less
1 Likes · Like Permalink | Report

It kinda fun well writen novel thats include so many warm relationship between friend and family. I just enjoy MC and little mini boss company so much. I truely recomment you to give it a try.
0 Likes · Like Permalink | Report
Leave a Review (Guidelines)
You must be logged in to rate and post a review. Register an account to get started.

Fake Maiden, You Save the World...

Isekai reincarnation of the black hair...