Novel Updates
RegisterLogin
Theme
Search
Your changes has been saved.
Advertisements
The Jilted Male Lead Hires a Mother for the Cute Shapeshifters 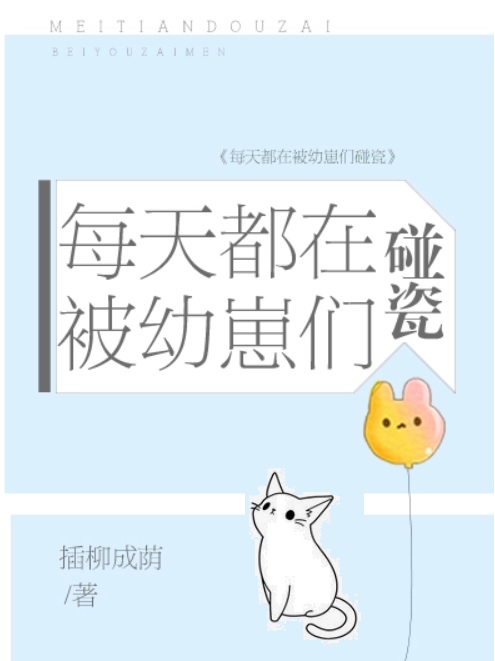 Status in Country of Origin. One entry per line
37 Chapters (Completed)

Ye Qing transmigrated into a novel. She was only an unimportant character in the novel, and she was free to live a wonderful life by herself.

But, her happiness was short-lived. One day, an adorable girl that looked around three-year-old popped up and called out in a milky voice, “Mom.”

On another day, a cute and handsome twenty-something guy hugged her. With tears in his eyes, he said in a voice that was full of affection, “Mom!”

After Ye Qing had somehow inexplicably become the mother of two children, she discovered –

Neither of these children were human!

One day, a little girl pulled a certain big boss to the side to whisper, “Dad, mom was patting my head when she was telling me a bedtime story. I felt too comfortable, and I accidently swung my tail out. Mom seems to have seen my tail. What should I do? QAQ.”

One entry per line
每天都在被幼崽们碰瓷

These are recommendation lists which contains The Jilted Male Lead Hires a Mother for the Cute Shapeshifters. You should give them a visit if you're looking for similar novels to read. Alternatively, you can also create your own list.
More Lists >>>

I would describe this novel's MC as someone that works smart not hard. I like reading her clever comebacks that leave people speechless and how she turns her enemies against each other, then sits back to enjoys the show they put on until their just deserts arrives. And, the daughter and son's POVs are so cute! You definitely see how they're influenced by their animal forms and how much they love their mother. I started reading the story because of the cute cat daughter, but I like the MC's personality more... more>> and more with each new chapter. The author does a good job balancing the right amount of cute and silly scenes with interesting storylines and characters. I thought MC's past history with the male lead is interesting, and I'm curious how their relationship will develop. Edited to add 3/11/20: After reading the finished story, have to agree with Agathe's point that the story unfortunately don't go anywhere. The set up portion of the story was so interesting, but then the author disclosed that she got writer's block 1/3rd of the way through the story, and even though she tried to power through and finish it, the middle and ending isn't as good as the beginning. Even the cute cat daughter couldn't save the story. <<less
26 Likes · Like Permalink | Report

I MTL-ed it. Very cute story. It is a fluffy story with a HE. Don't expect too much in terms of angst, drama, and story building. Severe SPOILERS. Don't read below unless you cannot wait. ... more>>
Spoiler

The FL is actually in her third world currently. Her daughter, the kitten, is from her second world, and her 20 yo son, the alpaca, is from her first world. The ML is the father in both worlds. Her task was to make the ML fall in love with her and then hate her. The first and second worlds are similar in that she betrayed him in similar settings. Although her tasks were completed in both worlds, she didn't return but instead, her soul lingered and followed the ML for years until his death. She felt guilty in the third world for treating the ML that way. However, the ML is actually a god-like existent too and his goal was to be the ruler of all worlds. But to be a ruler he has to pass assessments such as experiencing emotions. He didn't pass the love/hate criteria so the FL was created just for him in those worlds so he could pass. Afterward, FL was supposed to be "deleted" since her task is accomplished but ML created the third world for her. The task is "to make the ML fall in love and have her fall in love with him". Very cute.

However, the aunts in the beginning doesn't come back. Nothing is mentioned of them again. Granted, the third world is just a setting for the FL.

Great ideas, few cute bits, some good fun, loads of non sense and uneven content, side by side and going... nowhere ? To sum it up, there’s much a do about really nothing... which is really sad because there really were some interesting ideas emotioneless characters basically won’t hit your mirror neurons, there’s no character development and plot wise, nothing connects the MC and ML are boringly indifferent, the girl parts are cute, but boring, the romance is non existent... but, the son parts can be really fun (so 2... more>> not zero) <<less
10 Likes · Like Permalink | Report

The MC basically transmigrates then chucks the plot and all plot information away. I have seen novels where the MC is acting chill about ignoring the great and mighty Plot-Sama, but this lady REALLY takes the cake. So far it seems like some cute, healing fluffiness with a good dose of faceslapping sprinkles ontop.
3 Likes · Like Permalink | Report

Well it's actually not that bad.. Just missing important plot for their past life. Later in the last chapter, it's only about the couple minus their children. I give it three because it's not that sweet also not that sad. Just so-so.
1 Likes · Like Permalink | Report

The beginning was so good but the quality sadly drops. I cant bear to finish it and tarnish the beauty of it so I am leaving it here. The translation is on point and this is a good story to start and then write your ending for hahaha
1 Likes · Like Permalink | Report
Leave a Review (Guidelines)
You must be logged in to rate and post a review. Register an account to get started.