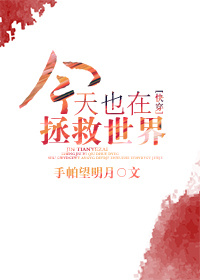 One entry per line
手帕望明月

Status in Country of Origin. One entry per line
39 Chapters (Complete)

Unfortunately, after being a doctor for 10 years, he lost his job because of a very handsome man.

What should he do?

520: Congratulations! You have been successfully bound to system number 520. The Save the World Task Set is coming soon……

So, today Doctor Ye is busy saving the world……

520: Lies! You are clearly trying to pick up guys!

Ye Huai: No, I am very dedicated to fulfilling the great ambition of saving the world.

Narcissistic and Complex Shou X King of the Silver Screen Gong, along with the newborn system number 520 whose three views are crumbling and reestablishing every day.

These are recommendation lists which contains Still Saving The World Today (Switching Worlds). You should give them a visit if you're looking for similar novels to read. Alternatively, you can also create your own list.
More Lists >>>

I never expected to love the story. I would adivse this for reading as it is very entertaining and the translation quality is great!
Spoiler

This is one of those stories where the interaction between host and system are entertaining and the gong is possesive.

I love the MC's personality through the entire story. He made the story very enjoyable. ... more>>
Spoiler

I disliked how the ML changed a bit from his slightly yandere obsessive self in the other stories to his 'true' self in the real world, although I do understand why the change was there, considering those characters weren't really him but a personality he had to act out due to his system and his own missions to fulfill aka trying to raise MC's goodwill to 100% and date.

I feel like the ending was a little meh, cause I spent it being annoyed at the ML for being too clingy and needy versus the 'I take what I want' attitude from the first 2 arcs that I got used to... so it was a bit of a switch. Still, it is healthier in terms of an actual relationship, and ML still wants to monopolize MC's time like the other characters, so it wasn't OOC.

But the ML being reborn from a past life and having missions was a big 'WHAT?' moment. As a whole, the story was good, but the ending could have been fleshed out a bit more to help with the OOC bits and to show the MC falling in love with the current ML.

This story is great and I'm already laughing my a*s off from the very first chapter. The MC is really have a bend personality, and the system go from an innocent one to a crooked system as time goes. The translation is great and the MC, thought a little crooked, is very likable. Definitely worth reading I say, but since it was alittle bit early to judge it, I'll leave the rating aside for the moment. Thank you for translating this translator!
8 Likes · Like Permalink | Report

Sigh.... I. Really like the MC of this novel. He is straightforward about the fact that he likes to do it. The ML on the other hand is disappointing in the first arc. He is a successful businessman like all the cliche but has an EQ as low as a piece of sticky clay on the ground. His brain process takes 2+2 and produces -1, it really killed the fun because I believed he could have been smarter. Next, the system is not heartwarming at all! It deducts the MC's points if... more>> he cusses, like who brought this kid into an adult novel? Not cute! Another thing is, the MC talks to the system more than he talks to the ML. With the male lead, the communication is mundane (ML jealous, ML press down MC like caveman, ML do MC till his waist breaks, the same thing over and over with interludes of jealousy and possessiveness under the excuse that the MC cannot OOC). The MC actually has more fun interactions (with his real, lecherous, perverted personally) with his system, at a point I thought the ML was just a bodywarmer and the system was his... Well moving on. If you like (really like) those forceful acts but with a twist that the dirty-minded shou is pretending to be a innocent, inciting the male lead to push him down and do him till he cries (mostly pretends to cry), then go full steam ahead. If you don't like such stories, still go ahead, this shou is the real puppet master here. <<less
5 Likes · Like Permalink | Report

While I find this story quite interesting and funny due to the shameless protagonist, one particular aspect of the story (or at least the first arc, since I have no idea what the other arcs are about) slightly bothered me. I feel like it's something that needs to be mentioned, since it could be a possible trigger for some readers. If you don't want to be spoiled, then just keep in mind that the gong is a yandere (or at least super possessive and forceful). Why is that not in the... more>> tags?? LMAO.
Spoiler

I have no idea how to describe this. The MC actually likes s*x with the gong but has to pretend he doesn't because of the OOC penalty (the body he is in is straight). Is that considered r*pe still? Some people might see it as rape, some people might not. Either way, I felt like it should be mentioned because that kind of thing could trigger someone. Personally, it didn't turn me off enough to stop reading, but it definitely was... not okay. Especially how the gong didn't really consider the MC's feelings that much and constantly has rough s*x with the MC. Like dude, chill.

[collapse]
The gong is not exactly my favorite character. To me, he's kind of one-dimensional due to how domineering and yandere-ish he's protrayed as. Some people might like that kind of character though, so whatever floats their boat. Maybe he'll be more developed in other arcs. What really kept me reading was the relationship and conversations between the MC and his system. The MC is super shameless, and I adore him. He's so shameless even the system gets affected by him, haha.
Spoiler

While I don't like that the gong was being forceful and rough towards the MC, I definitely had to respect the MC, who personally likes that kind of sex. The man is a kinky boi and he ain't embarrassed about it. It's hilarious how he intentionally tries to make trouble so that the gong would "punish" him with s*x later. The MC has questionable morals, but at least he embraces his own shamelessness. How could you kink-shame someone like that? (Exactly, you can't. And the system can't either, haha!)

[collapse]
While this story wouldn't be the first I'd recommend to someone, it could be a good read for people who prefer yandere gongs and super shameless shous. <<less
4 Likes · Like Permalink | Report

I'm sad that this is so short. Only 3 worlds plus real world. The MC is smart and shameless and the ML's personality varies from one world to the next ... more>>
Spoiler

yandere in the first and then not so much in the second and not at all in the third and his personality changes in the real world arc; he turned into a clingy puppy that annoyed me to no end

[collapse]
i did, however, think the ending arc was mostly well done and I thought the MCs reactions were easy to relate to (i'd be pretty pissed off). <<less
0 Likes · Like Permalink | Report
Leave a Review (Guidelines)
You must be logged in to rate and post a review. Register an account to get started.