Novel Updates
RegisterLogin
Theme
Search
Your changes has been saved.
Power and Wealth 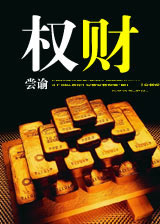 Status in Country of Origin. One entry per line
2030 chapters (Completed)

An accident let him have a special ability to turn back time up to 1 minute. When he said the wrong things in front of his leader, he was able to return back to 1 minute before to correct what he said. During jade stone gambling and there was no jade inside, he turns back time to pick another stone. When the woman he likes met an accident, he can return back to 1 minute before to save her…… A small fry’s rise through the ranks of the government service starts……

One entry per line
权财

Extraordinary Genius (3)
Still, Wait For Me (1)
Very Pure and Ambiguous: The Prequel (1)
My Girlfriend Is Really a Superstar (1)

These are recommendation lists which contains Power and Wealth. You should give them a visit if you're looking for similar novels to read. Alternatively, you can also create your own list.
More Lists >>>

Brilliant. Power, and Wealth is an unique insight into China's hierarchy. A world of false etiquette, submissiveness, networking, nepotism, and connections. For anyone to thrive in China's political environment they either have to be Red Nobility, or utterly ruthless. Alternatively just like our hero, they can have have a 'cheat' - when I think 'back', time will reverse by 60 seconds. Not as OP as some other cheats, but for those with exceptional concentration...60 seconds can mean the difference between being a living millionaire... or a dead unknown.
15 Likes · Like Permalink | Report

Finished this novel a while ago. For me, it was quite the journey. Though, I'm quite unsatisfied with the ending. The novel was really good for the first 1200 chapters, after that, it just spiraled down into a pile of mess. Anyways, here is my review: The plot: This novel had a quite simplistic and repetitive plot. That being, MC doing his job -> MC gets pissed off by somebody -> MC gets that somebody back -> That somebody gets the MC back -> MC ruins that somebody's life... more>> -> That somebody calls in backup -> MC ruins that backup's life -> MC is safe and sound -> MC doing his job -> MC discovers that the people in the erea he is governing is underdanger -> MC saves their life -> MC gets praises -> MC gets promoted -> MC goes somewhere else to work -> Repeat. Of course, there are some exceptions, but it mostly goes like this. Some events I mentioned might be replaced by different type of events to make it seems not that repetitive. As long as you ignore some of the repetition, you should be fine enjoying the novel. The Powers: You don't expect the MC just to have only the power to turn back 60 seconds in time, do you? No, it would get boring pretty quickly. And I have some good news for you! As the novel goes on, he gets more powers to serve his political life.
Spoiler

Back: It rewinds time at the user's will. If the user says only "Back", it will rewind time by 60 seconds. The user can, however, rewind time less or more than 60 seconds by adding some more information at the end of the command. For example, if the user says "Back 3 seconds", time will rewind by 3 seconds, "Back 5 minutes", time will rewind by 5 minutes. Of course, this is assuming that the user had accumulated 5 minutes worth of time to rewind.
Menu: Shows the remaining accumulated time. 60 seconds worth of time will be provided at 00:00 everyday.
Stop: Stops all time activities except for the user's own time. The MC used this command to perform magic tricks and create proof that he totally didn't kill anybody because that somebody tried to kill his girlfriend. I mean, as much as I love your complex schemes and stuff to get back and humuliate at the ones who've wronged you, you could've just done it with a much more humiliating, simple and funny way, like, unzipping and making their pants fall off in public, putting porn pictures in their pocket or putting a banana in front of their way to make them slip in front of everybody. Lmao, I could only imagine how funny it would be if he did that.
Reverse: Rewind the time of one specific object. This might seem useless at first conpared to Back, whose power rewind time of all Objects to a previous state. But, this is actually one of the most useful commands as one second of Reverse will rewind an object back one day. This means that the user can use 10 minutes of accumulated time to rewind an object 2 years! Cancer? Reverse. Your beautiful face is ugly now? Reverse. You're an old man now? Reverse. Oh, your bones are broken? Use Reverse goddamit.
Forward: Brings an object into its future state. One minute of Forward brings the object's state one day into the future. The effect of Forward is 60x less than Reverse. The only real use of this command in the novel is to bring the MC's mail box one day or one month into the future and read the newspaper of the future.
Slower: Makes time goes slower so you can put out 1Million punches into the opponet's face in less than a second. Or with the combination of Back & Reverse, you can perform a god-like surgery that no human should be able to perform.


[collapse]
The commands, while fun, get use less and less as the story progresses. At some point in the story, it is only ever use to fight. And the author doesn't even show him using those commands at that point in the story. The Ending: When you get to around 1700s chapters, you can see that the author has gained a clear interest in Superstars. And I think that's the reason the novel ended at 2030 instead of 3000 or 4000 chapters. At the end of the novel, the MC is clearly nowhere near of the apex of his carrer yet and his next novel is IRAS, so I can safely assume that his interest in Superstars was what that killed this novel. <<less
10 Likes · Like Permalink | Report

Read it all The author clearly has a thing for older women in stockings. Main character sleeps around and doesn't care if they are married or not. Story feels both rushed in the that everything in the almost 2000 chapters happens in just a few years, but many arcs are dragged out far longer then they need to be. Having put all the time to read it in, the ending is extremely unsatisfying as the author decided to call it quits as the MC starts getting higher up in the political systems and... more>> rushes to the end. Despite it's many flaws, it managed to keep me interested enough to read all the chapters (maybe skipped a few of the dragged out chapters), so still giving it 4/5 despite the ending. <<less
4 Likes · Like Permalink | Report

Slice of life of the very ordinary, very Chinese people. The MC has the most feeble OP, but he uses it to its max potential. This novel is definitely not for Western country's reader. Seem like the translator wiuld drop it. Just now or then.
4 Likes · Like Permalink | Report

Trash novel. It was entertaining for the first 200 chapters and went downhill from there. The MC is beyond immature, a cheating bastard and never learned anything from his mistakes. What a mess. I am surprised by myself that I had the stomach to finish this novel. Although, I skipped a lot of chapters because of its nonsense.
0 Likes · Like Permalink | Report

I really tried, but the MC is beyond stupid, and the plot is beyond repetitive, the thing that I hate is the MC's personality, the opposite of calm and collected. He has a side character personality, when talking to his bosses in government, he's always fidgeting, shaking and stammering, if there is problem at work, he always keeps saying fine well see but he does shit, he panicks a lot and doesn't plan or be proactive against his enemies, solutions come to him in a way that insults our intelligence,... more>> he reacts to his enemies instead of being proactive, which is always a sign of lazy writing I personally skipped every conflict because how the author makes the character solve it is unfullfilling and always leaves a bad taste in my mouth. This is my opinion, other people may feel differently. <<less
0 Likes · Like Permalink | Report
Leave a Review (Guidelines)
You must be logged in to rate and post a review. Register an account to get started.

I Don't Want To Court Death!