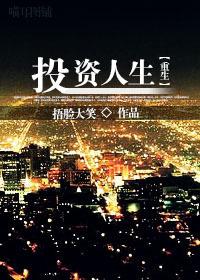 One entry per line
捂脸大笑

Status in Country of Origin. One entry per line
226 Completed

If you had a chance to live again, what would you do? Earn money, hold onto a thick leg, just find someone to live a happy life with? Ha ha… Stepping on the beat of the times, riding the wind and breaking the waves, strategizing, using your knowledge to change yourself, and everything around you, come back! The reality flows to the plot, the golden fingers are thick, slow, and cool.

One entry per line
[重生]投资人生

These are recommendation lists which contains Investment Life. You should give them a visit if you're looking for similar novels to read. Alternatively, you can also create your own list.
More Lists >>>

Wow, what an unconventional BL novel! (What's up with all the 1 stars?!) I came here after reading Epiphanies of Rebirth. It's a similar setting, set in the 1990s. Both novels have their charms. Epiphanies of Rebirth focused more on family relationship and friendship while Investment Life narrated the economic events of the 1990s. I recommend reading Epiphanies of Rebirth first to get a rough idea of the 1990s. Investment Life will go more into depth about the major events during that time period. To be honest, I went in expecting something... more>> light like Epiphanies of Rebirth. But what I got was the entire history of the US and Chinese financial and technological market of the 1990s. It kicked start with the Shanghai stock exchange, to the development of VCD, CD, DVD, Sony, Times Warner and mobile communication. Readers also got to read about Wall Street, Goldman Sacs, Silicone Valley, Sand Hill Road, Netscape and even Blizzard's World of Warcraft, lol. There's even mention of Gay Pride Parade! Yes, this novel isn't limited to just China. The MC practically flew to the US every month for investment discussion. If you're into stocks and speculation, then this novel is definitely the one to check out. Hedge Funds, tiger funds, venture capitalism, etc. Most of the details went over my head. (Some got lost in the MTL) The author handled the MC's interactions with foreigners fairly well, no overtone of racism. The only people who got dished were the Japanese (but that was mainly because the MC was fighting with Sony over the Hong Kong and Southeast Asian market, I think MC gave it up at the end?). This novel is very slow paced. If you want the romance... hehe, wait like 100 chapters. I was super interested in reading about the market and MC's strategy initially, but the interest waned after like 80 chapters. I started skimming through his business talk and R&D with his partners. But then the romance kicked in and it was totally worth the wait. Expect an unconventional ML and unconventional MC. Even their position is unconventional.
Spoiler

They switched position, there's no designated gong or shou here.

[collapse]
What stood out to me besides the in-depth market discussion is the ML.
Spoiler

The guy came from the a powerful family but he's not OP. When he first shows up, most people wouldn't even expect the pairing just cause he's a second generation master type who only likes to hang out with his friends and drinks. To be fair though, he's still in college. But after meeting MC, who's younger than him and more talented than him, his competitive spirit got sparked. He started becoming more responsible and made his own company. He didn't really manage to win against the MC, financially. But he's the type who would give his all even defeated.

His personality is the loyal dog type. If a person gets his trust, he's willing to risk all for that person. He was a straight guy before he met the MC. Poor guy, he had to learn how to be bent and do all the chasing cuase MC was never going to take initiative after getting burned by his old flame.

[collapse]
And seriously, this novel has the best ending on market. If you can hold on till the end, it's a sweet reward of their family life!
Spoiler

They managed to get two kids (twins) via IVF and surrogacy. They DNA test the kids lol to find out which one belonged to MC or ML. They got one each. If you want more details, read the book, haha.

[collapse]
The MC in this novel really started from rock-bottom, not like the MC from Epiphanies of Rebirth.
Spoiler

His parents were low-income factory workers. Because of money problem, he dropped out of school at 15. To get his starting fund, he drove long-distant truck for like months and moved goods on the side. What turned his fortune was the 1990 Shanghai Stock Market.

By 2000s, he became one of the most famous investors. His company, Lapis Lazuli (at least that's what MTL call it) was famous in both China and the US.

The ML developed in real estate. He never managed to beat the MC, lol. But by then, he didn't really care. He just wanted to spend the rest of his life with the MC.

i only got through chapter ten with MTL so it's a little early to rate it. I rated it anyways. There's a lot of stuff going on in the story that's really confusing without a basic understanding of Chinese laws and way of life outside of the big cities in the 1990s. MTL makes it even more confusing. I read until he quit school and gave up. There was just too much I didn't understand without knowing the context, like why at age fifteen he was still a junior high... more>> student. Why his parents freaked out so badly when he helped his friends mom sell gloves. Etc. Sadly, I can't comment on the ML because as far as I know, he hasn't met him yet. I don't know how exciting it will be in the future but it was kind of dull up to chapter ten and there's no humor to help it along. If someone picks it up and translates it I might try again. I'm not stressed if they don't. <<less
1 Likes · Like Permalink | Report
Leave a Review (Guidelines)
You must be logged in to rate and post a review. Register an account to get started.

Princess of the insurgents