Novel Updates
RegisterLogin
Theme
Search
Your changes has been saved.
How to Fall in Love with the Villain

Home >
Novel >
How to Fall in Love with the Villain 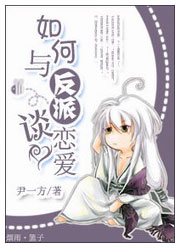 Status in Country of Origin. One entry per line
84 Chapters (Complete)

Q: How would you approach your target?

Tiger Tribe:
Jiang Yu (excited): “Cure him, give him medicine!”

This is a collection of three short stories in which each protagonist crosses to another world or is reborn.

One entry per line
如何与反派谈恋爱

These are recommendation lists which contains How to Fall in Love with the Villain. You should give them a visit if you're looking for similar novels to read. Alternatively, you can also create your own list.
More Lists >>>

I got confused when read the ending, but when I read the summary back, I got it! This is not multiple world tag like QWFOD, but rather 3 stories with dofferent world and story!!! I wont spoil anything, just wanna recommend this is very interisting tht I cant choose what story better than the last. Each world have a unique character and story. Character of each world :... more>> First world Cheerfull (Fake arrogant) uke X Cold seme Second world Genius and cold uke X temperamental seme Thrid world Violence uke X Obedient seme. But all seme in here are basically same personality, like possesive and obedient to uke. But well, they have slightly different to each other. We have three world here. Beast world, future world, and ancient world. Choose ur own favorite world and enjoy the story ^_^ <<less
33 Likes · Like Permalink | Report

I love the story so far, and the translator is really good at translating not only the literal meaning, but also the cultural equivalent, he/she puts notes up for convenience of understanding. the first arc is from ch1-25, I'm pretty sure and it's pretty good! But the second one (The one I'm in now) is sooo much better and it's sooo good! The reactions if ML is so kawaii!... more>> (The above is no longer valid) to translator, I'm not posting comments cause I really don't want to make an account and I need to "sign in" to do that. But that doesn't mean I don't love it! <<less
6 Likes · Like Permalink | Report

Love it until now (my chinese is too crappy as that I could read it raw) It's cute, has good characters and a nice twist Another good point is that
Spoiler

there is no "bam!" love at first sight for the male lead and the first real meeting between them (slightly after the MC crossed over) endet with the MLs realistic/reasonable reaction instead of a Gary Sues "everything-that-was-done-until-now-is-forgotten just-because-of-this-one-act" meeting

Stopping at 70 because I cannot take the third story anymore. ... more>>
Spoiler

The third one is in Ancient China setting. The MC is the Royal Teacher (I think) while the ML is the Prince/future king.

The reason I don't want to continue reading it was because the MC's yiniang managed to hypnotize him to hate the Imperial family. The author made the MC quite OP and equipped with a quite useful (MC said that) system but let MC get hypnotized by a lady from a brothel?!

The reason the yiniang managed to hypnotize MC was because she stabbed MC with some tool. And MC thought it was nothing worth notice. The author keep saying how vigilant the MC was but made him ignorant at important junction? That felt very weak and forceful.

I stopped at the part where MC acted super cold towards ML because of the fake memories planted by the yiniang. I don't like this kind of dog blood plot :v

Is a very good story! well 3 stories better say. So far I'm at the second one. (my fav) Anyway, there are 3 stories with different characters. Its not the same MC and ML. First world is an ABO the second one is set in future. It's very well made, the only minus I give is for the very slow translating. Let's face it, mostly all of as here with an account or even more without, we wait for the translation. And when is so slow is a very big... more>> turn off. And more people drop a good story bcz of it.... (gave a 5 anyway) <<less
3 Likes · Like Permalink | Report

Chapter 27 is the first arc. I read up to that. Nice story. It was pretty short but okay. The first arc is like an ABO world. The main character died in his original world and transmigrated into the body of a male who can give birth. They are known as "females" in that world. LOL, yes it is MPreg. The world he transmigrated into is a world of beastkin tribes who live in the forest. There are three types of people: A - shapeshifters, B - chimera, and C -... more>> "females" (they are actually males who can give birth). So yeah, it's pretty weird. ;) The MC and male lead have a "childhood sweethearts" type of love story. It's sweet and fluffy but there were a few annoying side characters who scheme against them. I look forward to the other two arcs. I rated the first arc 5 stars. <<less
3 Likes · Like Permalink | Report

It's good, but the pacing is a little fast for me, which is why a story that should be cute ends up only making me angry from all the one sided villains. There isn't any character development. Even when the main character is "raising the villain" the villain mostly raises himself and being an twenty year old adult from a different planet in a different ers has nothing to do with the story. There isn't any character development so at the beginning the villain is aggressive all the way to... more>> adulthood. <<less
3 Likes · Like Permalink | Report

I liked it. I binge read the whole thing in 1 day. All three arcs were unusual in their own way. Arc 1: The dynamic was cute and it was fairly paced. There are some time skips but Honestly loved it. The characters were also kinda cute and relatable.... more>> Arc 2: It was kinda unusual dynamic but still cute. The relationship was fast this time but kinda understandable since but of them are inexperienced as hell and very staunch decision makers. Arc 3: Many people say this is dogblooded. I kinda agree but not wholly. The part where people say MC could cut the ML from some slack - I think the MC was right since the ML was ready to attack the MC at any given moment and the ML himself knew that MC was not harming him. The part where some people dropped it where MC started acting in a certain way - That was solved in 1 chapter. If you had a little bit more patience you could have finished it. Overall the novel was good for a light read. I would like to remind that the arcs are not interconnected and the protagonists change in each arc. The protagonist in the 3 arc is related to protagonist of the2 arc but that's it. Just take it as 3 different short stories. It's good enough for a light read and I am not saying it has no flaws cuz it has but I wanna make the rating a bit higher, hence 5 stars. The translators did an Amazing job! It was understandable without any confusion. The MTL was also easily readable. Plot per arc: 4/5
Characters: 3.5/5
Translation: 5/5
Main CP's:
1. 4.5/5
2. 4/5
3. 3.7/5 <<less

Ngl I have no idea why the ratings are so high.... it feels like it was written by a preteen, and all the plot and character developments are very shallow. Everything just feels so convenient. MC has a one-track mind with very limited IQ, idk what else to say. He's supposed to have the mentality of a 20-year-old, but I'd believe it if he was 10 instead.
1 Likes · Like Permalink | Report

The 2nd arc MC is too damn cold and indifferent toward everything except for mecha. Even though MC and ML in the 2nd arc later got together he's still prioritizing mecha rather than his lover omg im so mad? I feel pity toward ML haha At least indulge and spoil your lover a bit don't you? It feels like only ML who's in love and MC only go with the flow smh. The 1st arc is better.
1 Likes · Like Permalink | Report

my favorite arc was the first one, it was really cute and fluffy. the second arc's couple dynamic was kind of unusual, but they were adorable. I'm stopping at the 3rd arc, though... too much dogblood. (not really a spoiler, more like comments about the 3rd arc. but it's best to be careful ^♡^)
Spoiler

i especially can't stomach the interaction between MC and ML when ML was still a child. ml's still a little steamed bun, can't MC cut him some slack? (；´д｀) ゞ

I was actually expecting more. Plot wise, the story is too simple with stretching chapters just to reach to a certain point. The author seems to want to balance each of the characters existence hence separating each roles available at hand. Other than that, the similarity between the character names and the situation described is really confusing to read at some point. The MC can be explained basically as a newbie person involved in the QT segment. He's not too OP nor too pitiful.
0 Likes · Like Permalink | Report

Only for 2nd Arc- As far as what I thought, I never decided to continue anymore I only read the 2nd arc because of the setting but it was unsatisfying because there are too much missed information, and MC and ML interaction in it is not very intimate if we are talking about the story being descriptive but anyways they kissed tho. I really like the MC he doesn't talk that much but I wish he interacts more with the ML. ML is a person that has 0 patience and gets angry... more>> fast complete opposite of MC. I don't know about this one but when did they even started liking each other... The story itself is kinda vague about descriptions and I'm left out in a predicament. I never cared about other stuff when I read BL novels and only pay attention with the ML and MC's interaction.I only care about romance moments and intimacy between them. If we are talking about the plot and how it is written I doubt I can even rate it 3 star but it was entertaining because it's futuristic with the MC a maker it's kind of the same as forty millenniums of Cultivation but a BL one. I just, just love the MC. Wow I wish I can find another novel that has MC like 2nd arc.I really like him I like his temperament he is so cute just imagining it is killing me. <<less
0 Likes · Like Permalink | Report

I only read the first part (1-25) and I was kind of hoping that the different worlds have correlation to each other but they are completely different. So I just read the first story since it has the mpreg I am craving for. I am happy with the way the story has gone though the ending could have gone longer. I felt that it's too short. But credits to the author for not dragging the drama unnecessarily. As justice was served, the story also ended.
0 Likes · Like Permalink | Report
Leave a Review (Guidelines)
You must be logged in to rate and post a review. Register an account to get started.