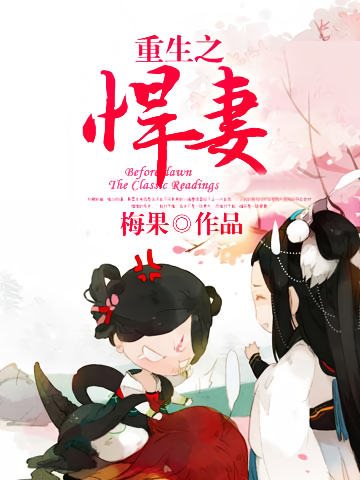 Status in Country of Origin. One entry per line
Completed (1533 chapters + 4 extras)

One entry per line
3G书城

The army drillmaster Yu Xiaoxiao (玉小小) [aka “Little Jade”] transmigrated from a zombie apocalypse world into the body of the eldest imperial princess. On her first day, she got hitched to young General Gu Xinglang (顾星朗) at the lowest point of his life: unjustly accused, imprisoned, and tortured. Ever since then, the valiant girl who only knew how to eat, sleep, and fight zombies tied her destiny with the brave general who was loyal, patriotic, stern, and taciturn.

With the country weak and enemies on all sides, the imperial palace is full of spying concubines, sycophant officials, and a fatuous, self-indulgent ruler. Beyond the court lies the populace suffering in dire poverty. Faced with these circumstances, General Gu only hopes that he can help the imperial court restore its discipline and give peace to the people.

But his wife and princess says, “Your wish is too grand. Let’s go take over the kingdom ourselves instead!”

“…….” General Gu could only remain speechless.

How does one become a royal favored by the annals of history? Yu Xiaoxiao is convinced that a truly good princess is one who dotes on her husband!

These are recommendation lists which contains Heroic Wife Reborn. You should give them a visit if you're looking for similar novels to read. Alternatively, you can also create your own list.
More Lists >>>

Unbearable. The idea was interesting. A female from an apocalyptic world transmigrated in the body of the only daughter of the emperor. The ML also has an interesting backstory as the third son of the clan of traitors. The idea of a wife pampering the husband is fluffy and all. However it was executed poorly. Everyone is stupid. I can understand the "straightforwardness" of the MC based from where she come from. But it's unbearable how stupid she acts. As a person from an apocalyptic world, can she remain such a simpleton? People... more>> show how cunning they are to snatch resources from each other in an apocalyptic world. Yet MC don't think of the consequences and just does what she wants. Whatever the problem? Kill! Just kill. It was done in a supposedly funny way but it's plain childish for me. There are a lot of loopholes like where she got the strength she has. It was not explained well. It talked about evolution of the human body and all but considering the fact that she transmigrated, that backstory was kind of useless. I mean, seriously? Her soul transferred in a body that can't even kill a chicken and there's an explanation about evolution? Clearly, she forgot that her evolved body is dead and not the one she's using. It would've been better if she said that she retained her experiences in the past to fight instead of explaining evolution to the readers. The antogonists... they could've been more promising. But they're just half baked intelligent. The emperor is stupid. I don't know how he ascended to the throne with his pig head. Overall, this story set in ancient time won't work without a powerful PLOT ARMOR. And this story has a pretty thick one. I don't know if this will get better in the future. I can't stand it anymore even if I want to read the fluff. P.S.: I don't know why there's a need to put 'zombies' as tag to this novel. Zombies were only mentioned to remind readers where the MC came from but zombies did not appear from where I left of. Judging from the story type, zombies won't appear so I guess it's misleading to put that tag when the zombies are not relevant to the story. The zombies are just part of the backstory. But who knows, maybe there's a reason for the tag. Afterall, I barely read the story to know much. <<less
3 Likes · Like Permalink | Report

Okay, at this point, I think it's more fitting to switch the MC as the ML, since the MC really fits the ML's role XDD The MC is now the new ML (changing it to mean "Main Lover" for PC purposes). Sorry, old ML. It's not that you're not a good ML, but your wife is basically stealing all your ML flags. Actually, I think the ML fits better as being called the new MC (as in, the "Maiden Character") because he's such a "shy youth." XDDXDD I've read UPX but... more>> think I like this story better. The ML (new MC) is certainly more likable so far and the story is an easier read. But if you like UPX, then you'll like this story. Recommend this for anyone who likes gag-type humor and an utterly shameless MC, er, I mean, new ML XDD. <<less
15 Likes · Like Permalink | Report

I'M SQUELINGGGGG!!!! ASGFHJSJSNFLKLL. This novel is indeed long, but I think it's worth it. The ML is soooo much better than Lou Zigui from UPX.
Spoiler

As usual, we have a hilarious MC here. The ML was a general who almost got sentenced to death with his clan. The MC surprised when she knew that the world also had zombies. The zombies were from a prestigious temple. The ML was also sent to the temple -to study-, and from some boys, only he managed to survive

This is so funny and unique. The MC wakes up in the body of the Emperor's daughter after having survived a zombie apocalypse and she's retained all her stats, which sure makes things interesting. So far I like the ML, but it's too early to tell what their relationship will be like or even where this story will go. I enjoyed this so much I actually checked this author's other translated work, kind of regret it. Very similar concept, MC transmigrates after surviving a zombie apocalypse with all her stats. Her... more>> and this MC just felt too similar, and the constant talking to animals was a bit too much at times. Still, HWR seems interesting and it makes me feel happy so far. <<less
6 Likes · Like Permalink | Report

Omg, the new story from the writer of Unruly Phoenix Xiaoyao. I already read until chapter 5, so far the plot of the story is amusing and funny like UPX's plot. This MC is Yu Xiaxiao and transmigrated from Apocalypse era. Her emperor father is a stupid man and loved blindly his consort Zhao who has a black heart and harm the MC and her little baby brother. However, the first day XY transmigrated to her new world, she already throw consort Zhao to the pond and jump from the... more>> window with her stupid father emperor. And also her stupid father emperor decreed that Xy to marry the third son of the Gu family. I still wait more chapter to understanding the plot. However, I believe this story will be same funny and amusing like UPX. Thanks to the translator to bring this novel to all of the reader in Novelupdates. Com. <<less
6 Likes · Like Permalink | Report

Hilarious read. The Princess is the empowered but awkward female lead I've been longing for in a story. Her antics are priceless. A definite must read.
5 Likes · Like Permalink | Report

Thoroughly enjoying this story thus far. As always, don't approach a comedy and expect anything deep and ground breaking. This is silly and sweet. Keep your expectations right there and you'll never be disappointed. I happen to like the main character. Some may say she's dense but it's really just a matter of culture. She's use to blunt survivalism, not political intrigue and fancy speech. Her values are vastly different as well. Its not her fault she doesn't understand half of what people are saying to her. I like her decisive personality.... more>> She also has her priorities straight. She knows who to favor and who to zap. 😂 The ML is shaping up to be top notch as well! <<less
5 Likes · Like Permalink | Report

My gosh!!! This is a funny story.... im looking forward for the romance between the new husband and wife😍😍
5 Likes · Like Permalink | Report

This novel is a real gem. This honestly deserves high ratings. There may be people who wouldn't like the FL personality, but it compliments the story line and other characters well.
4 Likes · Like Permalink | Report

Excellent fluffy and heroic read so far. MC is a super strong drillmaster from a zombie apocalypse (who also knows some basic field surgery and medicine) who transmigrates into the body of the only legitimate princess in an ancient Chinese-ish country. She's got her priorities straight, villains get beat up, and good guys get rescued by her. Other countries and their strongmen and politics are also introduced, so I hope the story continues to be this good for all 1537 chapters. I really like the heroic MC, world building and... more>> fun secondary characters. The ML is a cutie-pie. Lots of little comedic moments. Translation is also excellent. The plot is refreshing and exciting - the only similar storyline I've read is Unruly Phoenix Xiaoyao, which is also the author's work. <<less
4 Likes · Like Permalink | Report

This novel is AMAZING. Cannot recommend enough. Tomboyish, OP female x intelligent, weak (? So far) male, with LOTS of comedy. I can't stop laughing every chapter. Lots of fortunate "misunderstandings" that keep the plot rolling, with tons of humor packed in and a few tender moments too. This is similar to Unruly Phoenix Xiaoyao, except this came out before UPX so it's more original, and it's more enjoyable than UPX. Major props to the translator, who has been producing nearly flawless translations at a constant, regular pace (daily). 5 stars... more>> hands down! <<less
3 Likes · Like Permalink | Report

The novel is fantastic because the Protagonist is exactly how she should be, maybe a bit god like but definitely not a Mary Sue. Unlike other novels, she doesn't know how to scheme at all but gets lucky to see a potential future. With this knowledge she's able to avert the first scheme for her removal. However after that it's just blind luck and her husband and his family helping with scheming. I also feel the novel does a good job making her ideals make sense in the world she... more>> comes from. <<less
3 Likes · Like Permalink | Report
Leave a Review (Guidelines)
You must be logged in to rate and post a review. Register an account to get started.

Revenge of the Young Lord

They Were All Nobles
Advertisement