Novel Updates
RegisterLogin
Theme
Search
Your changes has been saved.
As an Elder Brother

Home >
Novel >
As an Elder Brother 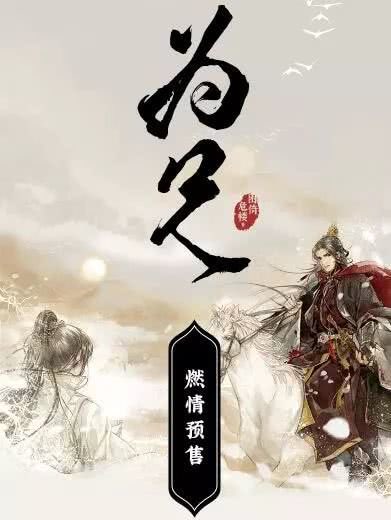 Status in Country of Origin. One entry per line
36 Chapters (Completed)

He Tingzhou bitterly searched for many years for his little brother, and unexpectedly found him among his own male concubines in the end…

The Founder of Diabolism (1)

These are recommendation lists which contains As an Elder Brother. You should give them a visit if you're looking for similar novels to read. Alternatively, you can also create your own list.
More Lists >>>

I used DeepL to read the chapters that haven't been translated but the group's translation so far is excellent--one of the best I've seen so far. The story itself is the kinky kind of angst typical in many smutty bls, doesn't stand out much but it's still quite an enjoyable read. This book is not for you if you're not into incest and r*pe-turned-love though. Plot: ... more>>
Spoiler

ML r*pes and ruins MC's hand 3 years before the start of the story after MC foolishly gets in between ML acquiring another man (it's revealed later that ML was interested in the other man bc he was born in the year of the dragon though, like his brother, the MC).

The story begins when the ML has found out the MC is his brother and regrets it deeply, lets him escape the sect, but follows after him under the false identity of 'brother Zhou', a man supposedly looking for his own younger brother whose characteristics match the MC. MC is shocked, ofc, but dismisses the possibility of him being his bro because of his appearance (the brother he remembers greatly resembled his mom who was extremely beautiful).

ML then treats the MC really well and they become sworn brothers. He constantly sacrifices his well-being for the MC and tries to cure the MC's disabled hand, resulting in the MC falling in love with him.

When the MC finds out that the 'brother Zhou' he loved so much was also the person he absolutely hated and swore to kill, well... you can imagine the rest lol.

[collapse]
I rated this 5 star, not because I think it's that good, but because I think the rating rn is a bit lower than it should be. I've read worse things that were rated higher. <<less
0 Likes · Like Permalink | Report

I have mixed feelings about this novel but it is honestly good. You'll experience an emotional roller Coaster reading this. I hate, like and pity the ML (gong). It was first focused between MC and ML, on the latter half is about the conspiracies behind the sect. BE WARNED OF THE TAGS. DO NOT READ IF IT'S NOT UR TASTE The shou, xu Feng (I think he is the MC since most of the inner thoughts in novel are about him) left his master after cultivation. On his way of adventure,... more>> he saved a person (murong fei) from the ML (gong). In turn, since the ML's plan is foiled, the MC is tortured, lost his cultivation, is poisoned and his right hand is crippled. He should die eventually from blood loss but the ML changed his mind. Dragged the MC from his feet to bed and cruelly r*ped him. His humiliation lasted for 3 years. These were the past (so in the current novel timeline, no r*pe is involved though an attempted r*pe happened). The spoiler is about the real reason for kidnapping of murong fei
Spoiler

Murong FEI (the person saved by MC wasn't kidnapped by ML for plaything. The ML thought thatmurong FEI as his long lost brother due to details of fei's birth but was ruined by MC when the MC saved FEI. As MC mentioned to ML, if he was not his brother, the MC would be humiliated til death. That's why I hate the ML. But the ML greatly loved the MC afterwards so it made me sympathized with ML

[collapse]
Now (start of story), when the ML knew that the MC is his brother, he let him escaped and the ML changed his features and he kept protecting him. And it's really a bitter sweet story 💕 Smut scene is only 1 chapter at the end of novel <<less
13 Likes · Like Permalink | Report

so I really like this novel~ so they already separate for years... which is when they started that unfortunate encounter which lead XF's strong hatred and disgust toward the man (the older brother), they had no idea if they are brother... so when HT found out about it, his attitudes changed drastically which is so on and on start they're long cold and suffering interactions towards each other... ... more>>
Spoiler

there is a little funny thing when HT diguised into an everage looking man and approach XF as ZY, which one of the big story line in this story, so at first bc of I think the disguised HT want to repent for his BIG mistakes and get close once again with his lil brother his attitude should be the one who gives and give in, but no... when he caught some sort of bird or chicken (I forget) in forest he ask XF to cook it for him... and bc XF think this weird man the one who caught their food, he should give both the chicken leg to the man.. and this HT was happily take it as a matter of course without feeling wrong at all... :) (at that time I think shouldn't you be more considerate?), and this sort of ignorant (of his lil bro's kindness which he takes fo granted) behaviour happened again when XF think he start to get close to this ZY gege and want to buy a new clothes for him, he brought him to the shop... in the shop XF choose an ordinary set and this ZY look around and took an exquisite set which is doesn't matched with his current appearance but! he still think the cloth is not worth enough with his appearance (which I think doesn't you realize you only has an ordinary face right now?)... so XF couldn't held but squeezed his little pouch to pay..

not until XF's feelings blooming and later on he know the truth about the disguised (not yet knowing about his true long lost brother)... then the pain, cold and hard story line begin... and then it's became harder by the time he knows about HT is his long lost big bro... the most frustating thing is they face many life and death occasion together but they always seperated again and again (so much turbulent feelings :'))... HT is sincere and sincere toward him, sacrifice so much but XF just can't accepted it both the fact about HT is ZY or HT is his brother...

[collapse]
but after long suffering after many on the verge of death occasions.. in the end it has a HE....>, < yeah! and the super smutty act in the end is the best for the closing of this novel <3 <<less
2 Likes · Like Permalink | Report

I would like to get more insight on this novel including other novels, but can people stop messing around with the tags? Add tags please, but don't take them out. It makes it hard for some of us readers to decide if we should read it or not. Just because you don't like this novel, don't ruin it for others.
1 Likes · Like Permalink | Report

Although I don't like incest, this novel is really good. You should try it. I thought that ML died in the end.
Spoiler

The end of the story, ML can't use martial art. But ML recovered by doing dual cultivation with MC.

Reborn as a Half-Elf: R