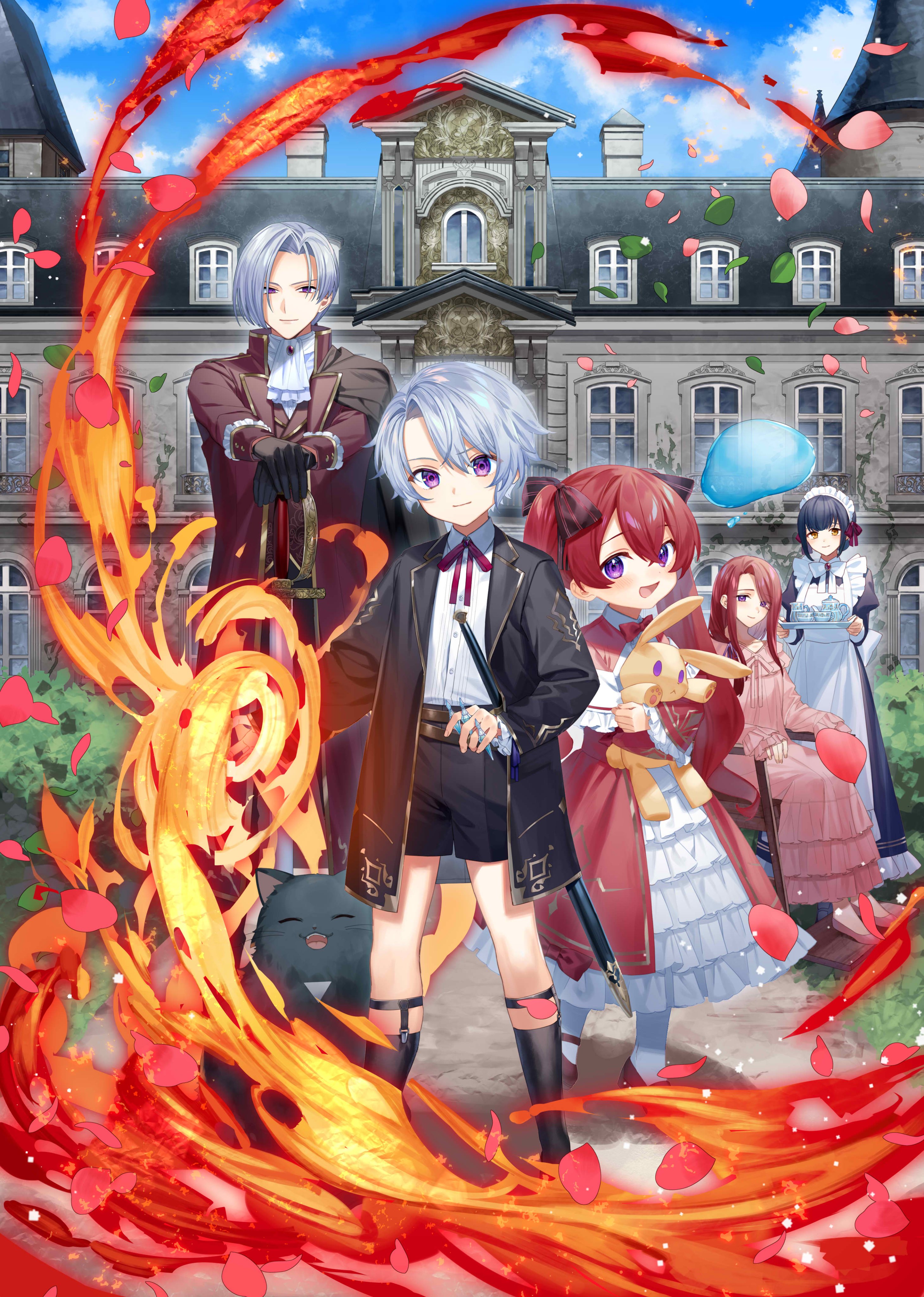 One entry per line
MIZUNA

Status in Country of Origin. One entry per line
3 Volumes / 286 Chapters (Ongoing)

Rid Baldia, the son of a margrave, suddenly regains the memories of his past life and realizes that the world he lives in greatly resembles the otome game universe of “Fluttery Cinderella”, or “Flutterella” for short. And it turns out that Rid is a crony bit player that’s supposed to take the side of a villainess. And what’s more, he remembers that the fate awaiting him for partaking in evil deeds is to be purged, exiled, and condemned alongside the villainess.

And so began the days of Rid Baldia employing the memories of his past life to struggle(mow) his way through this utterly completionist otome game world to have a shot at a decent life.

One entry per line
I Reincarnated As A Mob Villain In An Otome Game I Was Bashing Away At, But I'm Gonna Live Straight Because I Don't Wanna Be Condemned
やり込んでいた乙女ゲームの悪役モブに転生したが、断罪されたくないので真っ当に生きていこうと思います。

What, Failure to Transition!?……Success!? (LN) (3)
Ikemen ni Tenseishita kedo, Cheat ha Dekimasenseshita (1)
Reincarnated as an Emperor ~ Will the Emperor at Birth Survive? (1)

These are recommendation lists which contains Otome Game Mob Villain. You should give them a visit if you're looking for similar novels to read. Alternatively, you can also create your own list.
More Lists >>>

The novel seems promising. The MC is not naive as far as I can tell. If there is one thing that bother me the most, it is the quality of translation. The Zetro Translation doing a good job for 10 first chapters. But when new translator take over (zero-kun), the translation quality goes pretty bad. I feel like reading MTL novel with little edits, without proofread. In addition to bad grammar, there is repeated paragraph, confusing dialogues, confusing lines, and so on. The novel seems good and promising, but sorry to say, the... more>> translator ruined it. I've read up to chapter 90, but this is my limit, I feel like my head would explode if I read any more than this. <<less
1 Likes · Like Permalink | Report

From what I can even understand from the translation quality, seems like the author just copy a bunch of other reincarnation novels and pasted it into one. Starting with the MC, a 30+ yo office worker reincarnated in an 6yo body. While idm it, other aspects of it seem really excessive. From creating an whole new product to mastering all elements in magic, and his sudden enlightenment to cure his mother in all cost dispite not knowing her, seem rather lacklustre. While I don't hate these types of cliches, author portray... more>> every character in the story unable to think. Why did the 6yo spoiled villain suddenly changed overnight into this incomparable genius of the century, no one ever mentions it and disregards it. While plot might be better in later chapters, I can't bother to read anymore with this translation quality. Dialogue are missing, and with every 5 sentences I can only understand one. <<less
1 Likes · Like Permalink | Report

If you like over powered, over intelligent, and invincible protagonists, whom are a little s*upid, this is for you. If you can't overlook a 6 year old having the martial arts skill to overcome or fight to the even adults four times his size, this definitely isn't for you. I've read to chapter 90 through google translate. The author here has basically changed up the typical isekai with an Overpowered protagonist by putting the transmigrator in a 6 year old body. All the genre tropes are present. The story actually starts out... more>> okay but falls apart as the author overpowers the protagonist to quickly without any struggle. This breaks the already wide leeway of suspension of disbelief attributed to any fantasy novel. The author seems to have forgotten the size and muscular differences between an adult and a 6 year old child. The fight scenes visualize as two opponents of equal strength and size are fighting.... This story is no masterpiece but it is okay enough to pass the time if you can over look the flaws. <<less
11 Likes · Like Permalink | Report

Zetro's translation was good. But another one is not so like many parts are missing, dialog flow is not smooth, can't understand if his butler and maid are even giving respect to MC. I hope in future chapters it will be much better or a bit more readable. This novel is a prime example of how bad grammar can ruin a novel. (A word to translator edit your chapters once more) I will rather read by using google translate right now.
6 Likes · Like Permalink | Report

So far this one has been decent. The MC is one of those typical super OP MCs with normal modern sensibilities and morals in a world where life is cheap. While the MC has a strong aversion towards murder, as one would expect from someone from a peaceful nation in the 21st century, none of the adult nobility around him, including the ones on his side, ostensibly the "good guys", have any hesitation towards resorting to conspiracy, torture, and murder to further their own goals. For example: ... more>>
Spoiler

The king of an allied nation and father of MC's fiancé used one of his own subjects, secretly guiding and manipulating him to form his own opposing political faction and allowed that faction to hold some level of political power, all so that any dissenting nobles would feel comfortable enough with exposing themselves to join this faction, making it easier to track them. Once he had no need of the faction leader any more, he then had him disposed of. He even allowed that faction leader while he was still alive to manipulate and brainwash the king's own son.

[collapse]
And that's just one character. I like this sort of brutal medieval setting where life and death are treated lightly and human rights aren't a thing, where the MC is only allowed to do as he pleases and uphold his modern morals because he is A: a child, B: high-ranking nobility, and C: completely overpowered. So far all of the conspiracy and intrigue has been kept in the background and even when it involved the MC his only role was to crush the plots with brute force. I'm curious to see, as the MC ages and matures, if the author will ever allow the MC to be caught up in a situation that he can't solve by brute-forcing it from the front, how he'll handle all the dirty grown-up politics. <<less
2 Likes · Like Permalink | Report

The story is still in the early stage but I am looking forward to MC interaction to the game characters of an otome/rpg game. The concept of a side villain which can be played as after finishing the main story and then reincarnating into one is interesring. The MC is usually reincarnated as a villain/ess, hero/ine, capture targets (love interest), friend, or mob chatacter, where only the hero/ine and capture targests are playable in an otome/galge/rpg; but here, the MC rincarnated as a playable side villain which is new to me.
2 Likes · Like Permalink | Report
Advertisements
Leave a Review (Guidelines)
You must be logged in to rate and post a review. Register an account to get started.