Novel Updates
RegisterLogin
Theme
Search
Your changes has been saved.
Lantern: Reflection of the Peach Blossoms 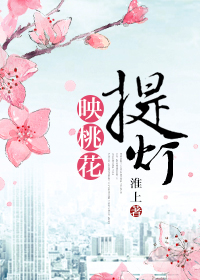 Status in Country of Origin. One entry per line
75 Chapters + 15 Extras
Complete

This is the story of Phoenix Wisdom King and a Grand Demon just awakened from Hell.

On an ancient battlefield, two armies stood in a stalemate. On one side were the Arhats, Gods, and Buddhas from the Heavenly Realm. On the other side were the monsters and demons from the Blood Sea of the Hell Realm.

The personification of that Grand Demon leaped forward, holding a long sword across his chest. He flew across the battlefield, brazenly cutting in half eleven Phoenix Bone Arrows, each of which was enough to destroy the world.

Then, he arrived in front of Phoenix Wisdom King, standing high above the masses:

“I didn’t come to wage war. I came to propose to you.”

Phoenix was the Buddha’s inescapable Tribulation for thirty-thousand years, whereas Zhou Hui was Phoenix’s redemption that could free him from the fate of his eternal life.

After hundreds of thousands of years of endless light and shadow, this handsome yet devilish man finally emerged from Hell—

To bring Phoenix Wisdom King away from the transcendent Buddhist Kingdom and the boundless Lotus Sea.

“Let me follow you to that world. For you, I’ll be invincible forever—”

These are recommendation lists which contains Lantern: Reflection of the Peach Blossoms. You should give them a visit if you're looking for similar novels to read. Alternatively, you can also create your own list.
More Lists >>>

This is from the translator of the novel. Don't be scared by the contrast between the first chapter and the synopsis! No! You didn't open up the wrong book! This book is so good! Give it a try! Plot wise: The main stage is set in modern world, but the relationship between MC and ML has spanned for over thousands of years. The story starts with them being a "Divorced" couple, and ML desperately trying to gain his wife back as their past is gradually revealed to us. I don't want... more>> to spoil too much since I think the way that the author reveals everything is very interesting. And it's happy ending. Characters: I LOVE these two characters and their relationship is very touching. I remember crying my eyes out while reading it. Both MC and ML are very devouted to each other, willing to give their life for each other's sake. Chu He (Phoenix) is very taciturn and doesn't really express himself. He tends to hold everything to himself, which led to some of Zhou Hui (ML) 's frustration. Where as Zhou Hui, born as a Great Demon in the Blood Sea, there is a fierce and beastlike nature in him that's just part of who he is. Both characters are not perfect, but the effort and sacrifice they made for each other over such a long period of time is just touching. The author's writing is very good, one of the best in my opinion. The modern section is very light heartrd and full of hilarious moments, where as the flashbacks are written with a very distant and almost otherworldly touch. Sadly, my bad writing won't be able to bring her words to their full extent. But I'll try my best. Give it a try! A very beautiful love story. Wrote it on my phone so typos are expected. <<less
53 Likes · Like Permalink | Report

Thought it was a historical romance based on the description... as I read through the chapters, it's actually a modern cultivation novel! It has demons, animals that cultivate into humans, and stuff. In the modern world. ?
10 Likes · Like Permalink | Report

I'm curious so I tried to MTL this. boy, this one is good. modern supernatural too, my kind of novel.
i like this author's style. the jokes are fresh, even in middle of serious times. i've laughed hard several times gdi. the characters are just dope. they make me speechless coz their interactions... can be considered hilarious. also as in most of her works, the pace is great. the battle is intense, and the tension is high. you can't help to read more and more. welp, I read this till... more>> late nights lmao. but there's still touching moments, and pretty deep to boot.
Spoiler

[collapse]
i really enjoy this. <<less
8 Likes · Like Permalink | Report

I'm giving this 5 glorious stars So much complexity I wouldn't lie I hated the phoenix from time to time, I know he did what he did for the right reasons but I just wished he told the ML (Zhou Hui) about why he keeps leaving him for that bastard (you know the guy) ... more>> Our MC is just too good always attracting bees and the likes, my heart broke for our cheap gong all he wanted was a daughter 😂😂 The book is just a beautiful piece, and you would not regret reading it, the first few chapters confused us all don't worry the confusion doubles 😂😂 <<less
4 Likes · Like Permalink | Report

ML and MC are really out of this world :0 Especially ML. Zhou Hui is in a class of his own. A concoction of shamelessness, couldn't care less of others, joker, devil may care, hell spawn, all mixed into one with generous dosage of being an official 'wife' to his Phoenix. Not forgetting the bits of aggression, possessiveness, jealousy that's just part of his being as a Demon. The plot line is unique, never chanced upon such great mixture in my consumption of danmei as of yet. Kudos to the translator because each chapter is long and it definitely took a while to churn out chap by chap! Spoiler below for me to note when the translations start again
Spoiler

As of chap 45, awaiting the new possible CP pairing Wu x Maha? And also more scenes of Garuda! (The only sane god in this crazy family)

Up to here, the novel has described how this family dynamics came to be. How thousand of years have led to this broken relationship between the children and their parents. Uncontrollable. Undeniable. Sigh.

I highly appreciated this novel. It was a great reading. The plot is unique, interesting to follow along. The twists are unpredictable, the ending is SUPER sweet. The main couple was strange at first (especially that overly possesive ml's attitude) , but it smooths later and becomes enjoyable. Though I should say the Ml's behavior in each of the authors novels is hilarious and again, unique. The side characters are not overly dominating the plot, accurately playing it's filling role - I always find it boring to read when side stories have... more>> too many chapters. Totally recommend this novel, it is a gem in many aspects. <<less
0 Likes · Like Permalink | Report

It’s a really interesting novel but I feel that the development is just too fast, I have a hard time digesting all the facts and all what’s happening so I’m stopping reading for now. Like the other reviews, yes the first few chapters are really confusing you’d be like — what? What is happening?! That’s because there are a lot of facts/things that’s bombarded in the first few chapters but it’s kinda understandable as the novel sets off with everyone already knowing each other and the novel is about their past. It’s just... more>> that the novel seems too fast paced like this and that is going on with a lot of characters involved and I just can’t keep up at the moment, maybe I’ll read this when I have more time to read. Anyway, still a good read to try! <<less
0 Likes · Like Permalink | Report
Leave a Review (Guidelines)
You must be logged in to rate and post a review. Register an account to get started.