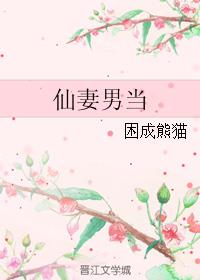 Status in Country of Origin. One entry per line
58 chapters + 3 Extras (Completed)

Feng Yang, a celestial phoenix whose spiritual roots were cut off by his biological father, plunged into the human world, where he opened the first psychological clinic on a street every weekend, in the hopes of gathering merits by rescuing humankind and regaining the chance of ascension.

Feng Yang: How can I help you?

Ban Yu: I can sense my dragon qi coming from your body! At a single glance, I know that you’re my fiancée!

One entry per line
仙妻男当

These are recommendation lists which contains Heavenly Wife. You should give them a visit if you're looking for similar novels to read. Alternatively, you can also create your own list.
More Lists >>>

I love that ML is really sticky to MC!! He's so cute in the earlier chapters, some what wished he had stayed like that for the whole novel! Love that it a dragon x phoenix, haven't read a novel like this with this concept! Really enjoying this novel as of right now!
0 Likes · Like Permalink | Report

This is presented as a lighthearted comedy. And at first, I sort of found it funny. But the more I read, the worse it makes me feel. If you really think about it from the MC's perspective, this story is more of a horror, as there's this mentally insane person who ... more>>
Spoiler

stalks him, kidnaps him, and even attempts to r*pe him. Fortunately, the attempt goes nowhere—not even a kiss—before he's stopped by other people walking in. Maybe others wouldn't see it as a r*pe attempt, but if people hadn't walked in, I'm damn sure that's what would have happened.

[collapse]
While none of the actions are intentionally malicious on the ML's part, as he clearly neither has the mental capacity nor the sanity to understand the consequences of his actions, that doesn't stop them from being super creepy and super scary to me. If I had someone following me around everywhere I went, whom I was unable to fight back against, and who is clearly uncontrollable by anyone, I'd probably have a nervous breakdown. I put this as a three star because I honestly don't know how to rate it. I find the other non-"romance" parts of the story interesting. Judging by all the five star reviews, I seem to be alone in my opinion about the romance, but that's fine. I wanted to continue for the other parts of the story, but no, I really can't stand ML. So I'm dropping this. <<less
4 Likes · Like Permalink | Report

The cannibalism is like one-tenth disturbing and nine-tenths funny.

I was pretty conflicted when the kids ate their maternal grandfather (well, not knowing that it was their grandfather) and... even offered it to their unsuspecting paternal grandparents... And when the gong found them mid-meal, munching on his father-in-law, he freaked out internally but kept it a secret from everyone and his shou... (at least he stopped them from continuing to eat him with a made-up excuse)... the fact that one of his admirers was also eaten kinda sucked.... I guess the moral of the story is to keep prisoners safely away from hungry 5-year-olds.... or specify that they were prisoners... and shouldn't be eaten...

Then when the couple offered the shou's stepmother and stepbrother to their mortal friends at a buffet.... like eh. Even if they are terrible... that's still your brother-in-law and blood-related step-brother.... I didn't know how to feel, like it was funny, but still nibbled at my conscience.

Their sudden departure from the mortal realm also kind of bothered me, like it just felt a bit bittersweet, and unsuspecting. That they never really said a proper farewell to their mortal friends.

The mid of the story was a bit slow-paced, but the beginning and the ending were great!

Anyways, the good bits would be how cute and adorable their kids were, and their constant and hilarious interactions with each other. It was entertaining seeing how MC fell in love, bit-by-bit, with the ML and how MC sometimes gets frustrated with the ML, and how ML coax his shou.

This novel is written by same author who wrote "General Love to Collect Little Red Flowers". It's a lovely novel. The MC and ML interaction is hilarious. The ML is mentally ill but not problematic he is very cute. The actual relation starts a bit later like in second half of novel but even before their bickering is interesting. The MC seems a bit cold due to circumstances happend with him but he gradually warms up because ML is super sticky like glue. It's a worth read.
3 Likes · Like Permalink | Report

Grim opening, despite the hilarious teaser/description of the novel. But the fast paced storyline seems promising! 👍 Based off the author's other works, I'm thinking this might be another enjoyable read!
2 Likes · Like Permalink | Report

This entire novel is fluff. A bit boring and nonsensical tho, I didn't want to waste time reading it. If you have nothing better to read, I would recommend this.
1 Likes · Like Permalink | Report
Leave a Review (Guidelines)
You must be logged in to rate and post a review. Register an account to get started.