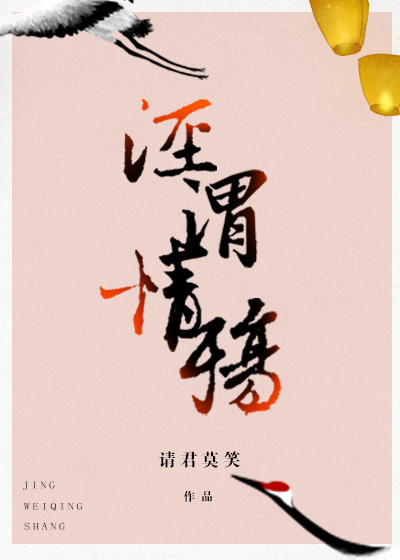 One entry per line
请君莫笑

Status in Country of Origin. One entry per line
303 Chapters (Complete)
4 Extras (Complete)

A natural moat called the Luo river split the great land into two. Jing of the north, and Wei of the south.

One was the Prince of the grass plains who had no worries nor sorrow. One was a lawful Princess who received exclusive favour of the Emperor.

A war turned the Prince of the grass plains into an orphan, she who had laid dormant for ten years had originally planned to become a sycophantic official, to manipulate the enemy kingdom into chaos, but was appointed as Fuma at the Chionglin banquet.

Wait and see, how this debt of grudge from a fallen kingdom and devastated home will be settled.

One entry per line
泾渭情殇

These are recommendation lists which contains Clear and Muddy Loss of Love. You should give them a visit if you're looking for similar novels to read. Alternatively, you can also create your own list.
More Lists >>>

Absolutely great, I habe rarly read a novel/book with such character depth, development and growth. The story itself is also superb, completly without the usual plotholes nor the usual plot amour. (There are still some open plotlines but they add to the realism, and the author might work on them in her extras) The characters are smart but far from almighty, they suffer, sometimes they rise above, sometimes they fail. The balance is perfect. This novel singelhandly saved my opinion of chinese novels. One of the most important and well executed... more>> features of this novel is the character growth.
Spoiler

The FLI basically turns from naive manipulation target to badass schemer and female emperor. And the MC from revengeful malicius genius to still genius wife of the FLI with a well written inner conflict

One thing that annoyed me extreamly is the illness of the MC. The condition on her lungs is comletly fine, the "water condition" reflects a real medical condition after considerable lung damage through drowning. What was not okay was the effect on her brain, it was just so random, seemed to be a self insert from the auter had no actual effect on the story and was later just abandoned and forgotten. The "I got dementia now suddenly, without any reason" was so annoying and useless. However the story was so good that I continued reading.

The other thing I was slightly unhappy about was the ending, it should have been flashed out more. But maybe I got that feeling only because I had to wait for every new chapter, because at that point the story wasnt fully released. The auter also wants to add extras where this problem might be amended

[collapse]
This book is also extremely gripping, so I advise to start only when you have 3-4 days completely free. I didn't. I also couldn't stop reading and missed at least 4 deadlines and 1 meeting! Great read, just take your time 5/5 <<less
8 Likes · Like Permalink | Report

Qi Yan/Qiyan Agula is undoubtedly cruel. The riveting kind of cruel. After reading the entire story, I know I'd be having a difficult time reading another. melts' translation was superb. If it's not melts, it takes time for me to get into. This has been such a great ride. Thank you.
3 Likes · Like Permalink | Report

Gotta love the slow burn and character growth (--thinking of the 2nd and 3rd princesses). I think the author definitely decided to forgo any complaints and truly flesh out the characters like they wanted to in this novel. Only read this if you like slow burn. It takes about 15-16 chapters until the leads meet each other and love takes a long time to develop. There's plenty of scenes where the leads are interacting or thinking about each other. However, it is getting darker as the MC is diving deeper into... more>> her revenge schemes. My favorite angsty novels are the types that causes my heart to wretch in pain... This one definitely does that. And like Female General and Eldest Princess this will have a happy ending :). The translator is doing God's work... ---- Edit 3/18/2020: My GAWD I've never seen a translator update so fast! I need a donation button for them!! They've added 50 chapters in the span of 2 weeks!!!!!!!!!!!!!!!!!!!!!!!!!!!!!!!!!!!! (I also recommend following a jjwxc guide to buy the entire novel via the app once it's complete.) <<less
16 Likes · Like Permalink | Report

I binged read this all the way to chapter 100 in one night, and I gotta say, it's fantastic! For those of you who are hesitant because of the Yuri tag, I say, don't be! Although essentially this is a GL novel, it's more of a historic novel with plots full of revenge, brothers fighting for the throne and intriguing mysteries that leads me wanting to know what happens next. The translation is superb, I can actually follow along with no problem. The only thing that bothers me is the... more>> chapter 101-110 is unaccesible for some reason... I'm hoping that the translator can upload it and make it accessible soon... otherwise, it's amazing so far!!! I LOVE IT. <<less
13 Likes · Like Permalink | Report

Caution: not for the weak-hearted. This is a slow-burn novel. It's not everyone's cup of tea. If you came for fluffy romance, this isn't for you. There's a lot of heartbeeaking scenes. However, PDL is an amazing author. Her writing is phenomenal, and Melts did an incredible job with the translation. The characters are all fully fleshed out and are three dimensional. Even the side characters are amazing. This novel is quite long but PDL never lost sight of her story. Everything that occurs makes sense and goes over the course of 17+... more>> years. Yup, it's long. But it also moves at a fast enough pace. The angst that occurs early on don't necessarily take too long so it doesn't feel that bad. I won't spoil too much. But if you love a good literary work, this is it. My heart broke so many times throughout this novel. The angst, the trauma, the love, everything about it is so good. Definitely give this book a chance! <<less
5 Likes · Like Permalink | Report