Novel Updates
RegisterLogin
Theme
Search
Your changes has been saved.
Back to the Countryside

Home >
Novel >
Back to the Countryside 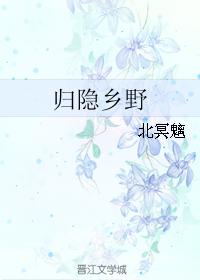 One entry per line
北冥魑

Status in Country of Origin. One entry per line
Completed (96 chapters + 2 extras)

Qi Yue tired of the Jiang Hu disputes, chose the beautiful “ancient water village” seclusion, and met someone he want to love for the rest of his life…

One entry per line
归隐乡野

These are recommendation lists which contains Back to the Countryside. You should give them a visit if you're looking for similar novels to read. Alternatively, you can also create your own list.
More Lists >>>

This was one hell of a ride for a laidback countryside read. Our MC, the gong, is a man with a mysterious background and the ML is an extraordinarily beautiful ger who is ostracised by his family and villagers. For a majority of the novel, it focuses on the fast blooming romance between the unlikely couple after MC falls in love at first sight and saves ML from his abusive family. MC is truly the most brutal sweet smiling man I've ever read, it's refreshingly terrifying! ... more>>
Spoiler

MC is a powerful medicine and poison practitioner of Jianghu so I think you can see where we're going from here :)

ML's family is probably the most screwed up novel family I've read recently! &Gt;: (MC deals with them with his mysterious skills and the lethality cannot compare to the common faceslaps in other novels. I feel enlightened and very scared so thankfully MC is not real.
Spoiler

besides the typical abuse and neglect + spreading rumors + that one disgusting favoured ger in the family so that ML cannot get married and will forever be their s*ave, they literally do the following??

after the ger gets his due karma and married off to a 60-year-old rich man in the next village, in retaliation:

it was kinda nice reading the dogs biting each other as their schemes fall apart but dang, such ugly characters!

[collapse]
The story flow after the laidback village life turned quite stressful as MC's past opens up and surprisingly, ML has some stuff revealed too! Great stuff! Especially since this does not involve any transmigration or reincarnation. Rated this 4 stars because the schemes and action stressed me out so hard but it's a good read nonetheless! Definitely would recommend! <<less
1 Likes · Like Permalink | Report

A nice read all in all. It's the typical slice of life, complete with the tr*sh family, an entitled thot, "brothers" or ger (hence the mpreg) and a few twists and turns. Leads are likeable, He Ling started off as a shy and anxious character, then progressed to a strong young man who fights back and can give a bit*h slap or two. He's quite kind hearted, and he's lucky to have Qi Yue as his hubby. As for Qi Yue, ohoho my guy has his secrets. He does love his... more>> wifey very very much, and will do everything to protect him. All he ever wanted was to live in peace in the countryside with his beloved. He's not really the domineering and cold type, he wasn't shy showing his affection. Just don't make him angry, and don't ever touch his wife, or even look at him wrong.
Spoiler

[collapse]
And then there's the tr*sh family surnamed He. This family "raised" He Ling after his parents and grandma also died. He was their nephew, but was basically treated as that family's s*ave. He was a very beautiful person, as he got his looks from his mother, and this caused him some disdain from envious people, especially his aunt. He was also abused by the He family, especially He Zhen. Ling was lucky Qi Yue had his eyes on him. This also actually has some nice revenge plots without being a rebirth/rewind genre. The sweet sweet revenge comes after He Ling gets wronged.
Spoiler

Except for He Zhen, that was such a nice long revenge plot. This is what I liked about Qi Yue's character, his revenge doesn't immediately kill people, he prefers to make them suffer for a long time. As I've said earlier, He Zhen was such a damn sonuvab*tch, he was so desperate for the MC that during the wedding day of our leads, that He family switched He Zhen and He Ling, thinking Qi Yue would be none the wiser, but alas, they provoked someone they shouldn't have. Ever. So yeah, the ever "gentle" Qi Yue made sure He Zhen suffered dearly for it. And that was just the beginning. In the end, that whole family got their just desserts.

[collapse]
For side characters, also loveable, I initially thought there'd be too much drama, but there really wasn't. The drama focused on the tr*sh family, and He Zhen's attempts on acting cunning. Emphasis on attempt. Well there was an attempt, at least he succeeded with his tomfoolery of his own family, but when it came to the leads, well...
Spoiler

one of the best moments in the story is when He Ling literally bit*h slapped the heck out of He Zhen's face, not once, not twice, but three consecutive times. It was so cathartic. This is also the time when the vengeance against him was fully realized. After getting bit*h slapped to hell and back by He Ling, Qi Yue pretty much laid out what happened and how he ended up with his sufferings. From the moment of deception during the wedding, how he (QY) secretly poisoned He Zhen to have an incurable disease that would require medicine for the rest of his life, and his choices whether to continue taking the antidote but will shorten his life span or stop taking but live the rest of his life being ugly. It was at this moment he knew he effed up. Too bad, his regret was way too late. On top of all that, he was also married off beforehand (or pretty much sold) to an old man by his family, thinking he'd give them money, so yeah, his life became miserable.

[collapse]
It's a short read, and although I enjoyed it, the ending felt a wee bit short for me. Would've liked a few more extras concerning some side characters. <<less
10 Likes · Like Permalink | Report
Leave a Review (Guidelines)
You must be logged in to rate and post a review. Register an account to get started.