Novel Updates
RegisterLogin
Theme
Search
Your changes has been saved.
You Can’t Be Fierce Towards Me!

Home >
Novel >
You Can’t Be Fierce Towards Me! 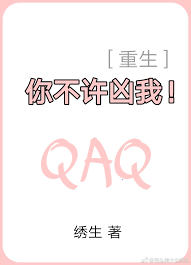 Status in Country of Origin. One entry per line
128 Chapters + 3 Extras (Completed)

Wen Tian, on the way to send off his sister, was kidnapped by some people.

The multitude of bandits, happy and delighted: Boss, Boss, we have kidnapped a pleasant-looking wife for you.

The Bandit Head: Come, my wife, let me look at you, baby.

SiFang Town has been bustling with liveliness recently. The town’s best-looking Young Master Wen, has been missing for half the month and then suddenly returned with a man.

The wild man, called Chu XiangTian, is the head of the bandits in the Western Mountain. Rumors said that it is a devil who kills people without blinking.

Young Master Wen, who the people said were pitiful, with widely round eyes stared fiercely, “You sleep in the study room at night!!”

The tall and burly man immediately had a black face.

Wen Tian with sunken lips, said “You are being fierce….. QAQ”

Chu XiangTian soften, itching to hold that person in his arms.

One entry per line
你不许凶我！QAQ【重生】

These are recommendation lists which contains You Can’t Be Fierce Towards Me!. You should give them a visit if you're looking for similar novels to read. Alternatively, you can also create your own list.
More Lists >>>

The novel and its flaws can be overlooked and even enjoyed I'm sure. But I can no longer enjoy it. ... more>>
Spoiler

The MC is likeable. He comes across very focused and cunning. This all changes when meeting ML. It's like he stops thinking with his brain. For someone who lived to 30 in his previous life, MC is very immature. The author doesn't know how to create good conflict either because only MC is in the know of the possible future but he still behaves... like a weakling. And his body is weak too.

This wouldn't be a problem but it's emphasized so much how delicate he is. Almost as if it's supposed to be attractive that he cries all the time. It's not. He just looks like the pampered rich kid who can't handle hardship even though he apparently did in his past life?? He hires other people to do everything for him too! This MC isn't capable at all.

ML is more likeable but even he suffers from poor writing. We are supposed to believe the bandits aren't at all what people believe them to be but that is undermined by how okay all of ML's men were with kidnapping and trying to give MC away to ML as a 'male pet'. Very gross too that ML tried to scare MC with this concept and terrified MC so much that he hugged his legs and started crying! (The only time the crying justified!) How is this Fierce Husband? This is Scary Kidnapper!

Later we learn that ML is not "just a bandit". But even that becomes less interesting because we spend so much time on MC's conflict that ML is literally just waiting around for the plot in the background when he's not teasing MC. ML loves MC already but he is so bad at showing it.

MC has a lot of prejudice against ML. It is very understandable but annoying to read through all the misunderstandings.

AND!! they give MC a power that he doesn't even use! Talking to plant life? This could be very useful for MC to eavesdrop with the aid of plants on his enemies but the author! is! bad! at! implementing! this!

[collapse]
This novel is voted badly mostly because the premise is very interesting but the author's execution made me less excited. But that brings me to my next point, the translator who picked this up recently has made it very hard for us respectful viewers to read. The website to read the novel at is difficult to navigate. Often times, the links are broken in the navigation menus or readers are made to go through two links for the sake of click-rate and deterring others from reposting the translation to other hosting sites. I do not think this has had the intended effect. Many readers including myself have only felt more and more dissatisfied with this way of combating disrespectful reposters because it actually creates an environment where every update is very small and hard to reach; thus requiring the existence of reposters to even make this novel accessible. It'd be better if the translator released every chapter completed once in a while even if the release dates are less frequent. <<less
0 Likes · Like Permalink | Report

The story is still in the beginning stages but the MC is really cute. Yes, the translator does cut each chapter into many parts but I don't feel like that's a problem. Each chapter is long and the new website has the next option so you don't have to navigate through the toc and if you want to read the entire chapter at once just wait till it gets updated and read it as a whole. The translation is well done.
0 Likes · Like Permalink | Report

I wanted to read it. The first chapter was so good. But later the translator changed -I have nothing against them personally - and they divided the chapters into so many parts that I hate it! And they are not even linked to each other. You have to open every page separately. It made the reading an arduous chore. I just quit.
18 Likes · Like Permalink | Report

If you like fluffy BLs, then you might like this one as well. Although it's pretty cliche. Because as usual, ML immediately falls in love with MC. MC having the best looks in the novel, that everyone seems to immediately love his face. MC gets reborn after his family got destroyed & he's now planning revenge. MC is at least not a complete pampered idiot. Then why rate it 3 stars only?? Because nothing in the genre & tags prepared me for the out of nowhere special ability of MC ... more>>
Spoiler

He just woke up one morning & he suddenly can talk & understand plants.

[collapse]
This addition of his ability just doesn't sit well me. I can't swallow it down at all. For me, the way that the author gave him his ability just feels out of place & it happened way too sudden. It's not something that I would expect this novel to have, especially with the genre & tags in here. Another reason I can't like or love this novel, is the translator mince a chapter into 8 parts. That many parts for one chapter is too much for me. It can get tedious to read a part with a few paragraphs in it, then going in to the next page again & again & again only for 1 chapter. <<less
9 Likes · Like Permalink | Report

This story is good! Like really good! You get hooked from the first chapter. Both MC and ML are very likeable. But is extremely tiering to read it. Not the story itself but the translation. Every chapter is split in 5-6 or more parts. You get to read two lines at once. There is no next chapter and you need to go through several pages to find next part. I decided to drop it. Maybe I will MTL latter (we all know how hard to understand MTL is) but is... more>> still better. <<less
9 Likes · Like Permalink | Report

I wanted to like this novel but the author made the MC literally have all the characteristics of a 12 year old girl instead of a 17 year old male. The MC lived into his 30's before he was sent back to fix the tragedy of his life. You would think someone who suffered injustice for over 14 years would be more... mature.. but all you get is a 17 year old who cries at the drop of a hat and if he gets poked bruises. It just came across... more>> very weird to me. I wouldn't mind a crybaby sissy of a MC if only his mental age wasn't 30ish and he wasn't supposedly suffering hardships for 14 years?? Second issue I have with this novel is a spoiler :
Spoiler

So the MC's suddenly gains a special power after cutting his hand. He can talk with plants. I don't have an issue with a suddenly appearing power... my issue is with the execution. This power has no point within the story besides being used as a plot device VERY RARELY in the story. The MC doesn't seem concerned about the powers origin and doesn't use it in any way, shape or form besides the occasional passerby usage. I mean, if it was me I would be using the plants as spies or possibly even having a plant buddy. But does the MC do any of this? No. The MC literally never uses his powers except for a handful of times so far and it's to the extent of:

1. Watering flowers that beg for water. (once)

2. Placing flowers that beg for sunlight in a garden. (once)

3. Saving a plant from worms cause it was screaming. (once)

4. Telling peach trees to STFU. (once)

5. Telling some flowers they were lovely. (once)

6. A thirsty plant telling him where a secret hiding spot was. (once)

5 out of 6 of these things HAD ZERO IMPACT ON THE STORY. I'm just not sure what the point of this power is except for being used as some kind of deus ex machina at this point.

I will say I am currently 70+ chapters into a story with about 130 chapters so MAYBE the power will be more useful later in the chapters but at this point the author doesn't even MENTION the plants talking in the background even at this point and the power hasn't been impactful or useful in the story except ONE TIME (the secret hiding spot).

I've only just read the first chapter and it may be too early to judge but... 4.5 stars! The summary makes it seem like it will be a very cute and fluffy story, but there's some interesting stuff going on with the MC's rebirth. The MC does indeed appear cute and kind-hearted, but isn't 100% foolish or helpless which I like. Still haven't met the ML, but this looks promising!
4 Likes · Like Permalink | Report
Leave a Review (Guidelines)
You must be logged in to rate and post a review. Register an account to get started.