Novel Updates
RegisterLogin
Theme
Search
Your changes has been saved.
Who Says Omegas Can’t be as Explosive as Alphas 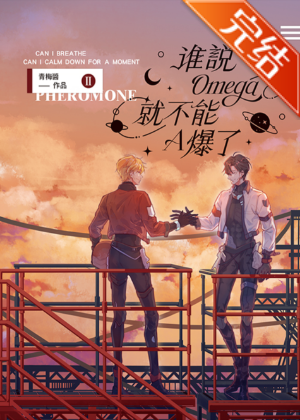 Status in Country of Origin. One entry per line
121 Chapters + 17 Extras (Completed)

It has been five years since an Omega held a post in the military of the Empire. After all, the delicate and soft Omegas are obviously not suited for the tough military system. Until one day, the Imperial Navy with an Alpha-Omega ratio of nearly 99:1, appeared a freshman like Lu Jingning, who directly overwhelmed a group of seniors in a competition on the first day of school.

The whole school was shocked, this Omega was as explosive as an Alpha! Lu Jingning, the Demon King of Chaos and Light amidst the sea, Emperor Wen Xingchen became the two great legends of the Imperial Navy. During the military school league, the two teamed up and infiltrated deep into the enemy camp, directly obliterating the strongholds of other schools.

Everyone was very curious, if these two get into a fight, who will come out stronger?

One day, Lu Jingning blocked Wen Xingchen in the corridor and stretched his neck in front of him. “Come, take a bite. Be good and mark me,” he said.

Lu Jingning’s quote: if you smell my pheromones but don’t kneel, count me as the loser~

One entry per line
谁说Omega就不能A爆了

These are recommendation lists which contains Who Says Omegas Can’t be as Explosive as Alphas. You should give them a visit if you're looking for similar novels to read. Alternatively, you can also create your own list.
More Lists >>>

an interesting ABO novel. As the first reviewer, I encourage anyone who enjoys AO romance with a badass omega MC who is evenly matched with ML. He shines the brightest no matter where and can truly cause alphas to kneel at his feet with his pheromones. loved the proactive MC and how the two never shied away from the public or each other. The side couples were not explored much but are matched well. this to receive its full potential would have focused more or academy rivalry, domination by MC and ML,... more>> more missions and maybe explored more with zergs and diff intercellular races. the start was good mid-story was not bad but later it could have been more exciting. anywho, I definitely recommend one to try this. <<less
6 Likes · Like Permalink | Report

I gave this a high rating because when I opened it, there's only 1 5 star rating and one 1 star rating, so I did it to counter the bad review from what I could only guess to be a bot or a homoph*be. However, after I read a few chapters (was at chapter 39), I just couldn't find myself liking it all that much. Not because it's Gary Stu novel - I LOVE Gary Stu/Mary Stu novel - but how much the MC gave off the "Pick Me Girl/Boy" type.... more>> I honestly can't handle these types of MC lol. So after chapter 39 I just decided to drop it. I'm giving it a 3 Star because it honestly doesn't deserve too low of a ranking. It's okay the MC is just not my preference. I was a bit disappointed since the author's other novels, E-Sport Toxic Camp and the other one with Omega, I quite love both MC from both novels. <<less
2 Likes · Like Permalink | Report
Leave a Review (Guidelines)
You must be logged in to rate and post a review. Register an account to get started.