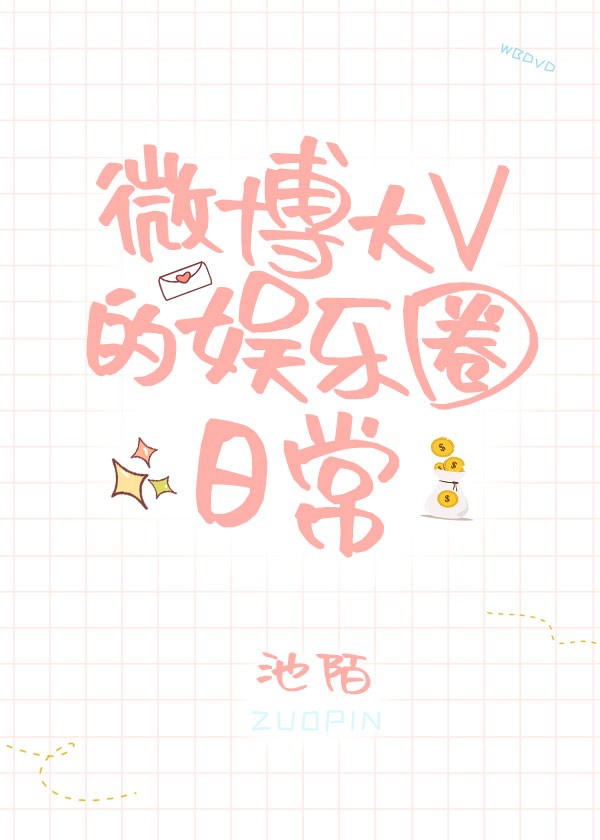 One entry per line
池陌

Status in Country of Origin. One entry per line
147 Chapters (Completed)

Jiang Yu, a well-known stylist, was reborn. From then, she began to work on two things:

1. To be known as the strongest influencer, open a Taobao clothing store, and then open a personal studio to do styling for celebrities

2. To conquer the world, started by becoming a Weibo big V!

The actor Gu Shenliu had a small problem. He always heard strange noises in his ears, so he suffered from insomnia day and night.

Until he saw Jiang Yu, a woman that could make him want to sleep as soon as he saw her.

In order to live a sleepy day, Gu Shenliu decided to sleep with Jiang Yu!

One entry per line
微博大V的娱乐圈日常

Transmigration of the Famous Cyber Star (1)
Back to the Sixties: Farm, Get Wealthy & Raise the Cubs (1)
Rebirth of a Supermodel (1)
Su Yu’s Promotion Record in the ‘60s (1)
Transmigrated into a Parvenu’s Ex-wife in the ‘90s (1)

These are recommendation lists which contains Weibo Big V’s Daily Entertainment Circle. You should give them a visit if you're looking for similar novels to read. Alternatively, you can also create your own list.
More Lists >>>

Y'all, don't be deceived by the mediocre ratings, this story was a gem. No joke, I haven't read anything this fun in a long time and trust me I've read a looooot of novels. Firstly, the MC is great. Unlike other older heroines who transmigrate to a younger body, our MC actually thinks and acts like a 35 year old. She's not naive, shy, or cutesy; instead, she's independent, forward thinking, decisive, ambitious, and hardworking like a grown woman whom had a successful career in her previous life should be like.... more>> Moreover, she's not written to be a super indifferent, cruel or malicious person either. I appreciate this because I get tired of people that assuming "strong" characters have to behave like cold-blooded a**holes. It's like these authors sometimes forget that you can be a strong individual without constantly drugging and/or beating people up. For example,
Spoiler

I like how she handles her annoying and jealous schoolmates. Most of the time she can't be bothered to acknowledge them because she knows she doesn't have time to waste on peasants. However, when they confront her to her face, she can always shut them down in just one or two sentences.

[collapse]
Besides her immense talent and luck, she feels like a real person and not a cliche. Furthermore, you get to sense that the author really knows what she's talking about in terms of fashion and makeup because the various job related tasks the MC has to handle are well described and a lot of the products the MC recommends on her weibo (of which there are many) are all reputable products us readers can actually buy. In fact, I made a little list of products I wanted to test out after reading this story because lol like the C-nets in the story, I too was sold by the MC's promos. Basically, she's the best hustler I've ever read about lol. The focus on the romance is a little less than the MC's career but there are still plenty of sweet (and spicy ;P) moments sprinkled throughout. The ML's a great lover. Like the MC, he actually feels like a mature and stable 30 year old man. He's caring and attentive and despite his fame and position he never tries to oppress the MC (unless it's on the bed lol). He just supports her unconditionally. For example,
Spoiler

because he was worried the MC would feel neglected because he worked too much, without telling the MC, he chose to take time off so he could spend more time with her at home. The funny thing is the MC soon became so busy with work that she barely saw him at home. Instead of sulking, the ML takes over of all the household chores and learns to cook so he can take better care of the MC's daily life. When he notices that she's too busy with work to eat, he drops off meals for her. Later on he practically reduces his workload to a minimum so he can essentially become a house husband so his wife accomplish her dream outside. I think one of my favourite things about their relationship is the fact that the ML peels peaches for the MC because while she likes to eat them she can't peel them herself because she's allergic to peach fuzz. Once he even ran over to her office with two peeled peaches after finding out that everyone in her workplace was enjoying peaches as a company benefit because he was afraid there would be no one to peel them for her.

[collapse]
Their wedding was super sweet! Overall, the story was very fun, sweet and sometimes even educational because you'll pick up fashion and beauty tips incidentally. Highly recommended!!! <<less
4 Likes · Like Permalink | Report

As @meatshield said in their review, the FL is admirable & likable. I’m going to list content warnings for readers who would rather avoid certain types of c-novel typical bigotry though. List:
Spoiler
[collapse]
Those were the most noticeable ones to me, & only up till where I read (chapter 35).
3 Likes · Like Permalink | Report

Mixed feelings, c. 28 where her manufacturer made a mistake and the sleeves were different. Instead of saying it's their wrong, she lied and said it's a design. Lol that irked me pretty badly idk

Interesting genre but way too much self boasting. ... more>>
Spoiler

Jiang Yu was sure that she had never seen this girl before. Why she could become the number one celebrity stylist in the entertainment industry, in addition to her ability, was also because of her extraordinary memory. She had a good memory, she never forgot what she had seen or heard. Therefore, after becoming a celebrity stylist, which actress had a small breast, which actress was short, and which model had a big nose and small eyes, she remembered all of these. When doing makeup and styling, these memories always helped her in magnifying the clients’ advantages and covered their shortcomings.

Even if the faces of the artists had just gone through surgeries, or if they just had hyaluronic acid injected to their noses, Jiang Yu would help to cover them to ensure that it wouldn’t be seen by fans. She didn’t need to use notes, but she could also remember the birthdays and preferences of all her clients. On their birthdays, she always presented them with gifts that they liked to express her gratitude. If a man had just cheated on her female client, she would also be careful not to touch the topic during conversation. Over time, her popularity had become better and better, and she had become more and more popular in the entertainment circle. After she had gained popularity, she planned to open a clothing company and changed her styling studio to become a small workshop.

[collapse]
All this to just say she couldn’t remember who is in front of her. It feels just boring and frustrating to just read MC is a top stylist and fashion designer again, again and again. This just feels too much. <<less
0 Likes · Like Permalink | Report
Advertisements
Leave a Review (Guidelines)
You must be logged in to rate and post a review. Register an account to get started.