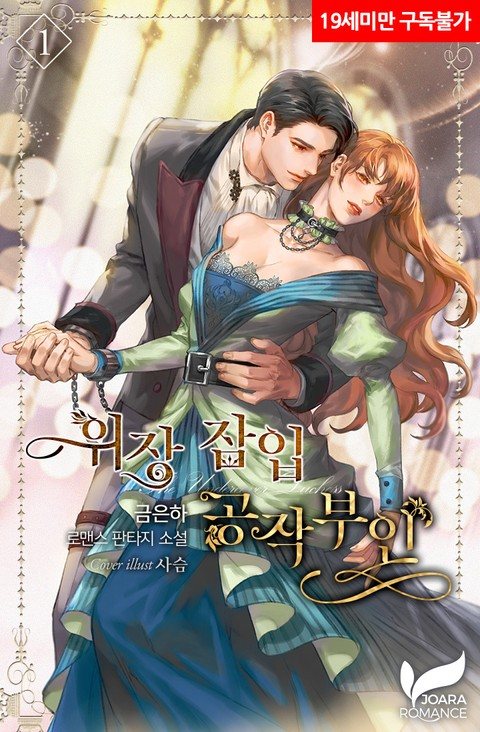 One entry per line
금은하

Erit, Ezet’s older sister, runs away after three years of signing a contract marriage. In the place of her runaway sister, she entered the Duke of Jaxen’s castle.

Unable to afford the penalty for breaching the contract, she unintentionally pretends to be a fake wife.

However, Duke Edmond Jaxen is a sad*st with a tremendous desire for monopoly. At first, she was amazed by her shameful play with her husband, and now she realized that she had a masochist instinct.

“Does shaking your ass mean you want me to hit more?” Again without her ever answering! She heard a fricative sound and weeping as she buried her face in the sheet.

It was thrilling rather than hurting. Even though she was having an absurd experience of being hit by her husband, Ezet’s body gave strength to her belly and raised her hips higher by raising her knees. The friction spread from the hips to the thighs.

“You said you didn’t want to be forced to do it, but it seems it feels good to get a hit on your butt.”

“Then what is the reason you shake your hips in front of me?”

Slap, slap. A sensation of excitement and heat continued to pour out, and even though the affected area was swollen red, the buttocks continued to tingle. The trembling didn’t stop as if she was addicted to the hitting sensation. Not knowing that her legs were starting to get wet, she moaned and shook her ass.

These are recommendation lists which contains Undercover Infiltration Duchess. You should give them a visit if you're looking for similar novels to read. Alternatively, you can also create your own list.
More Lists >>>

honestly I came for the the smut and was excited but honestly wat kinda foreplay last for more than 5 ch, everytime I feel like something is gonna happen they gonna do it yeaaaa but NO. But forget the smut the main problem is that she is not saying him that I'm not your wife but your wife's sister, ughhh.
6 Likes · Like Permalink | Report

bruh, why it got low rating? Give this story a chance! Theres allot of missing link yet like he's intentionally secluding and does not let her go out or meet other people, why he dont even visit his wifes or try to put the gap into better to the point he dont even know his wifes face. But I am here for the story and patiently waiting for revelation and satisfying smutt!! cheers comrades, another r-18 for us! And so far, a good one. ... more>>
Spoiler

i dont really agree with the term "rape" bcs she has a chance to tell him shes not his wife but she kept quiet for fear of contract breach penalty they might pay. I mean, hes asking but shes not telling the reason. And as a man whose in dire need to make her stay and was faced by scenario of her depression and act of suicide bcs of loneliness he thought of finally giving her attention he thinks she wanted the the whole time.

she saying its r*pe but gurly SPEAK!! he thinks its just act or ways to deny the deed as his wife. Btw, the sister she replaced was known to buy s*x toys out of loneliness and he knows everything!! (bruh, its your fault anyway but I hope we get his pov soon as to whys) anyways, could you blame the guy facing accusations (matrimonal irresponsibility, reason for depression and suicidal state) and provocations at spur of monent? yeah, hes attracted to her and those sexual tensions. he does not have idea..... I am intrigued by how the story will go once he finally knew she is the sis and not his wife

it has a tag POSSESIVE AND DOTING. its prolly our Male Lead once he finaly started to fall in love. bcs clearly he dont give a damn and was forced to a contract just to get his legibility on his title, duke.

The beginning is not so promising, I can understand that. It was hard to see past the ML being a sly bastard, but honestly? It gets better. The steamy scenes are good too, but the author enjoys not finishing their business and just letting us see a bit. Their relationship slowly gets better, and I enjoy the pacing of it. I think that if you focus on enjoying the good bits, you will begin to soften to the story.
0 Likes · Like Permalink | Report

Her older sister Erit, one day coming home and said to Ezet that she want to run away so Ezet has to replace her as Duke Edmond wife. The only catch on the exchange for Ezet is she can spent time alone more reading in the mansion and nobody can disturb her. The bizzare things is the duke married the older sister without even looking at her face and the older sister live alone in the big mansion for 3 years with dolls and a lot of s*x toys *cough*... more>> *cough*.
Spoiler

Greatest Marine in One Piece Universe