Novel Updates
RegisterLogin
Theme
Search
Your changes has been saved.
Duke, I Want a Child 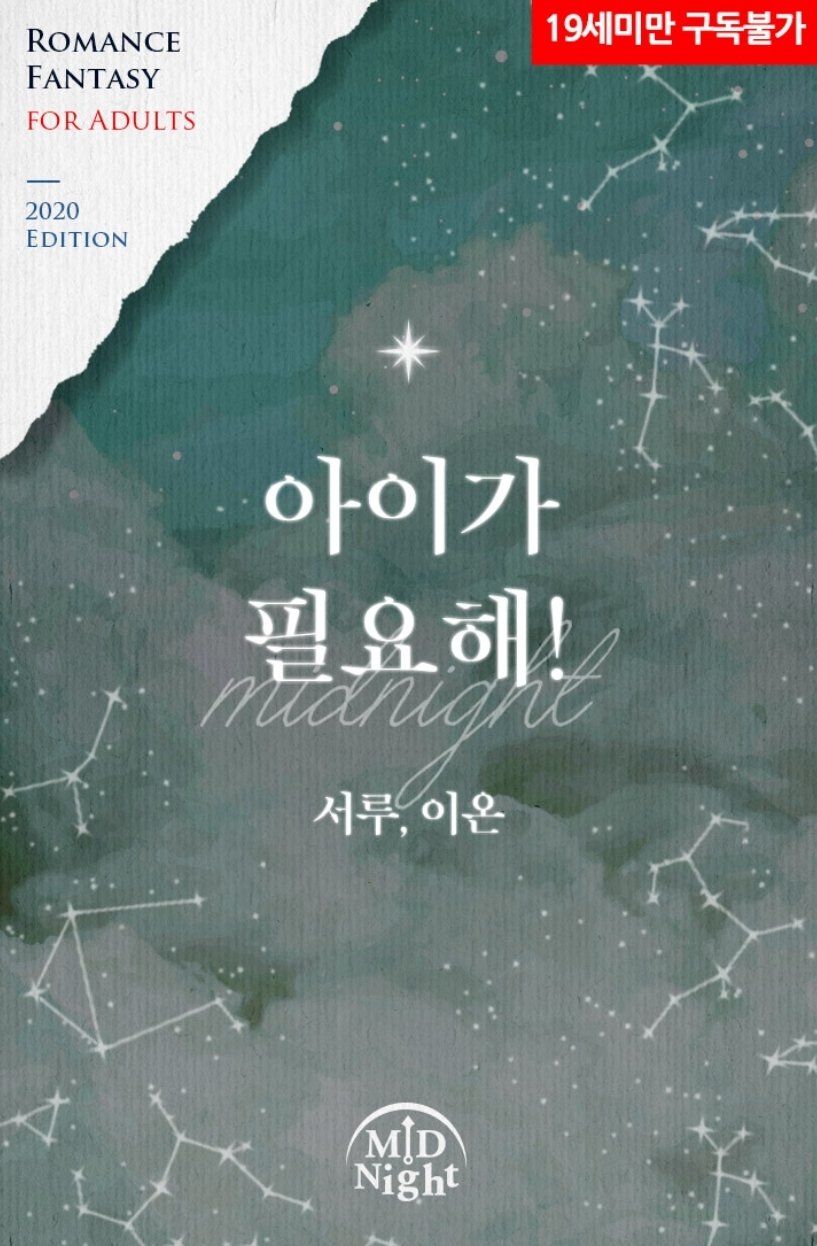 Wear a pretty dress, meet a good man, have a lovely child, be happy…….

According to her sister’s instructions, she will marry into a marriage set by the enemy imperial family. Not surprisingly, the assassins come to the wedding night without a groom.

It turns out her husband is Theo Astolf, the enemy who destroyed his country?

…Well, he won’t even recognize it anyway.

“I want a woman who can survive by my side until the end.”

“I need a husband who can give me a child.”

“Baby, There’s no way to make it by myself. Can you help me?”

The moment when the interests of a woman who doesn’t know what’s normal and a man who’s never been ordinary coincide.

“That sounds good. Can I continue?”

A romance that they didn’t even know began.

These are recommendation lists which contains Duke, I Want a Child. You should give them a visit if you're looking for similar novels to read. Alternatively, you can also create your own list.
More Lists >>>

Just short but smooth ending. And for the price, I guess its worthy to binge. Its very cheap at site I bought it with, $0.93 for 114pages! almost equivalent to a chapter release of some novel. Nothing extravagant, not so much to expect either or sumn thatl make you feel goosebumps that you havent felt on other novel, just that considering how cheap the novel is, ill say its worth the price and time. Tho if the author decides to make it a series of booklets, longer than it is I... more>> will definitely sign for it is!
Spoiler

Female lead: a daughter and a crown prince of a certain fallen kingdom after a war.

Flashback before these, his father got himself different concubines but ended up thrown or killed them after resulting to daughters. The society thinks the king, his father is cursed thus the pathetic hag retort to blaming the wifes and daugters, casting them out or getting killed.

Now, Julia was born with her twin sister. Born as daughters again she was forced to dress up and act as a man, named Julius by her scaredy mom and then crowned as crown prince. Fastforward, she grows talented kid but the pathetic king envy his son and felt jealous (wtf) to point of resulting a war against empire after got himself f*cked up! ofcs the hag still blame the son and made his son lead the war of his fault (what a looser). Ofcs the war ended with victory of the other kingdom, leading to her whole familys death and his suppose to death as well but teh twin sister switch and left her a will to live a normal woman life, marry a man, have a baby and be happy.......

Male Lead: unfavored prince whose fallen to artificial protection of villain empress. Ordered to marry by imperial palace but secretly the empress killed or theatened the brides, 5 deads in total. All found dead even before the first day of marriage ends or even before he laid his eyes on them. Now the 6th bride was selected from fallen kingdom, named Princess julia who accordingly is sickly and younger twin sister of Crown prince Julius.... The prince of the fallen empire he batled and defeated recently.

[collapse]
jazzykins is right tho! female lead is bad assed! it will be great if this book is serialized for those parts where multiple assasination attempt was made. daanggg!! definitely not boring to read! for the smut, you might think 114 pages is full of it and out of story, but well it is a great balance! I think 3/4 smut scenes with 6pages at max for each and everything is about the story. Almost half of it is like setting up the story and how they met! in any case, I ENJOYED AND LOVED the short pagess!! ❤️ <<less
8 Likes · Like Permalink | Report

I love that the story jumps between prescriptive! It starts with the Duke, going through the motions of being forced to find the bodies of his many previous murdered fiance's - until he opens the door and finds that FL is a bad a$$ who can fight off assassins and throw daggers like a pro! The pronouns are often messed up but I think that is largely to do with the FL's backstory making it harder for the translations. Spoiler: ... more>>
Spoiler

FL was born the oldest of twin girls to an Emperor who was so sick of having nothing but girls that he'd thrown out or killed previous daughter's. Julia was raised as Julius all her life and was the Crown Prince that the ML fought with on the battle field.

[collapse]
Great smut, the FL is eager but also a confused virgin. I like that she figures out how to take charge in later chapters. It was a great balance of "no" and "more". I also really felt for the characters even though a lot of the stuff was reinventing common traumas. The FL and the ML both come from tragic back stories which made them who they are today. I just want them to live happily ever after. And I also want to push their family members down a flight of stairs. Good fluff smut with a healthy dose of bad a$$ FL and ML's. <<less
8 Likes · Like Permalink | Report

These are pretty short chapters and they read quickly, so as of chapter 5 this is clearly still setting things up. What we have learned so far: the imperial family in this world are absolute dicks. They have selected 6 brides for our ML and then murdered each one almost immediately after the wedding. He has just returned from a fight (war?) to find out the 6th was brought the night before (and was married to him even though he wasn't there - wtf?). He is expecting to enter her room... more>> and find a corpse. Chapter 5 is the guards snarking about this one being a fallen princess and the ML realising she's the only person he captured alive when he toppled a kingdom for the imperial family (as in, he didn't want to kill her so the imperial family will do this and then kill her in front of him because they are pricks and like to make him suffer). I'm hoping in chapter 6 he opens the door and it's our FL (very much still alive), since we haven't seen or heard anything about her yet. So far he seems like a pretty decent person and the faceless imperial family are coming up on hatred inducing. It'll be interesting to see how this develops, but it's definitely too soon to provide an overall opinion/rating on this one. <<less
5 Likes · Like Permalink | Report

A short story (about 65 chapter) that worth to read on your spare time The story is about a princess who raised as a prince and one day her kingdom fallen. She can escape but she is ordered to marry a duke by the emperor. However this is just a scheme to kill her. The duke who know this scheme try to protect her. The main aspect of this story is the marriage relationship between the Julius and the duke. We didn't get a very detailed story about Julius when she... more>> is raised as a prince. <<less
2 Likes · Like Permalink | Report
Leave a Review (Guidelines)
You must be logged in to rate and post a review. Register an account to get started.