Novel Updates
RegisterLogin
Theme
Search
Your changes has been saved.
Advertisements
Those Years I Opened a Zoo

Home >
Novel >
Those Years I Opened a Zoo 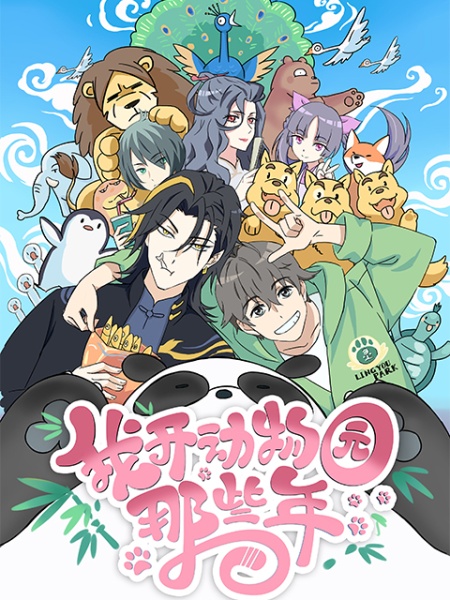 After graduating, the poor Duan Jiaze inherited a private zoo. He signed a contract and welcomed Luya, Daji, Bai Suzhen, black bear and other “animals”.

Since then, he was so worried that he has been dreaming about customer traffic.

Since then, the first zoo to implement a classification system has appeared, anyone under 21 years old cannot visit Luya.

Since then, demons, ghost and monks from the previous era are seething.

Many years later, Duan Jiaze and Luya imitated a dialogue at the annual meeting.

Duan Jiaze: Luya didn’t even attend elementary school, he has been a jobless citizen wandering for thousand of years. Afterwards he found a job, that is, to be an animal at the zoo.

These are recommendation lists which contains Those Years I Opened a Zoo. You should give them a visit if you're looking for similar novels to read. Alternatively, you can also create your own list.
More Lists >>>

This novel is hilarious, light-hearted and funny. I had a great time reading but 3/4 of the way through, I became really bored. Although it's a smooth sailing story that rarely has any face slaps (except for occasional arrogant 'new workers' or some random person) -- the whole thing with this novel is about progressing. About expanding the zoo, new animals, improvements. It's fun to read but it's not very tight, some of the settings are a little.. hole-y. But it's fine! Romance is about 5% of the novel -- really not... more>> the focus, but I find them cute together and their personalities are nice. But yeah, this novel became really boring around ch160 because there's nothing keeping me going. It's a 'what now?' situation. There's no building up of anything, just randomly adding pieces. Some of the old casts aren't mentioned after their 1 chapters, there's also alot going on that just felt.. finished. This novel could've finished sooner... Unrelated but I think one other point was how annoying some people are in this novel. The lack of boundaries and respect is a little off-putting. It makes me a little annoyed but I get it. Culturally and socially, the MC is fine still. It's also surprising that there's little to no villains in this novel, every situationship is very positive and is an ally of the zoo. Actually... this novel feels like a stallion protagonist novel collecting harem except there's no romance, and collecting little brothers is a matter of course. <<less
0 Likes · Like Permalink | Report

I will recommened this for those who like light-hearted element (which is really attractive to me) and can endure slow burn romance. (I really enjoy the dynamics of the couple, from foes (kind of) to friends and lovers) i love to encourage everyone to read it OR YOU CAN WATCH THE ANIME IN NOVEMBER 2019~ and especially if you are looking for a mixture of cute animals + a dash of mythology + slow burn romance + quirky characters + some cultivation + a dead... more>> app system + not much dog blood drama + building a business The side characters are rather entertaining too
Spoiler

[collapse]
ML is such an idiotic tsundere sometime I wonder if he was the bottom instead of the top LOL Some moments I enjoyed from chapter 1- 155:
Spoiler
For those curious about when the super slow burn romance start:
Spoiler

as for chapter 50 and so on, ML seems to be showing signs of falling for our MC

[collapse]
For those who are curious as to when they got together.....
Spoiler

this is a cute story about raising animals, building a zoo, gaining fame, making riches and raisng awareness about environment with a side dish of a slow burn romance between an idiot and a bigger idiot. Did I mention the abundance of the cute animals?
12 Likes · Like Permalink | Report

So far this novel hooked me a lot. Don't mind about the rating below 4! Afterall these 1-star is I'm believe from the yaoi/sho-ai haters. This novel is cute and light, love to see MC interaction with ML. Altough sometimes want to slap the ML ? Because damnn he to pridefull, but at the same time can't hate him. Well my opinion, if you likes read Cub association, maybe this novel your taste too. The animals is so cute ❤ raising a zoo, and etc. ... more>>
Spoiler

[collapse]
Oh by the way the translator is doing great for translate it, it's easy to read. <<less
9 Likes · Like Permalink | Report

This has to be one of the cutest projects so far, and a really nice read too. The animals are cute, the interactions between the protagonists are super cute (tbh, the slightly hetare, bird-brained gong is really nice and refreshing!), and the translator is doing a great job of making the novel a nice read. So far not much has happened in terms of action or suspense, but this kind of nice, atmospheric read is also very charming, I think. I hope the translator continues the project, and again many,... more>> many thanks!!! ♡ <<less
6 Likes · Like Permalink | Report

Characters: 4/5 I like the personalities of the demons, and the MC seems interesting enough (although there's nothing really special about him). However, honestly he's a little too useless / mediocre; the success is so much due to his golden fingers that it's a little sad. Not that bad though, since it's not like he doesn't do anything, but still. That said, he does have an inherent gift with animals (specifically, with fish) and it's amusing to watch. It's also funny how this story weaves in supernatural elements and mythology in... more>> a comical and lighthearted way. The animals also give this story a layer of meng. Even at this point, there's barely any relationship developments between the MC and ML. However, it seems promising, and I personally like when the romance develops slowly. Plot: 4/5 I like the idea of the zoo and the system, but this is coming from someone that enjoys OP settings since it's a serious golden finger. The development of the story actually feels very logical and step by step, so there's no instant success or anything. Rather, we see the process as the zoo comes alive. I'm looking forward to more! Writing & Translation: 4/5 Definitely some grammar mistakes, but it's not too bad. Furthermore, the translator has many notes at the end of the chapters explaining some mythological or cultural context, which is much appreciated. Also, there's illustrations sometimes (does this have a manga adaption?? Apparently it's getting an anime!!) that is SO cute. <<less
4 Likes · Like Permalink | Report

This story is absolutely damn good! A pity too short. Would love more extra chapters. Love the interaction between the MC and the supporting characters. I feel like I could take an exam about Chinese Mythical Beast after reading this lol. Also love the ML. The tsundere ML lol. At first I thought our ML would be an overbearing president type but never thought he'll be the kind of shy one at times! Enjoyed reading this. Love the extra chapters, the spin off and the Ascension part lol. It would be nice though... more>> if it's a bit longer. Looking for a story with the same kind of tone as this. Pm me if you know some! Love xx <<less
3 Likes · Like Permalink | Report

I actually watched the donghua and liked it so I decided to read the novel. The novel is obviously better but this slow slow burn is really hurting me at moments when reading. Though, I like the MC and ML interactions since the ML is so prideful and can only really have the MC to coax him hahaha! I want more updates plz. I really like the slice of life aspect in seeing how the MC takes care of the zoo and the funny interactions with the secondary characters. ... more>>
Spoiler

the concept of the novel is flawed. The realism is severely lacking. Even though this is fantasy, the people's IQ are too low, they're way too simpleminded. How could the finance worker not know how the whole zoo is upgraded? And yes the Luya can pressure the other animals to obey but how can the audience not feel suspicious about birds coexisting so peacefully? And the children being able to touch the birds is really dangerous since children are immature and can also unintentionally hurt the birds. Also there's no way... more>> the MC can let the Luyo in bird form perch on his bare forearm. The talons would no doubt pierce his skin and get him infected. The reporters think MC loves animals but then why MC eat pigs and sheep and duck etc when he "loves birds and animals"? And there's loads of other parts that defy logic. tl;dr if u care about logic dont read this novel. If u love light-hearted novels to the point of ignoring discrepancies then go ahead <<less
1 Likes · Like Permalink | Report

I'm happy and my heart is full. I love reading, I love BL, and most of all I love animals. What more could I ask for haha!... more>> It's cute, light, and a fun read if you're looking for something casual to pass the time. If you're looking for a break from drama and complicated stuff and just wanna relax your mind then this novel is a good fit. The MC is very likeable hardworking person and the ML is somewhat of a tsundere. Reading about the side characters even the ones that visit the zoo is entertaining. Give it a go. You won't regret it. <<less
0 Likes · Like Permalink | Report

One of the best novels I have read about fluff, fantasy and animal rearing. Makes you develop enviroment and fauna awareness, its funny, the romance has a very good pace and each character has their own niche and backstory development that wont disappoint!
0 Likes · Like Permalink | Report
Advertisements
Leave a Review (Guidelines)
You must be logged in to rate and post a review. Register an account to get started.