Novel Updates
RegisterLogin
Theme
Search
Your changes has been saved.
The Return of Cambrian Period 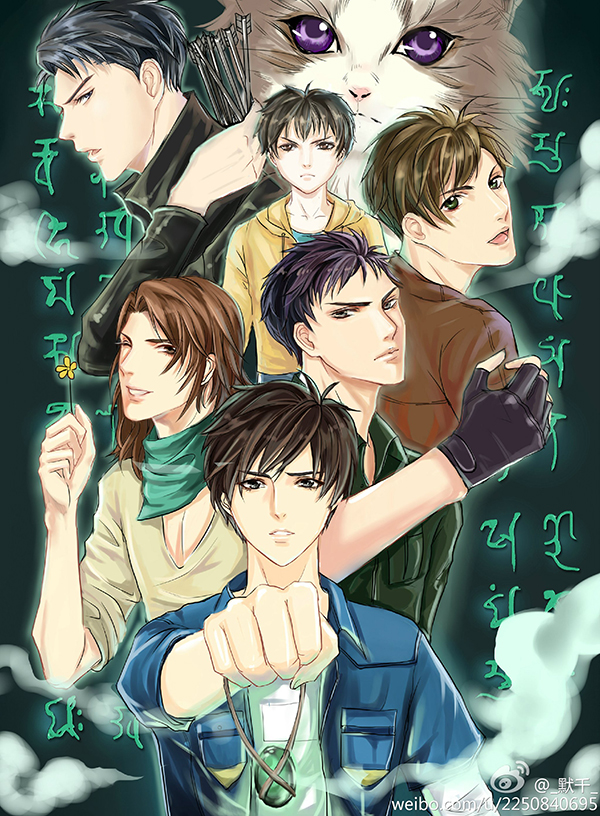 Status in Country of Origin. One entry per line
293 Chapters (Complete) + 70 Special Chapters

Before the Cambrian Period, the Earth’s species were relatively monotonous. When the Cambrian Period started, just after millions of years, which is a relatively short period of time in terms of geology, all kind of species on Earth suddenly evolved wildly. Countless of invertebrates, arthropods, mollusks, brachiopods, annelids etc. have appeared on the planet without any warning, greatly enriching the diversity of the Earth’s species. This million years period is known as the “Cambrian Explosion”. And after billions of evolutionary years, the Earth today blooms with diverse lives.

The cause of the Cambrian Explosion is a huge mystery and also the biggest paradox of Darwin’s theory of evolution.

What if… the Cambrian Period is coming back in this era when human civilization has already conquered the entire planet, and the global species will once again evolve wildly, what kind of challenge will this planet encounter? What kind of fate will humans, who are falling from the top of the food chain, face?

One entry per line
寒武再临

These are recommendation lists which contains The Return of Cambrian Period. You should give them a visit if you're looking for similar novels to read. Alternatively, you can also create your own list.
More Lists >>>

Hi everyone, translator here. First of all, I just want to let you know that I really appreciate anyone who decided to give this novel a chance. I made the decision to translate this novel purely out of passion with the intention to make "The Return of Cambrian Period" be known by many BL novel readers. I'm a picky reader, but "The Return of Cambrian Period" has always been one of my favorite novels of all time. It has every element that makes me love it: lots of adventures, thrilling plots,... more>> a wide range of characters, a little bit of romance and of course, the 18+ scenes (cause you know... I just cannot live without them.) The novel has a total of 11 books with 8 of them being the main books (293 chapters) and 3 other books are filled with 70 special chapters about the aftermath, so yeah... It's a long ass novel... The novel takes place in modern days when human has pretty much conquered everything and the Cambrian Period once again comes back and wreaks havoc on the human society. The main uke is a wifey material. He's very caring, gentle and very smart. He can cook, he can sew, he can do lots of things, but he's also an invaluable member of the team in terms of combat. His ability is really unique, and you'll know soon as you continue reading this novel. The main seme is a soldier who belongs to a special unit. He has strong survival instinct and is the main offender of the team. He is very strong, but not overpowered (I think...). He's tall, tanned and well-built, which is my favorite type of seme. There are also many other BL couples in this novel as well. What can I say, this novel is filled with gay couples LOL. I would be very grateful if you rate and leave reviews on NU. The links on NU will direct you to my wattpad, which is the platform that I use to post new chapters every now and then. You're more than welcome to vote on each chapter and leave comments on wattpad. I enjoy interacting with my readers as well. I have already obtained the permission from Shui Quian Cheng to translate "The Return of Cambrian Period". However, if you ever have a chance to support the author, please do so. Finally, I hope you will enjoy this novel as much as I do. I'm looking forward to hearing what you have to say about "The Return of Cambrian Period". <<less
40 Likes · Like Permalink | Report

Awesome and exciting novel, worth every single minutes spending on it. If you are a fan of apocalyptic genre and BL, this novel is a perfect choice for you.
6 Likes · Like Permalink | Report

I have read this novel before. It was so good that I literally slept only 3 - 4 hours for 2 - 3 days in row to finish the whole thing. One of the very few BL novels about apocalypse that I really like. What I like most about this novel is that the author created a giant scheme and it is gradually unfolded as readers go through the novel. IMO, that requires well planning and good imagination. All in all, I highly recommend this novel.
5 Likes · Like Permalink | Report

This novel looks very promising! The translator is doing a great job at explaining cultural references too. I like the MCs personality so far - it definitely seems like we'll get to see some significant character growth from him. I think he's already starting to melt the cold face of the ML bit by bit, even if the ML doesn't know it yet haha.
5 Likes · Like Permalink | Report

It is a very interesting concept of apocalyptic/evolutionary world. The characters are interesting till now. The only thing that bothers me is that its to slow and the initial trip to....
Spoiler

the airport took so many days, so many incidents and in the end they didn't even leave the city much.

[collapse]
Like in this 25ch could have been more or smth. But I will still continue to see where it reaches.
2 Likes · Like Permalink | Report

The story pacing and the plot is good. The ML is well written. The only downside is this story is the MC. His character is the typical weak-willed, soft, and damsel in need of rescue all the time. I feel like he was written with female MC characteristics in male body for the sake of bl. Even during apocalypse, MC continues to be naive and weak. MC depends on ML shamelessly, and proudly admit that he is weak so he can do nothing about it. MC is said to be smart,... more>> but he has not exhibit his intellect, only cowering in fear, hiding behind ml. It reads like typical shoujo romance, only MC gender is changed. 5 for the plot, 4.5 for translation. 2 for mc's personality. <<less
1 Likes · Like Permalink | Report

Spoiler
[collapse]
I liked the story but hate that it's on wattpad. I don't want to sign into the app but it's forcing me to sign in if I want to continue reading.
Spoiler

also, the part where they go against the bugs of Xi'an, I thought since there is Liu Fengyu and Cheng Tianbi they could have made LFY digestive juice into some sort of small range bomb and have CTB control the wind inside the pagoda in Xi'an to control the spread of the digestive fluid, better yet, since CTB can elementalize himself just turn the fluid into gas form spread it in front of the team while looking for the jade, it would have solved so much trouble, but then I guess it wouldn't be as thrilling

But I like the part where they crippled XuYing's son, that was a good plan.

And stinky prof zhuang yu is like the c*ckroaches he breed. Formidable and disgusting. And in turn I'm increasingly becoming disappointed with Tang Tingzhi and MC's uncle role. They are high level brain domain mutants but are always forced into passive role by zhuang yu, how come? They're more like a cheering squad instead. It's said there is 20 or more brain domain mutants I don't believe there isn't anyone with advanced brain surgery knowledge. This should have been an opportunity too, to introduce new characters. But I guess there's already too many characters. Anyway they sort of got along in the end.

The extras are like mini novels of the side CPs, mufei and devil pine are a little pitiful

[collapse]
This story is really very good but also with weird convoluted plot scattered in the most annoying places. It got me so annoyed I want to throw my mobile across the room sometimes. But overall, a very good post-apocalypse story.
1 Likes · Like Permalink | Report

The Return of Cambrian Period told the story of how modern world suddenly got hit by endless energy (Cambrian Energy) that's non stop promoting the growth and evolution of all creatures on earth. It is riddled with mystery that's slowly unfurled as you reached the end. It made you scratched your head as everything you thought you knew apparently was not the truth. The story followed the journey of Cong Xia, a young man that bound to a mysterious jade stone; and Cheng Tianbi, a secret soldier that was returning from... more>> a mission and awakened a natural power (wind). They set their journey to Beijing, in the midst of apocalyptic world, to understand more about what happened to the world. Along their way, they collected partners and colleagues, expanding their team to six people and a cat, and became one of the most influential team to fight the apocalypse. *** I personally love this story. It's pace is well done, the mystery is well done, the writing is well done, and the plot is well done. The story take sample from another story called Global Evolution (which I haven't searched yet), with different takes and all that. It's main text is ending at chapter 285 while others are extra. I don't really like the MC personality tbh, but it's still quite good and not annoying enough for me. I don't regret reading this much and it deserve 5 stars from me. I'm hesitating to read the special chapters because it's so long but it should be good. Anyway, I won't say much, but if you have time and chance, read this, you won't regret it. <<less
0 Likes · Like Permalink | Report
Leave a Review (Guidelines)
You must be logged in to rate and post a review. Register an account to get started.