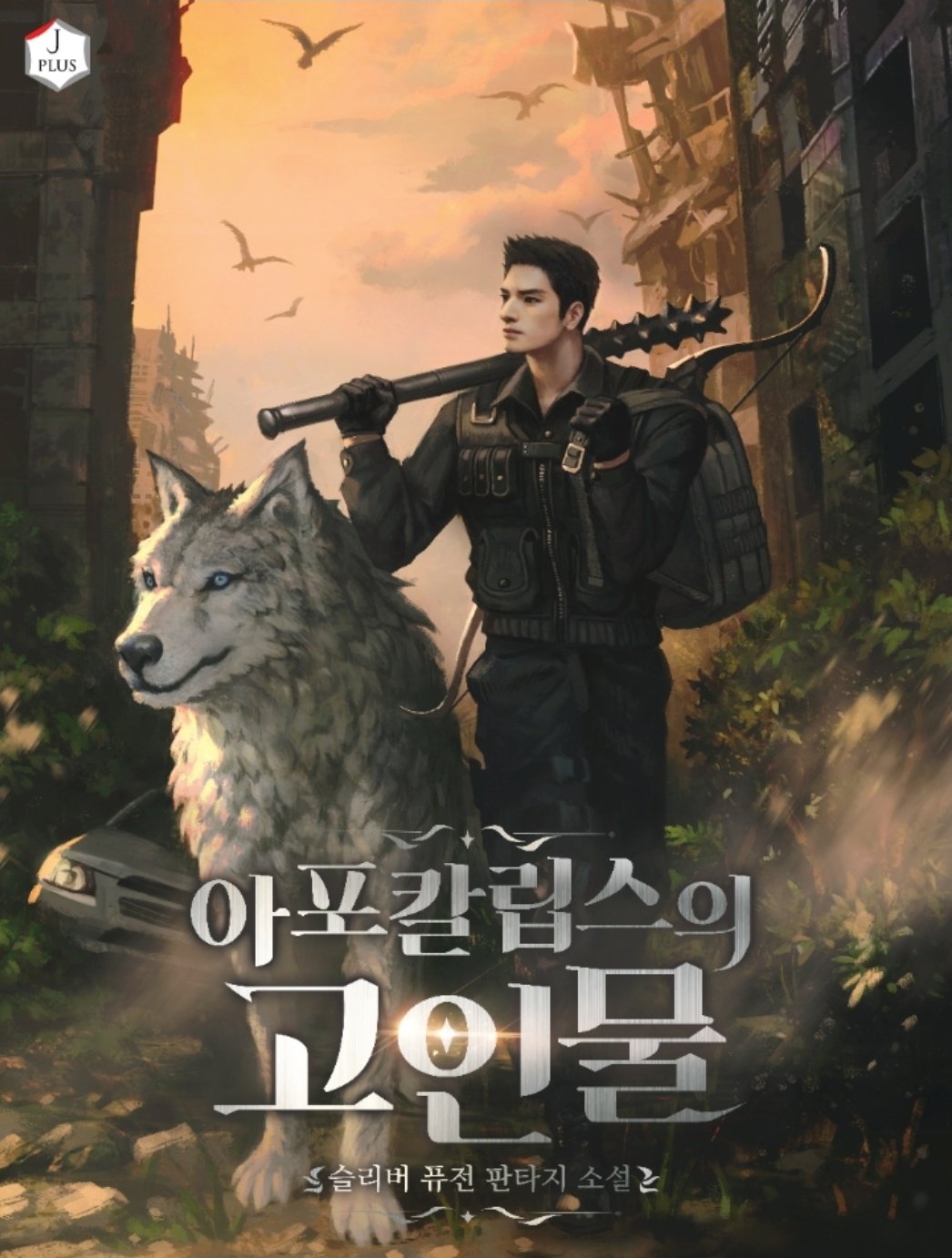 One entry per line
슬리버

Status in Country of Origin. One entry per line
287 chapters (completed)

One entry per line
J Plus Media

The world has changed into something like a game.

It resembles a survival virtual reality game where people were attacked by zombies and monsters.

And I was the last user of that game.

Introduction to the Survival Theory (1)

These are recommendation lists which contains Stagnant Water of Apocalypse. You should give them a visit if you're looking for similar novels to read. Alternatively, you can also create your own list.
More Lists >>>

33 chapters of prologue. Yet, it's pretty good so far, MC is kinda apathetic towards other people, he's not 'dense', just doesn't care for them much, he's close to a couple people but that does not make him go out of his way to help them with info, he doesn't even consider letting them join him. But let's see how things will turn out now that the apocalypse began. Translation is very good, I hope they keep the release frequency.
1 Likes · Like Permalink | Report

This book has a lot of potential. I'm not sure what it will turn out along the line but the current chapters are prety great. The MC isn't blessed with a godlike power that will make him easily win against any adversary he meets. He just gets a simple ability to make a portal to a forest in a dungeon. He doesn't slack off and just tries to prepare for the apocalypse as much as possible by ... more>>
Spoiler

preparing a base inside the forest in his portal, getting as much tools and supplies in that base in a limited timespan befote the apocalypse, getting weapons (metal will corrode at the start due to disease so firearms won't survive unless you store it somewhere safe until the corrosion disease disappears), and collecting as many videos and books as he can that is useful for survival.

[collapse]
The prologue isn't even finished yet because the current chapers are still in the preparation phase before sh*t hits the fan but this will definitely be a great series just based on the quality of the current chapters. Shit's good. <<less
2 Likes · Like Permalink | Report

Stagnant Water of Apocalypse is about a man who has played several thousand hours into a game that was notoriously known to be difficult. The story details his discovery of his status window and the surrounding events, which ultimately leads to his deduction that an apocalyptic world will break out in the setting of the game. ... more>>
Spoiler

Up until now, the novel seems to do a good job detailing how he plans to survive in an apocalyptic world. He uses a combination of his experience in the game with the technology that we have available - YouTube, to prepare himself for D-day which is when the meteor will crash and bring with it spores that will turn people into zombies and also corrupt metal.

His power is extremely useful for his survival plans, and forms the core of his plans and gives him great confidence in surviving. I think because he is able to utilise everything he has, this novel becomes all the more intriguing, especially because he isn't OP from his physical strength, but rather from his use of knowledge.

In terms of his character, I find it interesting how he is all alone until he finds the wolf, and although he shows signs of wanting to share knowledge, he knows he will only attract people who will take advantage of him if he makes known that he has such useful and indepth knowledge for survival. His suspicion is for survival, but I can imagine that being the only human in a world full of zombies and monsters will still be lonely, even with a canine companion.

[collapse]
The narration is mostly in first person, and it is detailed, coherent and translation makes the reading experience very smooth. Although at times it may feel like all you really read is a guide on how to survive for the end, which is full of laborious and tedious work- the narration makes the preparation feel realistic and necessary. I personally enjoy it, and makes me all the more excited for D-day, when preparation for survival turns into survival. So far, makes for an enjoyable read, and I'm checking consistently for updates. Although it might not be for everyone until more action kicks in. <<less
4 Likes · Like Permalink | Report

It's hard to rate the story since even at ch10 we're still at the prologue's prologue, but I think it's worth a read. I'll talk about the writing instead. The author adds a LOT of flavour text, initially I disliked it, but the insight and interactions add depth. I actually like the MC a lot, he seems painfully average which gives him a strange charm. He'll get annoyed at headlights being too bright or the government at it makes him feel real. Actions feel thought-out and he doesn't take liberties he... more>> can't afford for no reason. It's the story of the thought process of a survival story rather than a telling of one. <<less
3 Likes · Like Permalink | Report

It's a hidden gem! A lot of people may not like MC self talks, but a truly lonely people often do that.
Because I did that too to all my MC in a fanfic XD
Spoiler

[collapse]
I edited this because it's my first time posting a comment, I placed the spoiler outside the context lol. Anyway, good translation, translator-nim~
3 Likes · Like Permalink | Report
Advertisements
Leave a Review (Guidelines)
You must be logged in to rate and post a review. Register an account to get started.