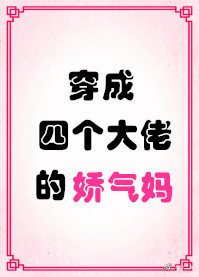 One entry per line
秋二方

Status in Country of Origin. One entry per line
95 Chapters (Completed)

Gu Yuanyuan had transmigrated inside a currently popular novel. She transmigrated into the body of a woman that carried the same name as her. Coincidentally, the woman already had four sons but was forcibly separated from them by an accident and had a miserable ending.

As time gradually passed by, it was always accompanied by change. The four sons grew up and became successful individuals. They became the bosses on their own chosen fields while on the contrary, their mother, Gu Yuanyuan, instead turned into a teenager who was even younger than her sons.

Seeing that the hurdle was too high, Gu Yuanyuan, who became a pea princess on the story, decided to find her four sons.

The eldest son was a billionaire.

The second son was a legendary medical doctor.

The third son was a martial arts prodigy.

And lastly, the fourth son was a genius professor.

Looking at their mother’s appearance that could be mistaken as their own daughter’s, the four big sons: “…???…”

One entry per line
穿成四个大佬的娇气妈-

Villainess With a Cat Changing System (4)
5 Big Shots Kneeled and Called Me Mom (3)
Clear and Muddy Loss of Love (3)
My Wandering Spirit Lady (3)
Sons, Too Mensao (1)
The Transmigration Missions Are Not Scientific (1)

These are recommendation lists which contains Petite Mother of Four Big Shots. You should give them a visit if you're looking for similar novels to read. Alternatively, you can also create your own list.
More Lists >>>

I like the story but there were times when I didn't like the MC (reason for 4 star) ... more>>
Spoiler

The ML is qianxian (from mtl) and the four sons are the ML and mf sons.

The ML betrayed mf in their past life. ML was third prince or something and mf was leader of this super selacred ground filled with herbs and treasures. Royalty and others ploted to get the land that mf owns and ML was one of their pawns.

Anyway, ML sent letter to royalty about the entrance to the sacred ground (info in it was wrong) but someone changed it. So, people were able to get in even though ML planned to trapp them by giving them wrong directions.

After the fight, MC learned the truth but idk where ML is. She used his blood and her blood and put them into 4 fruits which became the sons.

I'm tired so I'll cut it short. Mf did not transmigrate to a character in a book, it really was her but bec. Of some fragments in her memory she forgot about it.

She suffered in the first life bec. It had to happen to stabilize the world. When she came back again (the start of the novel) the world was already stabilized.

[collapse]
Anyways, the story was good, but I liked the reaction of the fourth son when she found him. I think it was the most intouch with reality. <<less
13 Likes · Like Permalink | Report

hello, MTL-er here! this is a story of mostly fluff and our female lead interacting with her sons! I find it really cute and amusing how doting and protective they are towards their mother! I quite like her interacting with
Spoiler

the children's father, too!

[collapse]
it's currently ongoing, but I think it should be near the end---
10 Likes · Like Permalink | Report

This story has a very big potential, just that the author decided that its done at chapter 95. There's too many scenarios that should've been added. It was like eating a cake then suddenly someones takes it from you, it's really unsatisfying. Nevertheless I still liked the novel and you can resd this to pass your time
7 Likes · Like Permalink | Report

(4.5) It's a great novel I really like it there's no dog blood drama expect for FL family issues with a little bit of Lu Wenchen but there's some time that I hate FL. She could have solve some problems better. The thing is I'm a little bit confused how FL interact with her family
Spoiler

Her family is not even suprised when they see her? Like 10?20? Years have past and FL is actually really old but since the frost thingy happen her body remain young and when her step mom and sister and dad see her they don't even question her how tf she's so young.

Or am I just missing something?

[collapse]
And I feel bad for ML I think he deserves better? And I actually wanna know what happen to Lu Wenchen (i really like him even tho he's sh*t.) Overall it's good and it's fluff! I like how she interact with his sons and how her sons spoiled her hahaha. And don't mind the ratings you should judge it on your own. :P
5 Likes · Like Permalink | Report

Fluffy with little drama, I highly recommend this novel when you want to relax or pass time. The story revolves around the family aspect of the MC. Her interactions with her children are so adorable. The ending is also satisfying as they're all reunited
Spoiler

including the supposed father. I need to emphasize though that there is no romance between them. Just their history is revealed.

i have finished reading this novel, it's full of cuteness, fluff and comedy. Almost no angst. A very relaxing story to read for me. ALL OF THEM are just too cute!!
3 Likes · Like Permalink | Report

Mindless fluff is also good fluff. There're many questions to be asked, but the answers are often unclear. I read it because of the cute description and I wasn't let down by it.
2 Likes · Like Permalink | Report

This is sweet and fluffyness about sons dote on MC. I love everything about this heartwarming novel
2 Likes · Like Permalink | Report

I really liked this novel, but to truly enjoy it, you have to ignore some glaring plot holes in the story. Hence, the 4-star rating. Everything's just fun so give this a try if you want a lighthearted novel! The relationship between mother and sons is so precious and there's also this cute relationship with ML. It's just very fluffy and you can't help but want to have old sons as well. It's not much of a romance story and focuses more on the doting mother-son relationship. Why it is not worth... more>> 5 stars: <<less
1 Likes · Like Permalink | Report

I mtl this one and it's a so-so for me. The story us good, light and sometimes funny. But it has a lots of loopholes and scenes that are (for me) irrelevant. When I first read the story, I was hooked by the villain, (possessive, cruel, cold etc.) I like these type of villain in the story. As the story goes by, it seems that the villain is just there to bring some problems (which is actually normal) but it's very weird. In the end, I still dont know... more>> what role the villain play here in this story. Even though the title villain is already there, it's just.. What the hell? What happened to him? <<less
1 Likes · Like Permalink | Report

@blankjasy99 This is a transmigration novel with a twist???. Your questions will be answer in later parts???
1 Likes · Like Permalink | Report

I love the novel but the timeline is really confusing me. To the other readers, can someone explain the timeline? ... more>>
Spoiler

Gu Yuanyuan had 4 sons at a young age. When she reunites with her sons, she is mistaken to be young enough to be their daughter. How old is Gu Yuanyuan approximately? How old is her stepsister? How old are her children??

Gu Yuanyuan has to be at least 15 when she had the 4 sons right? She was separated from them when she was around 20 (children around 5?). All 4 grew up and are adults now so I would assume at least 25 years have passed. Logically, she should be around 45 years old... Why were her stepsister/stepmother not surprised at her youngness? How is her father not like a retired gramps already?

Are there two stories going on? I am confused...

The female lead is fairly funny while her sons have diverse personality. These characters do indeed feel like real people, and I appreciate that. The plot on the other hand, is quite messy. I really don't think the author is able to keep up with any continuity errors. The female lead seems to have come from the past in some weird time warp that put her in the future, so you'd think people who'd recognize her would have similar reactions to her sons, right? Wrong. For example,
... more>>
Spoiler

When her family finds her, they immediately knew it was her and didn't question her for not aging at all and seemingly aging backwards?
Or the guy who kidnapped her, he never questions that although he kidnapped a lady in her 20s she suddenly became underage at one point?
When someone who pursued her before the "time skip" (Shu Ran) found her he also didn't question her not aging at all, she even mentions to him the girl before was an adult and she is a teenager and that he got the wrong person but apparently he brushes it off? The novel also mentions he looks around 20, but her sons are 20- if she pursued him in the before "time-skip" timeline wouldn't that guy be like 40?

(4.2 stars) It was quite a ride to read this. Love the hilarious moments and family moments in this story. Although the fantasy part is pretty bizarre to process but really appreciate how the ending turned out.
0 Likes · Like Permalink | Report
Advertisements
Leave a Review (Guidelines)
You must be logged in to rate and post a review. Register an account to get started.