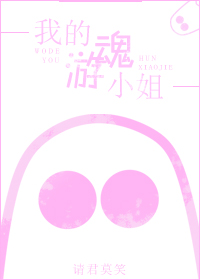 One entry per line
请君莫笑

Status in Country of Origin. One entry per line
74 Chapters (Completed)

Su Momo woke up in the hospital, but she found that a female ghost was following her. She does not remember her anymore, but she remembers her.

A romance continued between the living and dead, set in a modern city.

These are recommendation lists which contains My Wandering Spirit Lady. You should give them a visit if you're looking for similar novels to read. Alternatively, you can also create your own list.
More Lists >>>

Pretty much the other reviews took up everything that's needed to be said... this work is amazing. Another great work from on of my favorite authors and also... translator is amazing! thank you for high quality translation. Thousands kudos.
0 Likes · Like Permalink | Report

I LOVE THIS SO MUCH!!!??? I even cried while reading this. I could emphasize on the situation and my heart genuinely hurt for Lang Xingchen. This author is really an amazing writer and you can see that they're very hardworking (doing research on actual topics, writing daily) I have also read their other stories like Clear and Muddy Loss of Love (My personal favorite) and Female General and Eldest Princess. and the translator? PEFRECT!!!! Melts are doing such a great job and I am so grateful for their translations, it's easy to... more>> understand even for foreigner like me and very engaging <<less
14 Likes · Like Permalink | Report

Thank you so much for the excellent translations, melts and team. I've always been a long time lurker, since FGEP, which, btw, is one of my favorite yuri series. This story is also really amazing, with unique premise that I absolutely love! I just hope it's not too angsty - my little heart can't take it ?
9 Likes · Like Permalink | Report

I must admit it, I was hesitant to start this novel as it seemed too 'fluffy' for something from this author. Known for toying with my heart and breaking me into tears, I didn't know if the author could write happier novels just as well s their angsty one. However, I was pleasantly surprised to find the novel is both angsty AND fluffy. Also, since it is set in a more modern era the novel is more about supernatural mysteries and two lovers slowly regaining their lost love than scheming,... more>> fighting for the throne, etc. We got in Matriocal marriage and Clear and Muddy Loss of Love. This one is a lot more innocent, sweet, and cute than the previous historical novels by the author and is a breath of fresh air. The main characters are just absolutely adorable!!! Please read it, you won't regret it~ <<less
7 Likes · Like Permalink | Report

No Review? This novel is amazing, first GL ghost novel, romance is great and slow. Both FL is great and likable. Recommend it, ?????
4 Likes · Like Permalink | Report

GREAT JUST GREAT! This story is too short for me compared to the author's previous works that I read. As expected of the author, he/she will write stories that may appear tragic and sad, but he/she'll make sure that it'll be a HAPPY ENDING! For me, the pacing is decent even though it feels short. The romance is not slow-burn LOL The two main characters are already past lovers, so their relationship is faster compared to the other books. I feel so sorry for these two lovers. They love each other so... more>> much that they would do outrageous things.
Spoiler

[collapse]
The ending is a bittersweet but a happy ending. WARNING: It will contain a spoiler from the ending of "My Death God Roommate". I haven't read that novel, but the author explained the ending.
Spoiler

After Lang Xingchen spirit disappeared, Su Momo later diacovers that the lover of Lang Xingchen was actually her. She decided to remain single.

One day, Su Momo is watching the Moon until the Moon became bloody red. She knows that the world will end, but she's still quite happy (I think).

Then, she suddenly woke up and saw Lang Xingchen beside her. The world restarted from the time before Lang Xingchen died. She prevented it, and they lived happily ever after. It's a bittersweet ending because this time, Su Momo is the only one who remembers. (The author said that Mu Rong, a character from the other novel, sacrificed her body because an evil character will take advantage of the bloody moon. Then, the world restarted.)

As usual, the author is always giving a good quality writing and melts are doing a fantastic job in translating especially for the foreign readers. However, my last was chapter is 41 and it says the translation is on hiatus : (I hope melts will continue to translate this beautiful novel!
1 Likes · Like Permalink | Report
Advertisements
Leave a Review (Guidelines)
You must be logged in to rate and post a review. Register an account to get started.