Novel Updates
RegisterLogin
Theme
Search
Your changes has been saved.
Look At Me 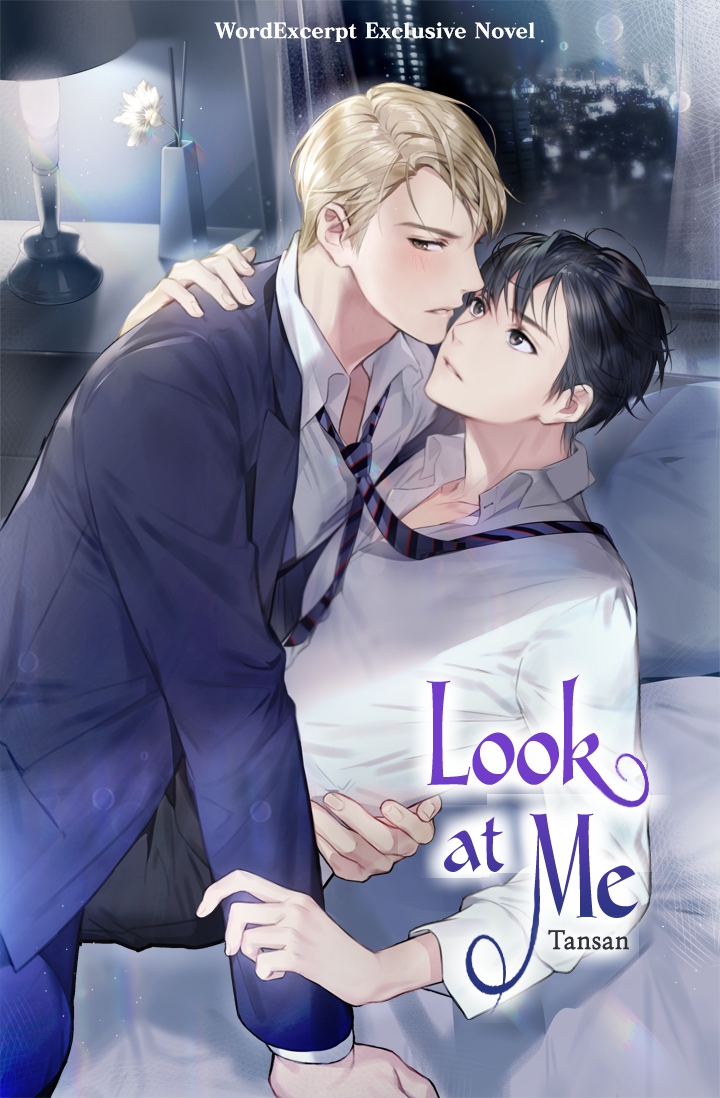 One entry per line
Tansan

One entry per line
Eclipse

When he came to, he was in the midst of passionate throes. While intoxicated, he was swinging his hips and releasing superdominant alpha pheromones to his heart’s content while clutching the hands of his cute, pink-eared partner. However, when he woke up in the morning, the man he spent an arousing night with was already gone.

He learned the man he spent the night with was an employee at the company where he himself was an executive director. To make matters worse, he was not well-suited to be a superdominant alpha’s partner.

“Right. Mr. Yoon. Were you the one who helped me in my car?”

These are recommendation lists which contains Look At Me. You should give them a visit if you're looking for similar novels to read. Alternatively, you can also create your own list.
More Lists >>>

On so far, it's been 34 chapters translated and nothing major happens. The sème is a joke, he was described as a tsundere and finally no is just immature. He's playing the big bread ceo a moment, the next he guffaws as an idiot. The uke is too submitted in the sense that he's always acting like a carpet with no soul. 3 chapters to discuss how to call each other. Not plot so far but useless description of the seme indecisiveness.. I give up
1 Likes · Like Permalink | Report

Love the novel, it’s so wonderful to see a character that realises the intensity of his possessiveness is crazy and holds back for his partner’s sake, instead of being emotionally abusive. I want more! I sincerely hate wordexcerpt though, I want to throw my laptop at their heads. Insanely expensive for the shortest “chapters” in existence. And once you pay, many of the pages have issues. Ruined the experience a bit, but still a great novel.
2 Likes · Like Permalink | Report

This story is honestly growing on me (internal screaming) ! It's rare to see an Alpha x Beta omegaverse work (to me, at least) and this is just lovely. I love seme POV novels and especially semes who are learning what it means to fall in love--how precious! The communication between Heerak (MC) and Doseon (ML) is quite awkward with the way they got acquainted and the gap in their employment status, but MC does try hard even if he is confused about the whole thing. Unfamiliar feelings and instincts for... more>> an unfamiliar man who clearly does not traditionally fit MC's image of a bedmate... but everything feels so right??? ("shocked" and internally fangirling. jpg) isn't Heerak the most precious?! The funny little misunderstandings between the two of them is just perfect to highlight and also lift the awkwardness of their relationship.
Spoiler

When MC asked if ML had photos of him (like blackmail unsightly photos from the night they first slept together) and ML admitted that he had photos of MC on his phone... only to reveal he had official photos of MC (like news article or magazine shots) that he'd downloaded... pfft! boy, I laughed my lungs out. Poor Heerak almost had the biggest disappointment in his life and poor Doseon thought he was gonna get sacked for keeping (publicly available) photos without permission

laughing while crying. mov for days, I'll tell ya

[collapse]
The smut is also so good. Pheromones don't affect ML and MC learns that the hard way sober. MC teaching ML to love and appreciate himself more, asking for consent and constantly checking in on ML, pampering the inexperienced ML until he's a melted puddle in bed... all the while, MC is patiently learning about each and every reaction ML makes that he (MC) has missed out on due to s*x with pheromone-sensitive Omegas. It's just not the same and I love this so much for Heerak and Doseon (sigh) ~ A superdominant Alpha's awakening to making love with the average Beta... Overall, at this point of the novel, I'm loving it and I think you will too! ٩ (◦`꒳´◦) ۶ <<less
19 Likes · Like Permalink | Report
Leave a Review (Guidelines)
You must be logged in to rate and post a review. Register an account to get started.