Novel Updates
RegisterLogin
Theme
Search
Your changes has been saved.
Advertisements
I Need to Skip Out on this Marriage

Home >
Novel >
I Need to Skip Out on this Marriage 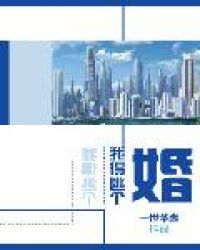 One entry per line
A Lifetime Of Beautiful Clothes
一世华裳

Status in Country of Origin. One entry per line
105 Chapters (Completed)

This is a story of a runaway bride who reincarnated, only to find that he couldn’t endure living with his fiancé and ran away from marriage again. A noisy, troublesome, clamorous love story.

One entry per line
我得逃个婚

These are recommendation lists which contains I Need to Skip Out on this Marriage. You should give them a visit if you're looking for similar novels to read. Alternatively, you can also create your own list.
More Lists >>>

Very disappointed. I saw the review and expected it to be good but the ML reall annoys me and there are a lot of plot holes. It is shallowly written I only like MC and the original owner's father, father wen XD (he really loves his son). Tried to read halfway, I don't want to waste my time anymore
3 Likes · Like Permalink | Report

Just one chapter and everything was happening so fast, but it was a bit funny at the end. So I hope someone will pick it up soon.
Spoiler
[collapse]
Where is the logic??The doctor was useless, they diagnosed the ‘uninjured’ person as losing memories? Also, his husband was a kid? Are you kidding me??
3 Likes · Like Permalink | Report

IT'S A BLOCKBUSTER!!! Dropping only 1st chapter was a bad idea. You need at least 5 to get the fully shocked by the speed of development and change of locations and reveal of what MC is capable of and get hooked. The starting point is original owner is a young master of a different planet which is more sci-fi, has a person he fancies, s*upid enough to listen to advice to test their feelings, runs away, gets abducted, sent to a different country, is bought by a rich young master, can't... more>> hadle the situation and commits suicide. This is where our MC kicks in and things start to spin at a crazier speed for his plan to go back. And I must say reading so far feels like I'm watching a SPY/blockbuster movie! MCs witts, dare, ability to adapt and create a plan at a high speed and him being a bit bloody totally catch your attention and ML's attention too. Also even if ML gets attrackted a lot to new MC, but he still tries to control himself, even if soon enough he's ready to put everything he has on the line. This is more slowly opening up of MC's feelings due to his past life, which pops up from time to time. <<less
2 Likes · Like Permalink | Report

What a ride it's been. The summary for this novel only unveils the bare minimum and really doesn't do this fantastic story justice. This is a futuristic, sci-fi thriller. MC transmigrates into the body of a young aristocrat who has been captured and sold to a family halfway across the world. Using his own strength, he returns to his body's family in order to unveil the mysteries behind his kidnapping while becoming hopelessly entangled with the infatuated ML. It is a slow burn on MC's behalf, on account of his carefree personality... more>> as well as his upbringing. Because he has little attachment to life, his feelings toward ML are based on mere interest for a long time. On the other hand, ML quickly falls into a pit and turns into lovesick puppy, which comes as a shock to those around him.
Spoiler

It is revealed later in the story that MC was trained as an emotionless human weapon, and his only lingering attachments are toward his adopted brother and sister who met their demise due to abuse of their adopted father. Because of this, he does everything on a whim and is quite content to leave everything at a moment's notice, which is ML's greatest fear.

[collapse]
There was a fair amount of humor and it was quite fun watching MC and ML jab at each other while simultaneously trying to feel each other out.
Spoiler

At one point, MC and ML make a bet on whether they can sleep together in the same bed. ML shamelessly cheats and wins himself 1 month in the same bed. In revenge, MC forces ML to act as a couple with one of his bodyguards, haha.

[collapse]
Although there weren't any huge plot twists, the story wrapped up nicely and this was a very satisfying read. <<less
1 Likes · Like Permalink | Report

IT'S SO GOOD! the MC was a mafia boss before he transmigrated and this is NOT like any other bl novels with mafia boss MC in general because the MC acts and thinks like a mafia boss. He's ruthless, charming and honestly too op but in a good way. The MC scams people like a pro, talks a lot of bullsh*t with such confidence that people can't help but to trust him LOL (and the way he talks about art XD "art is freedom. I feel like the wind is blue")... more>> The ML is also op, I really love the start of the story:
Spoiler

they are like cat and mouse, with the ML trying to catch MC. The ML hides his identity. He's the stoic fiancee in public but is also some sort of mafia boss behind the scene. The ML also doesn't have a lot of emotion cause he was scientific lab experiment or something, but once he falls for MC, its like all of his emotions goes for MC