Novel Updates
RegisterLogin
Theme
Search
Your changes has been saved.
Advertisements
I Am This Type of Woman

Home >
Novel >
I Am This Type of Woman 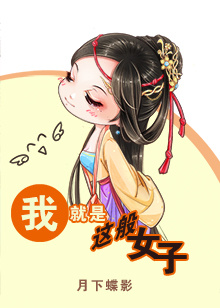 Status in Country of Origin. One entry per line
142 Chapters (Completed)
5 Side Stories (Completed)

A s*upid father with good luck, a kick-ass and protective mother, and a dandy younger brother all want a principal husband.

Her engagement has been broken off three times yet she does not panic.

Beautiful and magnificent clothes, golden beams in their house.

She has money, she has power, why would she need a husband?

This is a story about a garish woman who has had her engagement broken off three times and a hypocrite of a man.

These are recommendation lists which contains I Am This Type of Woman. You should give them a visit if you're looking for similar novels to read. Alternatively, you can also create your own list.
More Lists >>>

I think I forgot to add review for this. But all other reviewers already stated what I'm gonna said. The female lead and her family are the main point of this novel. They so fun and hilarious together. I love that instead of hiding the dreams FL had, she just told her family. It shows how much tight their bond is as a family and the trust they have not like other family. edit : THEY MAKE A DRAMA BUT TO BE WARNED, they seems to changed Xie Wanyu into a... more>> chef and as a romantic interest to Ban Heng who is the fl's younger brother. sigh, to changed one of the villain into a good person. Lmao whos gonna married second prince now ???? <<less
0 Likes · Like Permalink | Report

So good! I highly recommend this novel if you are looking for a heartwarming and funny romance. Fluffy and sweet, but balanced with a decent plot that holds your interest. Also the romance is believable, no instantly-obsessed-at-first-sight kind of love, so it's nice to see the couple's feelings grow. I love the MC's personality, so gallant! She might seem s*upid at first, but she's really not, she's just more like a military style - speaks straight, treats sincere people sincerely and doesn't put up with fake people, not afraid to live her... more>> life staying true to herself. Not a bad novel to read with MTL if you want to finish it. <<less
0 Likes · Like Permalink | Report

One of my favorite novels. MC is kickass but with many faults that makes her extremely loveable. Her immediate family relationship is very heartwarming. ML is brilliant but also has failings and needs the MC to protect him. The intrigue makes for a captivating read.
Spoiler

The secondary Male leads were treated kindly by the author but imo deserved much harsher endings.

I have always love the author's works and this one is also definitely one of my favorite. I like how more humane the Male Lead is compared to author other works. All of ML reaction to Female Lead quirkiness and smartness is really fun and interesting to watch. ML seems more like a normal living being and not the 'high-above-pure' ML which is different than author other works. FL family that also dote dearly on her and always support her is also one of the good point of this novel. Just like... more>> author other works, this novel purpose is to bring us to watch ML and FL journey to falling in love to each other and no other obstacles are in their path. It feels like being swept by the current of their love sweetness for each other. What I most like about this novel is FL confidence in every way possible. She have her principle and moral that others can't broken and this is admirable of her. She is not afraid of people's mouth always gossiping about her. She is also proud but still know what is wrong and what is right. This kind of strong Female Lead is always likeable and lovely to read about ^-^ As always the author never disappointed this reader! ヽ (*⌒▽⌒*) ﾉ <<less
6 Likes · Like Permalink | Report

I cracked up so much when FL said to her husband-to-be: "Youngman, you have such a good vision, I am very optimistic about you" when he was proposing her, LMFAO This novel is gem because of FL and her family. Highly recommended to read (ﾉ*>∀<) ﾉ♡
3 Likes · Like Permalink | Report

I loved this story. I like the FL dare to live her life to the fullest and ML was so charming. The Ban family was the fun and happy family, they were so loving and so protective to each other. If you like fun, independent and smart FL, this is a must read novel.... more>> The MC were not fall in love instantly but they were fascinated to each other beauty and characters then get along each other. They were definitely power couple, they work together and help each other in difficult time. I MTL this novel, honestly it was hard to read but I was persistent and interpret the meaning as best as I could because I believe this is a great story. <<less
2 Likes · Like Permalink | Report

I couldn't wait for the translations, so I MTLed this. And I can safely say that this is one of the best and funniest novels I've read here on NU. The FL is beautiful, vain, petty, decisive, strong, and independent yet never cruel. She's also rather crafty although she prefers not to involve herself in complicated matters. The ML is your typical two-faced gentle scholar, but he's genuinely a gentleman. The FL's family members, especially her brother and dad, are absolutely hysterical, but they truly love one another, which is something... more>> we don't always see in these types of novels. I can't properly describe how much I enjoyed this story. Just know that I stayed up all night to finish the MTL version. It might have killed some of my braincells, but it was worth it. (Gonna be rereading it again while waiting for the translated version.) Give it a read. You won't regret investing your time. <<less
1 Likes · Like Permalink | Report

Everything that needed saying has been said already. But hands down, I loved the Ban family and the ML was awesome in this. I actually loved ML more than MC.I like how they didnt fall in love at first sight or calculate each other for advantage and whatnot. Breath of fresh air!
1 Likes · Like Permalink | Report

One of my favs by the author! I don't usually leave comments but this one deserves a chance (and higher ratings!) I love the MC's attitude and the family is very cute as well =D Definitely recommend this novel for those who likes the author's style =)
1 Likes · Like Permalink | Report

The summary above has a very little relationship to the story itself. The female protagonist (FL) lived in luxury and was spoiled by her relatives. She was frank and took revenge on the spot (by whipping), yet after that, she didn't keep any grievances even to novel antagonists. Notably, she's lazy. Her personality is akin to a cat. She dreamt of her tragic life after 5yrs and couldn't remember who overthrown the "Jiang" from the throne. So she wanted to live to the fullest before it happens The story has a... more>> dark undertone, and quite tragic without the FL. Since the FL is quite silly, she didn't know the conspiracy why her family (Hou Fu) is brought up without a real power. Still, not all characters in position are unreasonable and selfish. For the ML, I expected him to be a cold hearted but he was not. I like that he was not much OP as other male lead. As opposed to other review, I don't find the ML's personality as realistic. He's good to the MC to be true. I can't believe that he doesn't have a pride. <<less
0 Likes · Like Permalink | Report

hi, I'm a self-proclained professional MTL-er! this was a pretty good novel! I binge-read it and completed everything within 24 hours! Best things about the novel were the happy familial and romantic relationships! I love her family who truly cares for and loves her. I ship the main couple, ufufufu! I ship it a lot, wheeee! They're so cute together keke, especially after they've gotten together. Come read and ship it with me! Fluff forever!
0 Likes · Like Permalink | Report
Leave a Review (Guidelines)
You must be logged in to rate and post a review. Register an account to get started.