Novel Updates
RegisterLogin
Theme
Search
Your changes has been saved.
Hunting for a Delicious Wife (After)

Home >
Novel >
Hunting for a Delicious Wife (After) 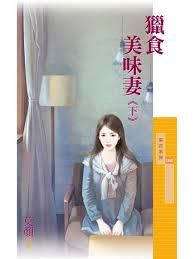 One entry per line
莫颜

Status in Country of Origin. One entry per line
33 Chapters (Completed)

Tang Xin Lian had never met a good man in her life. In order to stay away from rotten peach blossom flowers (bad relationships) and to take care of her son so that they’ll have a peaceful life, she indulged in the notion of employing a fake husband!

Even if she considered all men unreliable, the candidate she chose was gay, so it should’ve been safe right?

First of all, who said that a man who drank at a gay bar is gay?

Secondly, regarding her “new roommate” Zhong Zhen Dong’s outward appearance, which was cultured and refined, he was also modest and courteous. However in actuality, this man was without a doubt very cunning. If you easily believed him, you wouldn’t even know how you would die one day!

The naïve, innocent, little white rabbit wasn’t aware of it. She was just happy the flies around her were finally driven away.

That was until the big wolf entered her inner chambers and proceeded to go to the next level. He tried to control her desire, her body, and her heart. Even her son who always stuck to her, traitorously shouted ‘father’ with genuine admiration.

She then realized Mr. Nice Guy actually originally harbored evil intentions towards her. It was simply a tiger disguising itself as a pig to eat its prey!

Being tied to this handsome man was definitely a calamity, not a blessing. Right now, it wasn’t considered too late. She could still escape without a trace, with her son. She’d erase the past 100 days, and exchange it for a happy, stable life…

One entry per line
猎食美味妻（下）

Hunting for a Delicious Wife (Before) (Prequel)

Major General Spoils his Soul-guiding Wife (6)
My Cold and Beautiful Wife (2)
My Wife Spoils Me Too Much (2)
Rebirth of an Abandoned Woman (2)
Beloved Little Treasure (1)
One Child Two Treasures: The Billionaire Chief’s Good Wife (1)

These are recommendation lists which contains Hunting for a Delicious Wife (After). You should give them a visit if you're looking for similar novels to read. Alternatively, you can also create your own list.
More Lists >>>

I have no idea why this is tagged as romance, this is a horror story. MC is smart and practical. Like many of us, she has been through several abusive relationships and knows how to act. She knows how dangerous it is when you're leaving, she has a plan, she plays it safe, she takes her opportunity, and she acts. ML is a horrifying abuser. He acts like since he doesn't hit her then he's actually a good guy, meanwhile controlling everything about her life. He thinks he's treating her well by... more>> ignoring her will. His personality is too close to reality, it's terrifying. I sincerely hope MC manages to get away from this man and lives the rest of her life with her son without trauma. Sadly, I suspect the author somehow thinks that this is a romance story... It makes me very afraid that there are people who would think this is a romance... It is good to read if you like horror. It is accurate in human profiling, and interesting to read. Genre is off, but the tags are correct. r*pe should be added though. <<less
53 Likes · Like Permalink | Report

Stalker vs the poor victim, round 2.
.
..
Sorry, I just can't help it. I dislike the male lead, so reading this sequel is kind of like watching a thriller movie for me. Imagine waking up in the morning, and found someone who you were running away from sitting beside your bed. It's not romantic. It's scarier than watching a horror movie. It's kind of sad that the MC was portrayed as a white rabbit whose destiny is to be eaten by the big bad wolf. I just got... more>> a feeling that the story would have been better if the MC were given a chance to escape from Mr. Good Guy a.k.a ML. As long as you have no problem with the stalker male lead, this novel is pretty decent. There are some sweet moments, and I really like the side characters. E.g: Lin Yu Fan. It's a waste that the side character didn't appear more often. <<less

Oh god, I don’t even know what to say anymore. The male lead is getting scarier and scarier with his tactics to chase her... Poor female lead... Thankfully, we see a second male lead coming to redeem the romance aspect of this story. Hopefully.
25 Likes · Like Permalink | Report

This is a thriller movie alright. I'm just glad that the female lead is not some naively dumb character, she just dont really know who the male lead really is as a person. Once she knows, she do exactly like a sane and smart person would do. She's still true to herself and not easily swayed by others. ... more>>
Spoiler

This is totally different to the very annoying dumb female character from ANSTG. Even after she'd been abused so many time she still run towards the male lead arms. She supposed to have this so called "High IQ" but the female MC in this novel is much smarter than her. Nobody with this "High IQ" would even trust a person twice after he/she has been abused by that person. Sorry for ranting, I just can't even stand with a person who support this kind of character (They're many unfortunately, they find this kind of act 'sweet and cute'? People with this kind of mind, please go see a psychiatrist ASAP!)

Finally done reading all the chapters and it's satisfying. The wolf and the bunny would best describe the ML and MC respectively. Overall, a satisfying ending and a nice novel to read (imo).
4 Likes · Like Permalink | Report

THroughout the story he thinks of the FL in his bed, And he's so controlling, he calls FL his "little white rabbit", cliche. I didn't like the 2nd ML too. At a point I even wished for the FL to end up alone. He (ML) said he loved her but I just couldn't it.
But don't worry it's a HE

[collapse]
I still don't know why I read this
anyways, it's a good read for passing time. <<less

This doesn't have an ounce of Romance in it she doesn't like him she's made it clear enough he's also clear that he just wants her body and he's interested in her because she different than other women who throw themselves at him she's kind naive and ignorant that's what he actually thinks and I really hate this creep a lot and if anyone encounters such a person they will also need to run away from him he also is very controlling of what ever she does and it's not... more>> acceptable at all I feel sad for her but she knowingly or unknowingly has dug her own grave and doesn't have a choice anymore <<less
0 Likes · Like Permalink | Report
Leave a Review (Guidelines)
You must be logged in to rate and post a review. Register an account to get started.