Novel Updates
RegisterLogin
Theme
Search
Your changes has been saved.
Hunting for a Delicious Wife (Before)

Home >
Novel >
Hunting for a Delicious Wife (Before) 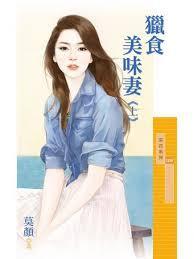 Status in Country of Origin. One entry per line
42 Chapters (Complete)

Every male or female that entered the bar, all hoped to become the center of attention. However, Tang Xin Lian was the opposite. Undoubtedly receding to sit in a corner alone, dressed suitably but not sexily, yet she still managed to attract the gaze of Zhong Zhen Dong. Let’s not talk about the fact that she only ordered a glass of milk at the bar, she had a pair of clear and innocent big eyes that brought about mischief in others!

Against expectations, this little white rabbit had the courage to walk over with milk in hand, and opened her mouth in hopes of hiring him as her fake husband. Furthermore, it included food and housing, but not sleeping together. The only condition was to help her fend off a “bad peach!” (a bad relationship)

~Tsk tsk tsk~ (Sound of clicking one’s tongue). How can one survive without knowing the viciousness (dangers) of mankind? Just let him, this big, feral wolf, personally teach the dangers of playing with fire.

She said she doesn’t want to marry? He doesn’t care about a person’s status, he’s satisfied to be able to love her everyday!

Her son is from a previous marriage? Even if she had 100 sons, it wouldn’t matter! Furthermore, this 8-year old little rascal was very useful; can tease, can play with, can act as a hostage.

She was completely in the palm of his hand. He watched the little white rabbit still not obediently submitting and returning under the wolf’s claws quietly as his dessert!

One entry per line
猎食美味妻（上）

Hunting for a Delicious Wife (After) (Sequel)

These are recommendation lists which contains Hunting for a Delicious Wife (Before). You should give them a visit if you're looking for similar novels to read. Alternatively, you can also create your own list.
More Lists >>>

This series takes a rather nice, strong and independant (from what little I know about her) female lead and wears her down by continually throwing shady men at her. Of these, the man who is probably the worst, or at least the most warped, is the male lead who sits back, blocks all her escape routes and waits for her to run into his arms since she clearly has no where else to go. The author probably thought, since all men are bad, may as well get with the guy... more>> everyone else fears so at least she'll only be bullied by the one person. Overall I'm not sure why there's a romance tag, since the female lead isn't in love with him, and the male lead doesn't really know what love is. Anyway the female lead is not bad, aside from taste in men and her biggest mistake was walking into a gay bar and not renouncing men for life - a nunnery would also work. <<less
7 Likes · Like Permalink | Report

He disregarded her wellbeing in order to satisfy his lust. :l

I’m just not used to scheming male MCs who do anything (things that distress the female MC greatly) just to get the female MC. It just doesn’t feel like love, more like lust and obtaining something you can’t have.

[collapse]
Ending of the first book of 3 I assume, from the “before”. There should be a “middle” and “after”:
Spoiler

She runs away from him! To another country! Atta girl ;_; Run far far away from that psychopath and meet a true man who really cares.

Well the story can be summed like this
Spoiler

Well, I'm just interested in what is next. Truthfully, the ML is a bit of a psycho, which makes it interesting. I dont actually see the romance, I only see the schemes of ML. So I give a 3. I give an additional star for Chen Chen because he was actually the main reason I read this (Childcare or novel with babies/children tag from another site I can't remember). I know I'm being weird. I was hoping this would be like Hidden Marriage with the frequent appearance of little bun cuteness... more>> overload, but meh. It highlighted more on the possesive MLs scheming. And it became 5 star rating because I want to give credits to the translators. 😂 They did a great job. At least it made up for the sick plotline. I'm looking forward to the second part. This is actually my first time giving a review. But I know that if you're the type that wants to read pure romance, then this isn't a novel for you. <<less
2 Likes · Like Permalink | Report

A very meh male-domineering series (so far). This appears to be part one of a longer series, but as of now, I am not very impressed. A decent premise that is let down by poor execution. The male protagonist is portrayed as a charming, powerful playboy and keeps him that way until the end. Although we are given insights into how his thoughts and personality change, his actions do not. The female protagonist is written in a way that we sympathize with her and feel that it is unfortunate... more>> that this innocent rabbit ran into his claws. Not all of it is terrible though. It seems that the main characters will go through great development, the light-hearted atmosphere is pleasant to read, and the two prominent side characters are enjoyable whenever they appear. A disappointing part one, but I'm hoping that part two is better. <<less
2 Likes · Like Permalink | Report

This novel doesn't read like an actual novel but more like the outline for one. All of the characters, including the leads, are one dimensional. With a lot more detail added and being rewritten in first person, this could actually be a fantastic dark romance. As it is though, it's mediocre and not worth reading.
1 Likes · Like Permalink | Report

It started off like a normal story, plot developing well. Then towards the end it started going down hill. The one star is for the translators hard work but otherwise, this story really isn't for me. ... more>>
Spoiler

The ML started becoming a controlling stalker forcing himself on her, thinking that he's loving her. No just no. Making her ex stalker continue to scare her as a scheme to get her to trust him annoyed me.

[collapse]
Had high hopes for this but I'm abandoning ship. I read till the end hoping that things would take a turn for the better but sadly I'm disappointed. Le sigh... <<less
1 Likes · Like Permalink | Report

Exciting, the argument is good and the plot too, to better understand everything you also have to read the next part, because well, at a certain point everything is too mmm mature? dominant? no feeling? this novel is dramatic and mature without being bearable (I do not know how to explain myself) is not something I would read in a day or two, maybe a week (although I read it in three days lol) for the argument that good, for me it is a bit heavy and not so easy... more>> to digest, it is better to take your time.... but hey the novel is quite good and recommended (although it is not a sweet and pompous story like others, it has its own charm) <<less
1 Likes · Like Permalink | Report

i’m not really experienced on these kind of romance novel, but I can say that the male lead is a wolf in sheep clothing and the girl is red riding hood don’t be scared though, the female lead have a strong personality, and indeed quite naive I consider this a good read if you like to read something different, light and some romance drama 30 chapters out doesn’t do me justice at all
1 Likes · Like Permalink | Report

i can't see any romance in this book 1. What I see is someone obsessed in getting the body of MC and I do like her for being to honest, reasonable and clear headed. I hated the ML here since he only feels lust and the instinct to conquer her, not love. He's playing mind games with her, indirectly attacking psychologically ... more>>
Spoiler

[collapse]
i do hope that book 2 will show that this ML will change this attitude. But I'm not expecting much from him p.s. I might lower my score if the second book disappoints me in the future. So far this is my lowest score among my list. <<less
0 Likes · Like Permalink | Report

Ignoring the fact that ML is a creepy stalker disturbing MC 24/7, I would say the story is good. Though it is a cliffhanger in the end but every chapter is short and enjoyable to read. This is the modern day MC I am looking for my entire life. Independent, cautious (though sometimes a gullible person), and very level headed.
0 Likes · Like Permalink | Report
Leave a Review (Guidelines)
You must be logged in to rate and post a review. Register an account to get started.

The Familiar of Fate