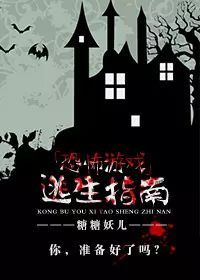 One entry per line
糖糖妖儿

Status in Country of Origin. One entry per line
Completed (135 chapters)

Xin Meng woke up from his dream and found himself entering a horror game. He must work with five other people to struggle and survive in a terrible world. Every effort is made to get back to reality, and the name of the game is… “Infinite Reincarnation”.

Soon, Xin Meng will realize that the human heart is far more terrible than the game.

One entry per line
恐怖游戏逃生指南

Game, Live Stream (3)
I Rely on Kisses to Clear Survival Games (3)
To Be a Heartthrob in a Horror Movie (3)
Escape the Infinite Chamber (2)
I Am a Summoning Master (1)
I Dedicated the Dimension to the Country (1)

These are recommendation lists which contains Horror Game Escape Guide. You should give them a visit if you're looking for similar novels to read. Alternatively, you can also create your own list.
More Lists >>>

May be suspicious for me to talk, as I'm the one 'translating' the novel, and I have not yet finished it all, but overall it's a nice read, kinda annoying with the MTL errors, but I hope people will give it a chance now that I'm making it a bit clearer, I know horror is not a popular genre around here, I guess... But I hope someone will enjoy it with me :) For those looking for a short summary, here it is: ... more>>
Spoiler

MC wakes up inside a horror game with another 5 teammates, and they all need to clear the game mission to go back to the real world. It has a few things, like the players being able to come back to life if at least one of the teammates finishes the game (they cannot die more than three times, though). First arc is a zombie apocalypse and mostly introducing the characters. I have a lot of fun with the team dynamics, as they are... Truly, just a mess. ML is a retired soldier working as a mercenary and oh, he is so soft to MC! There's a scene where they, *cough* papapa for 14 whole days for... reasons.

WOAAAHHH!!! I know there are so many people out there who don't like the horror genre due to how scary and frightening they are, but I don't really care about all that. I. LOVE. HORROR. NOVELS! On top of all that, I love BL so much, I could practically die for them! So what happens when my 2 favorite genre's get smashed together? It becomes an ultimate Horror BL novel! I was absolutely stunned when I first read this, because I instantly fell in love. I enjoy the story itself, and the cute... more>> interactions between our MC and ML. Truthfully, I've been bored as heck these days, since there was nothing fun to read or watch, as I've already read everything that appeals as "interesting" to me. However, all of a sudden this popped up and I was like, screw it, why not. I never regretted the decision to start reading this novel. The storyline can really showcase how cruel one's heart is capable of being, especially when put in dire situations. But seeing the ML and MC fight their way through everything, despite all the chaos going on, really makes it fulfilling. So yeah, thanks for translating this amazing novel and quenching my thirst for entertainment. The ONLY downside to reading this is the fact that sadly, our MC is stuck with the same damn teammates all the way through. I mean, yay, the MC and ML are always together, but there are also those backstabbing b*tches that had to come along. It's plain awkward to encounter someone who betrayed and kill you in the next instance as they wouldn't know what to say, nor how to act and the entire team would fall apart, not to mention, the atmosphere/mood would be quite tense. Anyways, for anything else, like extra info or whatever had already been said by our dearest translator, Zucci, and yah! Totally my cup of tea! Keep up the good work~ <<less
11 Likes · Like Permalink | Report

I truly enjoy this series! If you like horror and mystery, this is your cup of tea. MC wakes up in an empty apartment and all doors/windows are locked, then he finds out he's in a horror game system and that he need to complete all games to return to the real world. ML is one of his teammates! Though the focus is on the plot, it's very nice. Reminds me of Game, Live Stream! Though... There's a twist! I don't want to say it because it will sound weird but,... more>> well...
Spoiler

MC is not a player in the end. He's the system, kinda like the mastermind behind it all.

Not even considering the other issues with this story (such as the pig teammates), my biggest issue is with the protagonist. At first, he was great at taking charge and the one responsible for most of the progress the team was making (which I enjoyed while it lasted), but after meeting the ML, he has almost no use whatsoever. Or rather, he takes almost no action with his own initiative. Of course he might think about it, but before he can, he's either interrupted or the ML has already resolved... more>> it. The protagonist becomes increasingly passive as the story goes on. Even without the influence of having a slightly OP ML to take care of everything, the MC often notices something, or is going to say something to his teammates but ends up "swallowing his words" and saying nothing each and every time. This was incredibly frustrating to watch, especially because most of his teammates are incompetent. Yet another frustration I have with the MC is his s*upidity when it comes to "horror games." He's praised as smart but in actuality, he doesn't have much more intelligence than the average person. He has satisfactory deduction skills, and notices things that inexplicably "gives him a bad feeling, " but he never acts on these. What is the point if you don't change anything based on those bad feelings? And on top of that, he doesn't notice things he should. For example:
Spoiler

In the second arc, he encounters a village full of overly nice and helpful people. In what he knows is a horror game. If that doesn't put you on guard, what will? This isn't the time to be relaxing and trusting these obviously suspicious people!

[collapse]
And when he finds out the truth of the situations of each arc in the end, bemoaning the fact that the game was showing signs everywhere but they just didn't notice, there's no satisfaction because you as the reader have already noticed all of this and probably figured it out from the get go. If this is the first horror story you've ever read, then it should still be ok. But once you've read enough, the things our oblivious protagonist should have noticed become frustrating obvious. <<less
8 Likes · Like Permalink | Report

ch 1-37 I am quite satisfied with the novel right now. It is true that the theme of "entering a game and having to pass it in order to live" is rather common, but still some dynamics of the game have surprised me because I had never seen them before [now I'm reading the second game and the writing and plot makes the story actually scary and really misterious (I have many guesses about whats happening but I don't seem to get anything right) ]. In addition, the protagonist is not the... more>> typical overpowered MC. He is intelligent without taking away the attitude of a normal person in his situation (for example, being afraid and showing it). I am satisfied with him. Regarding ML, at the moment we don't know much about him but he gives me good vibes. He is rather misterious. And he doesn't eclipse the MC, nor vice versa, which I think is an important point. On the other hand, we have the dynamics of the MC's team that are somewhat peculiar due to how the members are, but at the same time I think it makes it more interesting. I look forward to next chapters! <<less
6 Likes · Like Permalink | Report

If you enjoy reading survival novels like "The Earth is Online", "Global University Entrance Examination", or "I Wasn't Born Lucky", this novel will truly disappoint you. Don't waste your time and just go back! ... more>>
Spoiler

The author seemed to like to portray MC as smart and reliable protagonist, however, he came out as naive and useless character. The first zombie arc was OK. It was just OK. MC noticed things but he just kept them inside his mind. So, what was the point of noticing them, then? And when ML appeared, MC stopped using his brain and waited for ML to help him every time they met danger and felt sad when the other party didn't. Hello? Is that something a smart protagonist would do? But still, the author kept insisting that he was smart. And whenever ML pointed out something, he was like "no wonder",
"Aww, that's why". Why didn't he notice it first when author want him to be smart. Even I, reader, can see them. What was more frustrating was that there were so many clues about potential danger and those group of players totally disregard those clues, eating and strolling happily as if they were on vacation. No, it is not the indifference of the strong, it is the ignorance of the naive. And teammates were not so likable. They included s*upid to the point of no return idiot, two a-holes and one little girl who was a little creepy. And N0, teammates didn't change each arc and MC had to stuck with those unlikable teammates.

[collapse]
If you don't want to anger yourself to death, don't read it. I truly appreciate the effort of translators and editors. The translation is smooth and professional. <<less
3 Likes · Like Permalink | Report

I read part of this (twice) a while ago but dropped it at c24 because I didn't like the group dynamics. Might give it another go once it's translated. All my notes on it say is
Spoiler

MC wakes up in a house in a zombie village and has to unite with five party members. I feel like I’ve read this before? MC is stuck with the same teammates. I don’t like it. I did read this before but I think I dropped because of the team situation. Stopped c24. Not liking the team dynamics; I prefer the stories where the team mostly changes in each copy instead of being stuck with a bunch of a-holes over and over again.

Hold or Fold: A World Where...