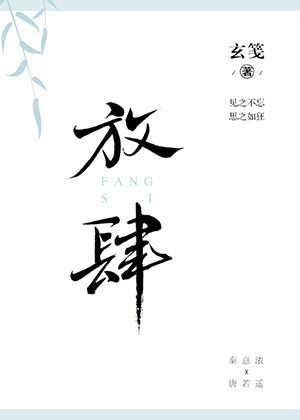 Tang Ruoyao, only 22 years old, has just received the award titled “Queen of Film.” What a bright future she must have! The next day, headline after headline named her the “Little Qin Yinong.” Tang Ruoyao’s fan were furious; Qin Yinong had developed a terrible reputation: she had a face that could only bring disaster. Whether women or men, it didn’t matter.. she had been to bed with most of the industry! She is not yet married yet she has a daughter, and her daughter is already a few years old! You shameless media, you insult our Tang Ruoyao with this comparison! Fans of Qin Yinong were also offended. Qin Yinong’s arms were heavy with both domestic and international awards. How could Tang Ruoyao compare with that?

A new reporter interviewed the two stars to ask their impression of each other. Qi Yinong smiled like a fox: “We’re not close.” Tang Ruoyao formulated her tone and said lightly, “Qin Yinong is a senior I respect highly, and I hope to have the opportunity to work together.”

Soon, the news broke out: Qin Yinong and Tang Ruoyao would co-star in a sapphic film. Nevermind their fans, even the general public was excited to see what would happen next. But who would have guessed that after filming ended, they hadn’t had any involvement with each other.

The two fanbases fought fiercely, their momentum the same as ever before. Of course, in any given kingdom there could only be one king.

Later, Qin Yinong took her daughter to the show, and the host asked: “I hear that you and Tang Ruoyao are at odds. Is this true?” Then a huge image had flashed onto the screen: it was Tang Ruoyao. Qin Yinong smiled slightly, just about to speak. In her arms, her daughter’s eyes lit up, and she pointed her arm at Tang Ruoyao’s likeness. Her voice was bright and clear, and she shouted happily, “Mommy!”

The host and the audience, “!!!!!!” The entertainment industry was quite astir…

One entry per line
Presumptuous
放肆【娱乐圈】

After Exchanging Shadows (1)
Clear and Muddy Loss of Love (1)
Female General And Eldest Princess (1)
For The Rest of Our Life (1)
I Want to be Alone, Beautifully (1)
I Woke up to Find I Have a Child (1)

These are recommendation lists which contains Fangsi. You should give them a visit if you're looking for similar novels to read. Alternatively, you can also create your own list.
More Lists >>>

YOOOOO, I'm really glad this was picked up! This novel was soo f*cking good, the drama, the romance, the everything was amazing. I have too many words to say about this, but there's a Lot in this novel and it's full of well-written drama and angst. It's really satisfying though, but if you're faint of heart, you're probably gonna not like this. The plot is basically sugar mommy x sugar baby turned into fated lovers set in the entertainment industry. A good chunk of the novel is focused on a movie... more>> being shot where both Tang Ruoyao and Qin Yinong are acting as the main protagonists. The movie is a same s*x love movie that is rare in the industry, and the plot and characters in the movie play an important role that almost mirrors what happens in real life. There's more stuff that happens after the movie is over, and their relationship continuously evolves as the story goes on. It's just a well-written romance. It's not a smooth or perfect or even nice romance, but it's definitely well-written and gripping to read. Relationships, real human relationships aren't perfect. They can be really messy, and this story fully exhibits that. It's one of the reasons why it's so good. It's messy in a good way, making you want to continue reading because you care about how the characters evolve and how their relationship with each other evolve. It turns from unrequited love to mutual pining to love that finally reaches each other. I really enjoyed the journey reading this, even when all I had access to was MTL, so it's gonna be even better now that it has an actual translation. I recommend this story to anyone who enjoys a story focused on romance that aren't afraid of angst and drama. <<less
20 Likes · Like Permalink | Report

YES! A mature and angsty relationship. No fluffy BS and schoolgirl crap. YES! The wait for translations will be torture but that is just like the nature of their relationship. I need MORE!
8 Likes · Like Permalink | Report

Oh damn., a proper translation finally, gosh IM So Happy!. I have only read these on jjwxc and relied on google translate, yet I am very confident to state that this is a very well written work and smthing that should not be overlooked if u love yuri. --the turning point of their relationship starts from when they made the movie together and all I can say is, Tang Ruoyao and Qin Yinong acting their character in the movie is just so BEAUTIFULL.
8 Likes · Like Permalink | Report
Leave a Review (Guidelines)
You must be logged in to rate and post a review. Register an account to get started.

Paths of the Chosen