Novel Updates
RegisterLogin
Theme
Search
Your changes has been saved.
Daily Life of a Wealthy Woof 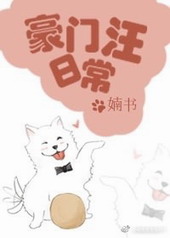 One entry per line
婻书

Status in Country of Origin. One entry per line
132 Chapters + 8 side stories [Completed]

High society CEO Big BOSS Lu expresses that he’s felt stifled recently. Ever since a woof style creature intruded upon his home, his life has become a complete mess. A slight conflict in opinion and his couch is hijacked, his desk seized, his lap forcefully occupied, even his bed was forcefully dominated!

The small Sammy, with his head resting upon his waste removal official’s thigh and four paws facing the sky exposing a soft little belly, with a face full of untainted purity and a pair of innocent eyes: “Woof~”

Big BOSS Lu lowers his head and makes eye contact for three seconds : “…. Give give give! Whatever you want, I will give it to you!”

One entry per line
豪门汪日常

These are recommendation lists which contains Daily Life of a Wealthy Woof. You should give them a visit if you're looking for similar novels to read. Alternatively, you can also create your own list.
More Lists >>>

This kind of reminds me of Reborn as a hamster for 233 days. The puppy is really intelligent since it's the MC in a puppy body. He even gets a tablet to watch tv shows. The ML is a rich dude. He has a cold personality and doesn't like loud things like dogs to disturb him. His mom threw her puppy at him for a month because she had stuff to do. He never really liked or interacted with any pets so raising this puppy was a first. In the beginning... more>> he was pretty hesitant and waited for the dog to act disobedient but unsurprisingly our MC was really well behaved. Slowly the MC inches into the ML's heart and thats the fluffy interaction you will be getting. The MC acts cute towards the ML as to not get abandoned. Even though he is now a dog, he didn't actually die in his previous life because when he woke up, he was already a dog. I'm guessing he will get his human body back in the future. Very interesting! 5 stars <<less
19 Likes · Like Permalink | Report

Although the novel is cute, I'm somewhat getting bored reading this. But the MC is very good at selling meng even though he is a dog now. Kinda wonder how he became a dog and if he is gonna turn back into a human.
9 Likes · Like Permalink | Report

Mediocre. From the title, I expected this to be like 80% slice of life and 20% BL. Instead, I got 80% BL and 20% slice of life. For some reason, author thinks thats its Interesting to have MC not interact with any character other than the ML... MC also doesnt really have personality. Author basically gave up writing an actual story with a plot in exchange for BL fluff. Thats usually not bad, except this is a novel about a dog... If I wanted to satisfy my beastiality fetishes, trust me I wouldn't... more>> be looking for a novel here. I started this expecting it to be like strange life of a cat where MC goes out and creates a bunch of trouble while making a bunch of new friends. A relaxing slice of life that makes you blush into your pillow every few chapters. Instead this is more like that hamster BL aka a novel where once you get over the novelty of the premise, its just boring filler till the end. <<less
4 Likes · Like Permalink | Report

I usually don't write reviews but this novel is too cute and enjoyable. I love it very much! The dog, Zuo Ning, is very cute and lovable and it's fun seeing how it tries to win over its owner, the big boss Lu. I recommend it to everyone who reads novels like Pet King or Strange life of a cat. Thank you, translator-san for translating this gem of a novel. Keep up the good work!! ;)
4 Likes · Like Permalink | Report

Yehey.. Finished reading thru papa Google translation. This is the story about a human transmigrated to dog and how he learned to adopt to his new life. I like the story since it tackles our MC daily dog life which is funny especially to his aloof, cold, black bellied but caring ML. I like how the story portrait the MC animal stardom but I WISH FOR MORE. Downfall, damn the ML is so wise and the secret of our MC is exposed in the way, I didn't expect I WISH... more>> IN MORE EXPLOSIVE WAY but anyway still in my acceptable level. Romance, aww how sweet it is. I like their interaction and I found it new that their kinky way is different to other non-humanoid Protagonist. How I WISH FOR MORE. But I confused in the ensing of the story because I dont know what happen to the villain of the story, why he was transmigrated and so on. Maybe I just didnt fully understand the MTL but anyway HOW I WISH for more. <<less
3 Likes · Like Permalink | Report

Nice story about a cute fat pup growing (the pup used to be a person...). The owner is sweet to the pup and their interactions are super cute to read about. Read it and love it! Thanks for translating this novel! 😊😊 Hope more human turn animal BL gets translated as well. It's my new fav novels to read.
2 Likes · Like Permalink | Report

It is a little repetitive, but it's still quite cute. It's a very non-dramatic, slice of life story. The dog never really goes on adventures or anything but the story shows its life and interactions with the people (and dogs) around him, particularly in the very powerful yet peaceful rich family he lives with. Also, there's really no bestiality. MC is heavily pampered and loved, but no interactions (so far at least) have been ambiguous. The dog is not even allowed to lick the ML (although sometimes he still does anyway),... more>> and head kisses have numbered two so far. MC does early on develop a "wow I love ML he makes my heart pound" thought, which I felt strange and made me worried, but fortunately I don't think he's actually developed feelings and he's also very realistic of his role in ML's life. I can definitely imagine this story getting monotonous after a while if there's no crazy developments, but I feel right now it's still fine. Also, the story does have mini arcs (eg. Found a dog abused, a vicious dog shelter, etc.), although they're pretty short and non-substantial. It's very similar to Reborn as a Hamster for 233 Days before the hamster turned human. However, compared to that story, this dog is significantly less ambitious and the story is not quite as funny or eventful. It does have some charm though. In that story, they also made an effort to wrap up the whole "becoming a dog then transitioning back to human" thing, but here they didn't even really explain what MC's life before being a dog was or how he "died" / became one. I wonder how this will try to wrap the whole thing up (hopefully less ridiculous than in that story, but Reborn had a lot of preemptive setup that this one doesn't have). <<less
0 Likes · Like Permalink | Report

Pressed wrong shame on me! I meant it to be 4 stars but then argh!! But going on, this is a kind of story full of sweetness from MC and ML interactions from ... more>>
Spoiler

Samoyed MC to Human MC. Yes!! MC will be able to transform at will on the later chapters, cause you see he can't on the earlier ones at least not at will. And ML!! He's so petting to our dear MC. There's also s*xy chapters just so you know. But!! Don't expect much, it isn't heavily described but you'll know when it happens.

[collapse]
Honestly, I didn't realize that I'm already on the last chapter till I clicked 'next page' and got returned to the home page. I would just love it to be longer!! But well 4 stars it is!! ⭐⭐⭐⭐ Give this novel a go and you'll surely love it just like I do. <<less
0 Likes · Like Permalink | Report
Leave a Review (Guidelines)
You must be logged in to rate and post a review. Register an account to get started.

Blind Desire: The Way It Should...

A Little Bunny Looking at the...
Advertisement