Novel Updates
RegisterLogin
Theme
Search
Your changes has been saved.
Advertisements
Cheat Magician Life That Started From Being Judged Useless 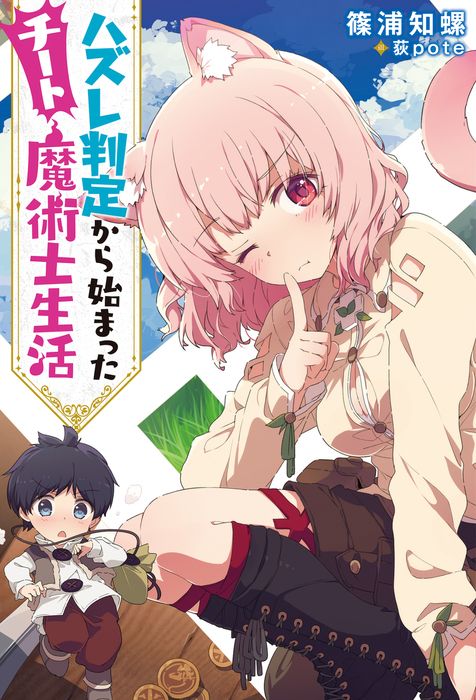 I am Kokubu Kento, an eighth grader. While I was sleeping in class, the whole grade was summoned to a different world. According to the princess who summoned us, we weren’t summoned as heroes. Instead, we were meant to be replacements for dead soldiers. As we were being checked for magic, I got a useless rating, and I was about to get exiled but was given a last chance… I have a bad feeling about it… I wonder if I can go back… a cheat that awakes in desperate situations? The evilest skeletons are my guard? I’m in a different country after leaving the forest? A life without cheats in the world where I was abandoned started. Dungeon? Still haven’t gotten permission. Today I will be working the whole day at the warehouse to carry sweet potatoes, getting 350 helt daily. The guild debt and the living money are… Well, I live in a restaurant so the food is delicious.

Arifureta Shokugyou de Sekai Saikyou (WN) (2)
Blessing from the Goddess and Transfer to Another World! ~No Thanks, I Don’t Need a Special Ability~ (2)
My Entire Class Has Been Reincarnated – I Became the Weakest Skeleton! (1)
Shinka no Mi (1)

These are recommendation lists which contains Cheat Magician Life That Started From Being Judged Useless. You should give them a visit if you're looking for similar novels to read. Alternatively, you can also create your own list.
N/A

This story would have been better as a R18. The author had the MC address true war crimes in a disturbingly childish way. It's like he started writing an bloody revenge story, but then remembered his target audience was middle schoolers. The gap between what's going on in the world and how the MC reacts to it is just strange. For instance, a women ordered her subordinate to torture a man who died after a week, so the MC uses his God like powers to make her think she wet the... more>> bed... If the story is for adults, that's fine. If the story is for kids, that's fine. But you need to pick one. <<less
1 Likes · Like Permalink | Report

4 stars for not having a very accentuated cliche and for having a relatively normal protagonist, no inventions, food or undeveloped talent, average teenager (with magic, op), naive at times, perverted at times (common male adolescent level) , not hetare, nothing of "I'm dumb and I do not realize that I like you even if you kiss me", the act of affection will be initiated by the male or female depending on the situation, regardless of whether there are other entities around and with possible repetitions (although still without going... more>> to snusnu, yet), a little workaholic, equally nothing of "adult" monologues trying to justify every action or childish attitudes, generally innocent/naive/responsible MC (without touching extremes). The general development and the world that arises, is relatively slow, each chapter add something to the plot or the interaction between characters and MC growth, does not feel repetitive or stagnant (that would depend on the author of the work, the translator or reader) . <<less
5 Likes · Like Permalink | Report

At first, I was curious wether this novel becomes dark or not. But then, the story becomes too absurd. The author persitent on making the MC becomes a very good japanese person. The MC was a meek person, never done any sport activities, not a smart one, normal face, in fact there's no good qualities at all. I like it when he tries to live as a beginner adventurer and listen to his undead knights. But then it become absurd too fast. The undead knights was giving him more than hundred... more>> years information. While the kingdoms hasn't developed means of long distance communications. The world still using messenger running by foot or horse. But the undead knights act as if they already knew many teritories. Ok, I can still forgive the undead knights as the author made them a very powerfull spy units and can move easily with shadow magic. There's so many flaw in this story. The MC's growth, his harem, how easily the two worlds is using the MC as an errand boy. This is not a story about a boy who become a demon king. This is just a story of an OP errand boy. Late chapters made me think that the boy forgot that he has to return his 200 friend. At first, I felt like this is just like a diary. Because the world building etc was too slow. But I guess the author manage to make me read this until chapter 250. I felt the story wont end in another 3-4 years... perhaps we wouldn't read this anymore. Read it if you like this slow pace, unfocussed story. Its not a tr*sh but not that good either... <<less
2 Likes · Like Permalink | Report

Good story. Main builds pretty well. And whoever said anything about main, the author later explained why main like this, try to read about the last minute (I find the explanation quite reasonable).
0 Likes · Like Permalink | Report

Like the description says, it's a typical isekai with OP MC, and sometimes he's also naive. MC is still junior high school student. If you can read the Japanese, the way MC talk is a bit childlike in my opinion.
The interaction side character with MC is also good. It has drama and hardships. Of course, it has harem too.
In this novel, the author is trying to do a realistic way what will happen in the isekai genre. Sometimes it has dark plot, but it happen only to side... more>> characters. The MC and his harem has a thick plot armor, but for the side character, sometimes it's messed up. At the recent chapter (c502), it still has not a clear goal what's trying to achieve or who's the main villain in the bigger picture. For me, the most interesting part of the novel is 1st arc about rescuing his classmates and the attack of horde monster. After the 1st arc, it's just about the consequences of isekai that is how to return to the original world. That's why it's also has reverse isekai. This is where the drama come from. The author is trying to illustrate the feelings and problems that come from side characters pov being isekai in a realistic manner and how the original world handles the isekai thing. The more story progress, it's become more hectic. It's isekai oriented but there's also a reverse isekai even though not that much. Problems keep appearing one after another because MC keep jumping from one place to others. Well mostly are solved by MC, but sometimes it left to side characters and it's people. There's more story about side character pov from c390 onwards. Don't read it if you want OP and omnipotent MC. Remember, the author is not writing a realistic MC, but it's trying to write a realistic situation, emotion, and problem in isekai genre. Thankfully, the author is posting the chapter often. In a year, he probably release more than 100 chapters. I'll read it again after it's completed. It's enjoyable read, not extremely good, but not that bad either. It's 4.4 points out of 5 From here on, I'm using spoiler as review.
Spoiler

Well the first 150 chapter is excellent. The pace is quite balance, not too fast nor too slow. It's about the rescue his classmate. It's also including the problem of harem. As of c502, MC has 4 wives officially and 1 to be wives soon.

The first three is quite fast to achieved. The fourth is taking a long time to time, not to mention the fifth. It's a bit of drama with the fifth.
After being rescued, the story is go downhill. I'm not saying it's bad. It's more like from excellent to good. Since it's more about how to return to original world, the consequences, and the psychology being isekai. It's become drama oriented. This is also the start where MC truly start exploring the isekai world.

This is where it becomes hectic, it's jumble the story. Problems keeps popping up one after the other, not just on MC but also on side characters too that choose to stay in the isekai world since they've been flashed out more in c400 onwards, especially Yagi, the glasses classmate. There's Meri (female character that's introduced around c420) that adores Honmiya (a girl classmate that choose to stay). There's indication of yuri. There's also a romantic interest of other side charater that died and reincarnated as a child. The more story progress, there's a lot of question that need to be answer. There's no clear main villain yet, there's also no god that fit in the story even though there's a church.

So I'll just wait until the novel is complete.

[collapse]
This is spoiler for his harem if you want to know, seriously, don't open it if you don't want to be spoiled:
Spoiler

Yuika (the Saint, class rep, Japanese person, also an insider for rescue operation, that's why she also has a lot of interactions with MC)

Manon (ordinary Volzard girl, has a lot interactions with MC after he's arrive in Volzard)

Beatrice (Volzard lord 2nd daughter, being saved from dying because a disease),

Serafima (princess of Balsahnia, peeping her while she's asleep, and according to tradition she needs to marry those who sees her sleeping figure. The guards is ridiculous strict though, but MC is OP, and Serafime is the brain in royalty.)

and the soon to be is Camilla (princess of Resenburg, the one who summon MC and his classmate, she's not exactly a villain at first, also she almost died 2 times and almost r*ped 1 times, basically she's a good person but her surrounding is just worst, that's why she's appeared villainy at first).

There's some girls that aim the MC, well actually there's a lot, but this is with highest possibility and interesting in my opinion:

Meisa (the daugther of his boarding house, she truly loves MC, but MC think of her like little sister, because she's just 10 years old and have 0 s*x appeal. Her dreams is to be MC bride.)

Watanuki (MC classmate, her past is dark, she's been r*ped by 3 knights for 2 months before finally being rescued, become desperate, hence she's become slutty after being rescued. She has relationship with few classmates and have s*x with them and become pregnant. She's been helped a lot by MC, financially, mentally, it's almost like a husband. MC is also willing to do anything for her, like hit the boy who abandoned her after he knows that she's pregnant, comforting her cry after being abandoned, doing cruel things to those 3 knights, even killing them, if Watanuki wants it, those 3 knights is beheaded though by Camilla knights, extort compensation from Resenburg for her, and so on. She actually want to be MC wives, but even if she's being chosen, she's believe it's not 100% love, but half of it is pity. She also decide that she's can't choose any other man than MC until she can be proud of herself)

With just three chapters it's hard to say if it's good or bad, but so far I like the premise. Would had read more if there had been more. Therefore I feel I should give it 5 stars, in hopes it gets picked up.
0 Likes · Like Permalink | Report
Leave a Review (Guidelines)
You must be logged in to rate and post a review. Register an account to get started.