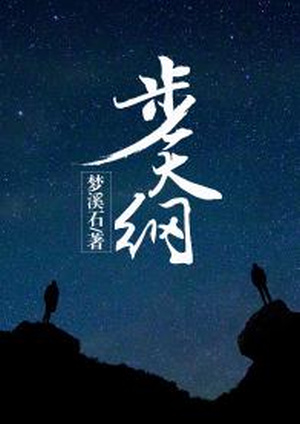 Status in Country of Origin. One entry per line
156 Chapters + 17 Extras

After finally being admitted to the Department of Exorcism, Dong Zhi’s dream was to grasp both work and love as he strives to pursue an icy male-god, igniting an intense love affair.

A train bound for spring was the beginning of everything. The mountains were solitary, blanketed with snow as smoke from gunpowder dissipated. In the brilliant morning rays, Dong Zhi’s gaze fell on Long Shen’s back. Countless of words he have for him, hidden deep within his eyes.

“To you, whom I love dearly with all my heart, my time in this life, I’ll offer them to you.”

These are recommendation lists which contains Bu Tian Gang. You should give them a visit if you're looking for similar novels to read. Alternatively, you can also create your own list.
More Lists >>>

Ngl I made my acc solely to write a review for this novel lol with the hint to not go into details to not spoil it....
... more>>
Spoiler

(First thank you the translator for picking up bu tiangang)

-I have read bu tiangang times ago the year it was published first I was tempted to read fantasy modern setting wrote by mengshixi and it wasn't disappointing "as the editor noted " this is not your ordinary urban fantasy novel." Bu Tiangang is a book that focus on both plot and character-driven where the relationship takes a while to develop, thrilling and real a (slow burn) and aslo slow paced about real character the main cp relationship development throughout the course of the plot that builds. what makes you love this book is MC (dongzhi) his perseverance his traits also his fears he's human his vividness so real mixes it up wanting something new, a different life than what his current status. this is meng shixi strong point she can write characters in such realistic way. Many side characters are euqally flashed out, humans with powers, demons, spirits good and evil, heroes from the past and present mixed up makes bu tiangang world unique and fascinating...

ooh! I never expected this one also getting translated. is it good? Very~ i can't say very much because it's quite linear, not much plot twists that I like (?), but the modern + supernatural theme is engaging. CP is quite clear and the dynamic is pretty standard imho. And never forget, Long Shen (gong) is very pure and straightforward BUT that's what makes him special. Dong Zhi is Dong Zhi, as usual from MXS, don't expect him to be vegetarian. ... more>>
Spoiler

Long Shen is not human, actually an ancient sword manifested into human, so that's why his behavior is kinda off. And surprisingly, there are few characters like him, originally inanimate objects and become human. I like the willow tree one btw, and the side CP (mirror-guqin) is very sad : ( (

[collapse]
side characters are wonderful too. But the villains are textbook-standard of evil, no need to sympathize them. final verdict? The taciturn person will be very dangerous when he teases. edit: oh yea, MXS's newest novel is linked with this one, basically in same universe. Just saying~ <<less
2 Likes · Like Permalink | Report

tried but did not continue when I hit the midway point because I was getting bored. the summary: the story opens with our main character Dong Zhi, on a train. because of a demon's trickery, he starts seeing very real hallucinations. he's rescued by the other lead, Long Shen, who immediately leaves a very strong impression as a very powerful and mysterious person. he quickly comes to realize there's a whole other world hidden from sight - a world of cultivation, demons, spirits etc. Long Shen and his team are part... more>> of a special government task force that deals only with the supernatural so that the ordinary people can live in peace. he makes friends with Long Shen's team (really loved He Nan and Kan Chaotian) and begins to work hard to pass entrance exams to enter the task force and work under Long Shen, whom he has developed hero worship and a huuuuge crush on. along the way, he begins to 'level up' - he learns cultivation and various other powers (summoning lightning, using talismans...) his personality strengths are shown to us. he is fast on his feet, earnest, clever and a very soft boy and he easily makes allies and impresses many people. it's constantly emphasized how impressive he is because of his background as an ordinary person with no previous aptitude in supernatural matters, which implies that it's his hardworking attitude and really clever thinking that gets him so far. in contrast to Dong Zhi, Long Shen is one of those cool, competent, powerful and taciturn type of personalities who secretly has deeper feelings than you'd expect. his goal has always been to enter the special task force and to become Long Shen's disciple. he achieves both and along the way has many adventures. I particularly liked the many relationships he has with his friends in the task force and the cases that he takes on and resolves by himself! it gets really good at around 40%. it was also quite interesting taking a look at contemporary work relationships in a work setting. i stopped at about 60% and they had just gotten together and they are still master/disciple. I stopped because the plot was getting really complicated and kind of ironically, I didn't enjoy the relationship interactions as much once they had gotten together. the bad guys are Japanese onmyoji (阴阳师). at around 60% where I stopped, they were chasing a lead to Myanmar to look for a black witch. I was a bit uncomfortable reading about the villainization of other races/cultures although most Chinese authors tend to assume Han Chinese are more superior. <<less
1 Likes · Like Permalink | Report

I like the theme supernatural and modern. The story so far is good, but somehow I can't seem to like the MC. I just find him to be weak, a bit dumb and boring. Maybe the author just write it that way cuz he is just a normal person, but I still can't like him and it makes me lost interest to continue reading more. Don't be discourage to read it though, cuz the story, mystery and the action is quite good, and maybe the MC is your liking.
1 Likes · Like Permalink | Report

Dropping at Chapter 67. A very plot-heavy story about an artist who gets burnt out on mobage work and quits his job, but gets dragged into various supernatural incidents. One of the ones who rescues him is the god-like gong and he decides to join the gong's supernatural government agency to get closer to him. The main character is very bland and golden retriever-like. He is friends with everybody, a bit emotional or impulsive, but always does the right thing, always works hard, gets good grades, is conveniently naturally talented... more>> etc etc. The gong is a cool stoic tough on the outside soft on the inside type with not a lot of outward personality. There is an age gap between the two (unknown how old the gong is) and it ends up somewhat of a boss/subordinate relationship. There is also a lot of anti-Japanese racism (they are the main villains) which can be off-putting. Overall the writing quality and the translation isn't bad, but the story isn't entertaining enough and the main character is annoying. <<less
0 Likes · Like Permalink | Report

The story is overall great, but the borderline racism leaves a bad taste in my mouth. The overall treatment of non-Chinese characters is honestly making 'subpar' an understatment. ... more>>
Spoiler

It's not extreme I guess, but the author consistently generalizes the foreigners by their nationality, casts all of the members of said nationality (that has appeared thus far) as unscrupulous villains, and often define them by their nationality rather than by their name (even when they have one). At this point it's just bad writing.

If said country has their own special task force for supernatural occurances (which would make sense in-universe considering the world building the author has done) and makes an appearance in some way, shape, or form to at least attempt to deal with their more malicious countrymen, then I'll recind my statement to the corresponding extent. But I'm this deep into the novel now and I haven't seen anything even hinting at it.

[collapse]
Edit: Alright at this point it's safe to say the author is pitting country against country. Fantastic. Dear prospective readers, proceed only if you have a strong stomach for nationalism. <<less
0 Likes · Like Permalink | Report
Leave a Review (Guidelines)
You must be logged in to rate and post a review. Register an account to get started.

Tales from the Reaper