Novel Updates
RegisterLogin
Theme
Search
Your changes has been saved.
A Nest of Snakes Inside an Old Tomb

Home >
Novel >
A Nest of Snakes Inside an Old Tomb 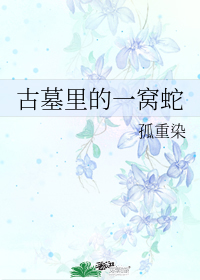 One entry per line
孤重染

Status in Country of Origin. One entry per line
115 Chapters + 3 Extras ( Completed )

As a human reborn as a viper, all aspects of Yin Xiaoxiao’s life were beautiful except for when it came to food.

As a silver snake meeting an ink snake, Yin Xiaoxiao could accept whatever his husband’s clan was.

As a viper with no inherited memories, Yin Xiaoxiao found that the ancient tomb and all the different snake clans could really stress a snake out.

In summary, Yin Xiaoxiao’s life is nothing but this: Different viper clans marry. The old tomb is ruled by his next-door neighbor’s clan. My spouse, Heitan, this naughty precious snake, worries me.

Actually, this is the story of an evil little black snake doting on a confused foolish little silver snake.

Yin Xiaoxiao: It was definitely your sons who ate it!

One entry per line
古墓里的一窝蛇

A Guide to Raising Your Natural Enemy (1)
Rebirth to Become the President’s Omega Wife (1)
Madame General, Don’t Aggravate Me! (1)
Marrying the Big Shot (1)
My Family’s Omega Has Just Grown Up (1)
My Husband is Suffering from a Terminal Illness (1)

These are recommendation lists which contains A Nest of Snakes Inside an Old Tomb. You should give them a visit if you're looking for similar novels to read. Alternatively, you can also create your own list.
More Lists >>>

Write a Review
14 Reviews sorted by

Yes the story is cute and ML very pampering although at first he was tsundere. It's mostly a slice of life and have a little drama. If you love fluff and doesn't want a drama, this novel good for you I love the ML, but I'm still doesn't like the MC, for me yes he was cute, loyal, and cheerfull, but I don't like his selfish (altough he will admit he was selfish), naive, childish, and his laziness. Sometimes I'm confused with his temper, it's so bad. Sometimes he got angry with childish reasons or without reason got angry, make ML confused.
Spoiler

he doesn't want hunting for food, and incubate eggs, doesn't have a responbility. Hunting and incubate the child become ML job. Even the MC ask his children to catch their own food, YOU ARE A ADULT AND YOUR CHILDREN STILL A CHILD, it's like a father told their underage child to get a job

[collapse]
Sorry my rant, the one I like the most is the ML, the ML make me still try reading till the end. Altough the MC has a good things too
Spoiler

like when there a human invasion, I thought he will protect the human because he was former human, Fortunetly his mind is more to snake side and think if he help human, it will become the snake side got injured.

[collapse]
But still the MC is not my cup of tea. Sorry for bad grammar and my rant.
9 Likes · Like Permalink | Report

Hmm.... story wise it should be good if MC is not such a pain in the ass character. I found him ungrateful and selfish most of the time. It was cute in the beginning but the more I read it the more I find him unbearable. Anyway, it's easy to MTL
7 Likes · Like Permalink | Report

its just like when a person has caring family but takes it for granted o..o but other side characters are cute and ML too >~< ... more>>
Spoiler

•i felt sad for lan yiyi he should have atleast told him, instwad od running away poor guy

•xia wu should be given more love

• based on these two I think snakes soul should be stronger than our MC human soul (not mentioned anything about why MC reincarnated here) so when MC ate the soul snake soul (overeating souls might cause personality defects as both sould need time to merge ?like MC isnt a soul eater so some traits might be retained) character were engraved within him ?

•human selfishness + snakes selfishness = > selfishness jk like his human nature is lost cause of soul eating and became more apathic?

ik its s*upid analysis just wanted to tell my thoughts >~< thankx for reading !!

I feel that the MC isn't that bad. He does care for his new snake family and he did use to be human in the past so of course he will think differently. Also, I think he is more lonely and frustrated at having no human to talk to on the same level about things at times. His personality serves as a nice contrast to the ML, so they complement each other well. It's a cute slice of life story with a main mystery about the tomb. The snakes are all... more>> very adorable and having the story premise be about the life of snakes is pretty unique in itself. I'm curious about the ending though...I wonder if MC will reincarnate into a human again or if it turns out that the snake clans first used to be people... Also, I haven't reached any smutty parts (can't believe someone wrote a yaoi about snakes lol) but snakes have two dicks so... cough cough... will the author know this? <<less
2 Likes · Like Permalink | Report

What else can I say? Beside I like it the most. 🥰 Well for me the story is quite unique. This belongs to my favorite now. Finished reading. 04-17-21 No, spoiler provided but it good really. 😘
2 Likes · Like Permalink | Report

just because I don't like it doesn't mean you won't like it. I did MTL, but from what I saw the translation is nice! if I were to describe this story in one word it would be: boring. look, I like easy readings and this definitely is, but it is not sweet at all! the beginning caught me only because of the interactions between MC and his brothers, and also because of my expectations in ML. then, he appears and... well... MC is 100% tsundere so ML's dominating attitude is very favorable... more>> here, in general they get along well. later, there is the back story about the tomb (which is in the title of the novel, but as it was only mentioned later I had already forgotten), but it didn't interest me at all, I just went through all these chapters. anyway, it's so boring that I can't even make it to the end. I still read a few more chapters by MC and ML, but honestly neither captivated me, just dropping that repeating: I didn't like it, but maybe you like <<less
2 Likes · Like Permalink | Report

This is a cute story. The MC is annoying at parts but I like the side characters so much that I can look past it. There's not much of a plot, just a slice of life, but I really recommend it
1 Likes · Like Permalink | Report

Super cute story. The MC is really confusing, he's supposed to be a human reincarnated into a snake, but he seemed to forget immediately all his wisdom as human. Like, he's super childish and kinda annoying at times but I guess ML matched him well. ML is such a nice snake husband. MC's snake family is also a cute and warm family. It's overall a fluffy story. Anyway no need to think hard reading this novel. Lol.
1 Likes · Like Permalink | Report

I have finished reading this and I have a lot of good things to say about this story. I MLT this and it's just a sweet story, were the MC died and becomes a snake. We see him grow up with his family and later on meet the ML who is a black, noble snake. ... more>>
Spoiler
[collapse]
All I can say is that the author made me enjoy reading how the MC and ML grew up and got married. There is a lot of funny seens fine the MC does not have the memory that snakes are born with, and you will also like it as well. I recomend this story if you want to read about two snakes fall in love, protect there home from humans, and raise their own babies. <<less
1 Likes · Like Permalink | Report

So far so good. (≧∇≦) / Even though the MC is an animal, he is still soooo cute. And ML is a tsundere. (★^O^★) I love their journey and thankful to be part of it. I also love the kawaii little snakes. O (〃＾▽＾〃) o
1 Likes · Like Permalink | Report

Tbh I really don't like MC ego... Especially his selfish personality. Welp, it's not that bad to be selfish but it can't be too much... Even taking advantage of ur love one. When u know they love u and doing as u plz without considering another feeling. In this novel, it talks about animals point of view. It's simple and straightforward but... It also Intelligent creatures that are cable of thinking and learning. So u consider that it is another intelligence race. So what I want to say they can... more>> be call the primitive ppl that is why I feel bad when I see what MC doing. And on the emotional part in my view it more like ML have unrequited love on MC, more than mutual love. That too selfies, he only how to take but not to give back. If he is the snake since birth it ok cuz it might be cuz of their nature but he not and he still regardsing himself and demand for human advantage. So he should understand the concept of giving and taking. So I give up after 100 chapters. I couldn't go on even tho only a few chapters away from the end. He too selfies for his own satisfied making things hard and trouble for everyone who loves him. This MC really give me bad taste in my mouth. Gove it 3 stars for the hardworking ML and his cute families. <<less
0 Likes · Like Permalink | Report

This story is sweet and I would consider it a light read. There is not a lot of drama and the conflicts are solved within 2-3 chapters. The MC is pampered, spoiled and cute, so he does not do much, if you want a story with the MC having revenge or trying to make the world better. I love the family aspect of it. The MC hatch out of an egg and have 5 brothers with him as the youngest, and two loving parents. In his previous life he was an... more>> orphan so the family made him happy. The male lead is the standard-take on all the responsibilities and pamper his wife type. There is a backstory with why the snakes guard the tomb which is sad and touching. Overall the story is a good read with fluff. <<less
0 Likes · Like Permalink | Report

the MC super duper lazy snake, while the ML pamper him very much it's slice of life, how the MC and ML meet, fall in love, and have
Spoiler

in the end, it doesn't say how MC soul come there, or anything about his previous human body
and MC never tell ML that he have human soul until the end