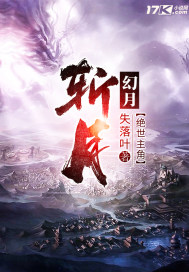 On the opening day of Illusionary Moon, I realised that I had many more items in my inventory as compared to other players. One Shura Secret Codex, an Achievement Manual and also a really mysterious bracelet.

I didn’t know who gave me all these, I also didn’t know what triggered the system bug. The only thing I knew was that this was the beginning!

The world will tremble because of me, the mountains and rivers will awaken for me. 700 million girls will be attracted to me, because I might really be the strongest character in this world!

One entry per line
斩月

These are recommendation lists which contains Zhan Yue. You should give them a visit if you're looking for similar novels to read. Alternatively, you can also create your own list.
N/A

Don't be fooled by the high rating. The only reason this book has a high rating is because the translator releases more chapters depending on the ranking. The actual book is filled with cliches. The MC has a thick layer of plot armour, the enemies are 2-Dimensional (they either worship him, hate his guts, or are of the "jade beauty" archetype), and he hides his background for no particular reason. ... more>>
Spoiler

A lot of things are confusing and not fully explained by the author. I understand that some things should be left for later, but the author sometimes throws in random words like "cultivating in real life, " or "transmigration" for no reason and doesn't explain them. The MC is also very simple minded; the only reason he is successful in the game is because he obtained a hidden character that gets a massive boost and he uses that to slaughter his enemies. There's pretty much zero chance he will ever fail in any endeavour so there's no thrill in reading the battle scenes.

He's also selectively s*upid. A few chapters in, we find out that he can somehow use the cultivation from the game in real life. If any normal person realized this, they would be over the moon because they obtained this opportunity. However, this MC doesn't even care. He just goes on with his day not giving a f*ck.

Zhan long was the best vrmmo WN for me, and because of that, I'll give this WN created by the same author a chance to prove itself.
4 Likes · Like Permalink | Report

Don't let the naysayers & haters fool you, this is an amazing read! It brings me back to the days that got me interested in webnovels, reading Zhan Long on gravitytales before either got famous. Unlike many other stories where the author just writes without a long term plan, this one has clear elements of a writing technique called foreshadowing. Many people criticize it as introducing concepts and ideas and plot elements without a full explanation of them.... without realizing that's the definition of foreshadowing. It's used in real books,... more>> with beginnings, middles, and ends, just like describing the setting and having lore-centric chapters isn't "filler" it's laying the groundwork for a fully realized world. <<less
3 Likes · Like Permalink | Report

Was a big fan of Zhan Long, so with the same world, just different game and people, im interested what way it will go. Several characters from ZL have been mentioned, but will any of them appear? And what outside game story will develop? Reading while looking forward to it!
3 Likes · Like Permalink | Report

Story's great. If you liked Zhan Long you will like this one. Does it have cliches? Yes. All webnovels do. Knowing that it comes from the same world as Zhan Long and then complaining that some things are not explained is a bit silly. It's clearly a sequel. That said, Zhan Long was a guilty pleasure for me and I loved that. So if you didn't like Zhan Long, this might not be for you.
2 Likes · Like Permalink | Report

As expected from Shi Luo Ye, another great gaming novel. I completely disagree with those people that say this novel only got it's current rating because the translator asked for them. This author along with mars gravity are my favoriete chinese author. The novel gets better as it continues. If you liked zhan long, you will like this one as well most likely. If I give it an objective rating based on story quality, it is probably 3, 5. But if it is in terms of my personal enjoyment, it... more>> is 5 stars. So I gave it a 4 :) <<less
2 Likes · Like Permalink | Report

Highly recommend it, the Translator translate is so well and the editing is soo good. The story is intriguing with a bit of mysterious past for the MC, and will be shown little by little as the story goes on. I really like the comedy on this and the MC not being a horny-ass MC and show confidence. I highly recommend this for people to read this if you're into OP MC (kind of), gaming settings and a cool MC. I also kinda remember this translator from a long time (don't quote me... more>> on this), but he shows dedication on translating a series to be finished. As seen with his previous word, Zhan Long. It is almost finished. And the translator releases very quickly and if needed be, he has some stocks. He also has a patreon for financially able person to read ahead like 50+ chapter. If you are able to, kindly support the translator as I trust him professionally <<less
1 Likes · Like Permalink | Report

OP VRMMORPG Assassin MC done well. There are actual challenges, the gear feels rewarding, and the MC has actually died twice so far. Probably a harem, but the girls are being fleshed out rn, so who knows. Finally, the author has put a lot of good foreshadow elements, so the book has a lot of room to grow. 4.8/5 for me.
1 Likes · Like Permalink | Report

A lot of inconsistencies. For one, in an earlier chapter he couldn't learn skills in his human form without not being able to use it in his other form but in chapter 53, they break the rules where he can while he's in the city because he can't turn into the other form in the city to learn it yet he still did. You don't even find out the bloody time conversion until ch134 ... more>>
Spoiler

it's 4:1 btw and makes a lot of things in previous chapters weird and not as explainable because time should be passing faster in game than irl but there's a lot of irl segments

[collapse]
Also somehow the main character is revealed to be a super hacker when he was a data analyst at the beginning. There's just too much coincidences and suspension of disbelief. Really dumb novel where there are too many coincidences and not enough world building. The helmets aren't even explained in how they work or how they can talk in game vs outside world. Complains about no equipment one chapter and gets them through a job in the next few chapters. Usual evil characters working together and then getting face slapped <<less
0 Likes · Like Permalink | Report
Advertisements
Leave a Review (Guidelines)
You must be logged in to rate and post a review. Register an account to get started.