Novel Updates
RegisterLogin
Theme
Search
Your changes has been saved.
Villain Seized the Assassin Heroine at the Start!

Home >
Novel >
Villain Seized the Assassin Heroine at the Start! 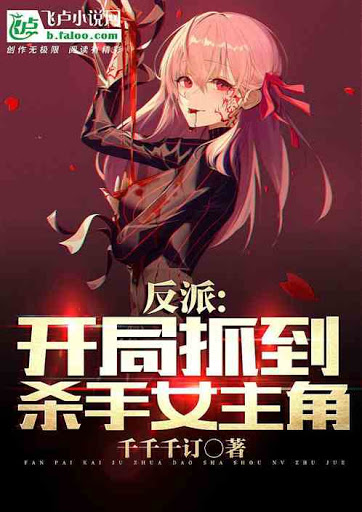 One entry per line
Sister Doll

Status in Country of Origin. One entry per line
321 (Ongoing)

Waking up at the start, Li Mubai found himself transmigrated into a superbly rich, handsome person who inherited a worth over trillion dollars from his family.

He had family backing and was handsome.

He could spend any amount of money.

If one encountered such a situation, they would even wake up laughing from their dreams.

But what sucked was that he just transmigrated over and would immediately end up getting assassinated?

The one who wanted to assassinate him was an assassin heroine in the book!

How could he stand this!

The opening draws were the Combat prowess of the Master-Level, Villain Halo, loyalty potion…

Li Mubai smiled slightly. For the upcoming assassination attempt, he began to feel a sense of anticipation.

One entry per line
反派：开局抓到杀手女主角！

These are recommendation lists which contains Villain Seized the Assassin Heroine at the Start!. You should give them a visit if you're looking for similar novels to read. Alternatively, you can also create your own list.
N/A

Are you tired of villain systems with a bottom-line? Whilst they're called villain systems it's more akin to 'seducing the stereotypical protagonist's heroine (s) system.' This... this is different. In this novel the protagonist is not only a true follower of Unorthodox Dao, but he has a system with absolutely no bottom line. He could go as far as he likes. In the first few chapters alone the MC 'plays' with a captured heroine without a shame, and then uses her to blackmail another heroine. If dark - borderline evil... more>> - is your cup of tea, you've found the right novel. <<less
9 Likes · Like Permalink | Report

So... Though it's told from the perspective of villain it's honestly not much different from your typical CN urban novel. Like the face-slapping, bs powers, and misogyny are all here, the tone is just slightly rougher. EDIT: In case you get this far, by chapter 35 this is pure urban harem, the "story" has been "completed"
2 Likes · Like Permalink | Report
Leave a Review (Guidelines)
You must be logged in to rate and post a review. Register an account to get started.