Novel Updates
RegisterLogin
Theme
Search
Your changes has been saved.
There Are Always Lovers Killing Each Other For Me

Home >
Novel >
There Are Always Lovers Killing Each Other For Me 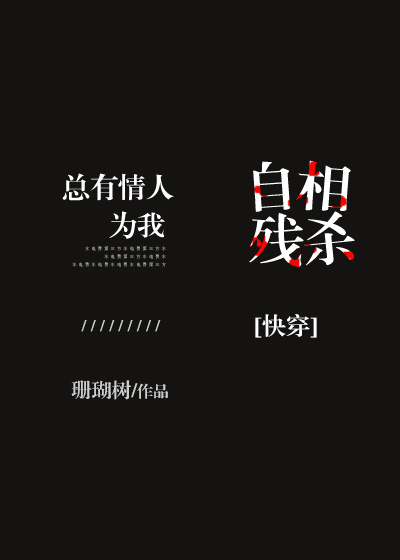 Status in Country of Origin. One entry per line
159 Chapters (Completed)

As a qualified scourge, Chen Yao Yao is assigned two targets by the system.

Her one and ultimate goal is to arouse the targets’ desire to kill each other.

Once a loving father and son, now all eyes are on her.

Brothers will whole-heartedly fight to death for her affections.

A loyal pair of best friends are now just scapegoats wrapped around her finger.

Even igniting the wrath of the Emperor for a beauty is inevitable.

Soon, the whole world will be wearing her surname.

Chen Yao Yao said: This is not my thing.

But… things seem a bit wrong.

Isn’t that a good game?

One entry per line
总有情人为我自相残杀

Seeking Good Temptation (2)
Quick Transmigration: Report to the Host, You Have Been Attacked! (1)

These are recommendation lists which contains There Are Always Lovers Killing Each Other For Me. You should give them a visit if you're looking for similar novels to read. Alternatively, you can also create your own list.
More Lists >>>

A lot of revelations came after the first arc. I was really sad that one of the targets was really killed, but at least the reason as to why they have to do this redeems the situation a bit: ... more>>
Spoiler

Both father and son falls for her. Yes, the father threatened her to sleep with him and r*pes her multiple times. But ultimately, he fails in love with her and treats her really well. He also wants to marry her and have children with her.

The son only gets to watch her from afar and shares a kiss with her at the end before the father barges in. He kills his father both because he stole his girlfriend and because he thinks he killed his mother by filling for divorce. Which seems to be a misunderstanding, but we don't find out the truth.

Anyway, after those 7 months in the game world, she spent only 7 days in the real world and this was apparently a job she can't really quit. she's a bit depressed about the father and we find out from this other guy who appeared briefly in the game, that all the targets are modeled after him.

Basically, he had multiple personalities. And his personalities are teaming up to kill the master/main personality. So they picked related personalities and plan to have them kill one another through this game world. Then MC asks why does he think she can do it. And he replies: "Because they are all me, and I... love you." Which was out of the blue and not sure how he knows her or if they know each other.

Don't think I'm gonna finish the novel, cause it's obviously a bit sadistic, as I should've already incurred from the title. Anyway, I thought I could at least read for the steamy bits but...

[collapse]
The novel doesn't have any explicit smut, there are non descriptive r*pe scenes though. <<less
5 Likes · Like Permalink | Report

The MC's main mission is to destroy two most familiar or trustworthy relationships like father and son, best friends, brothers, scientist and his robot. She mainly works for a company and do this and the company is the ML's. ML suffers from multiple character disorder and MC helps to destroy this character by doing mission. This novel's every arc is different and good. It shows great psychology effects and indirect seduction🙂 But ending is a little hazy as at last there were two people- ML and one character and MC obviously chose... more>> the ML. But it's a little abrupt because MC didn't know the ML too well. She was just moved by his great unconditional love for her. <<less
1 Likes · Like Permalink | Report
Leave a Review (Guidelines)
You must be logged in to rate and post a review. Register an account to get started.