Novel Updates
RegisterLogin
Theme
Search
Your changes has been saved.
The Villain Will Become Stupid If He Doesn’t Pamper Me 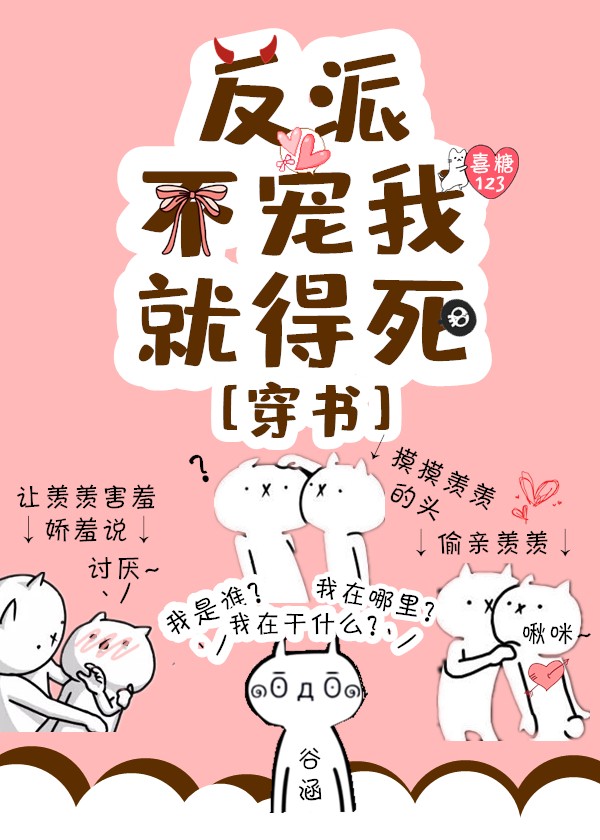 Status in Country of Origin. One entry per line
90 Chapters

Pei Xian, who looks like the green tea and white moonlight of the Big Boss in a book, was forced by Zhou the First Gongzi to kill his child and sent to the villain Big Boss as a substitute lover. Pei Xian, who would rather die than submit jumped from the building to his death.

When Shanghai’s “Great White Shark” Si Yang was only 28 years old, he died of an illness. Now transmigrated as the cowardly and timid cannon fodder Pei Xian, he was currently airborne in confusion at the scene of where he jumped off.

Big Boss Gu Han: Come down, I want you and your baby.

Gu Han, the villain Big Boss was beaten by the male protagonist’s “IQ reduction aura.” Eventually the Big Boss’s company went bankrupt and he became depressed. Now he is reborn with a system called “concern and care for the villain’s IQ,” and Pei Xian is the system’s battery. Gu Han needs him to be around all the time to charge before using the system.

Green tea/white moonlight comes to the door: scram off substitute, this Immortal man has thought through to come back!

Pei Xian takes out a calculator ▼_▼: Hello, please wait a moment. There are nine super cars, two listed companies and three mansions worth million all of which have been transferred to my name. Only the bankrupt goods belongs to you.

Gu Han picks up the scheming boy, turns around mercilessly and went upstairs….

The sound of the bed collapsing came from upstairs.

One entry per line
反派不宠我就得傻[穿书]

These are recommendation lists which contains The Villain Will Become Stupid If He Doesn’t Pamper Me. You should give them a visit if you're looking for similar novels to read. Alternatively, you can also create your own list.
More Lists >>>

Okay, first I thought the story is stupid but then I read it and found out it's actually good. The story is about a reborn ML with a system that requires him to pamper MC (he's transmigrated). It's all cute and stuff especially ML is not your typical cold personality but more like childish in some instance. I like their interactions - MC looks cold in the surface (he has poker face) and may seem naive at first but he's not, before transmigrating he was a successful businessman so you... more>> know he's smart. He just acts that way because he wants to experience everything he hasn't tried to do because of his strict grandfather and people's expectation of him. Anyway, people says it's confusing to read but it's really not. As you read on, the story will be clear. Also, there should be an Mpreg tag on this because it's a thing in the story (even if our ML and MC wouldn't have a child, apparently the translators gleamed that men can have children in this) Edit: I'm on chapter 25, the end of free chapters, there's still no signs of Mpreg (the readers are waiting for that actually) but still, I'm staying. This story is so good!! The ML is so sweet and silly, I love their interactions and how he gets jealous. Also the MC is such a sassy queen, the green tea bit*h has nothing on the beloved MC. <<less
0 Likes · Like Permalink | Report

ML is the only sane person here. It started out good then the storyline became a mess. No matter how I want to keep liking this I just cannot. I keep hoping for a normal day for them just for once but it never happen. Some scenarios arent even funny, it just feels so forced. The ML is a cannon fodder in the story who got rebirth and got a system where in he has to complete task about the MC so that he can prolong his life. The MC is a... more>> f*ck up mess that was sane in the first part and then became a air headed brainless character as the story progress. He doesnt have any common sense whatsoever. The stuff that the system makes the ML do is f*cking embarrassing and so freaking confusing. I thought this story has a good storyline since it looks cyte in the descriptions. Thr alpaca baby was cute in the beginning but it became CRINGY as time passes. The side characters taht you thought would be the sane one turns out to have brainholes too. I'm sorry for the translator, it hasnt been translated whole, yet we have reviews like this. Maybe you just have this kind of taste but as a avid fan of bl without bias genre and subgenre this one really makes me disappointed. <<less
5 Likes · Like Permalink | Report

This whole story is... confusing. The summary itself is confusing and impossible to understand. The only reason I started reading is because it's slash. I highly recommend someone with knowledge of the story edit that summary or add a small explanation at the end of the official summary, but as it is, it's not understandable. As for the story itself, it's even more confusing. The MC is transmigrated into a normal, modern-day universe (meaning it's not xianxia or ABO or apocalypse, etc) which he read as a piece of fiction. And yet, apparently... more>> we learn that the guy he is transmigrated into was a character who pretended to be pregnant to force his boyfriend to stay with him?? This isn't ABO, so male pregnancy shouldn't be a thing. So... it doesn't make any sense? But the narrative tells us that the story the MC has been transmigrated into was really trash, so maybe the whole 'but males can't get pregnant, so no one would believe that lie anyway' thing was just one of many plot holes in a bad story? And also, it's really funny because at one point the bodyguards of the ML arrive with the ML, and they are described as 'black bodyguards'. So I'm thinking, huh, there aren't that many black people in China, and among those black people there would be a limited supply of bodyguards. Would there even be enough black bodyguards living in China near the ML to hire? Or maybe he got them from abroad? Is there a reason they're all black? It was also a surprise as Chinese webnovels usually only have Chinese characters, and very few people from other countries or races. Or maybe the author or translator meant 'black-clad bodyguards'? To get back to the first chapter, a lot of it was very confusing. So many things were introduced at once that I was forgetting who was who and couldn't retain every snippet of information. At one point I was thinking, 'huh, so the MC has a system? Wait, no, that's not the MC's name. What was the MC's name again?' and I realized the ML is the one who has a system, not the MC. Probably the novel the MC transmigrated into was a transmigration novel with a system? Or the ML is another transmigrator who entered the novel at the same time as the MC? A lot of my confusion is, in my opinion, more the author's fault than the translator, since it seems to be an issue with the way the story is narrated and how stuff is introduced. I think what would help is if the summary on novelupdates was a bit more clear and understandable, so new readers can start reading this story with enough of an understanding of the premise that they won't be as lost as I was. The story seems promising so far, but the sheer confusion I was feeling means that it's not a five-star for me yet. I might change my rating as more chapters are posted, though. <<less
3 Likes · Like Permalink | Report
Leave a Review (Guidelines)
You must be logged in to rate and post a review. Register an account to get started.

Takumi: Ordinary Life Of A Setsu...

The Raptor of Life