Novel Updates
RegisterLogin
Theme
Search
Your changes has been saved.
Advertisements
The Reason I Have To Be A Villain

Home >
Novel >
The Reason I Have To Be A Villain 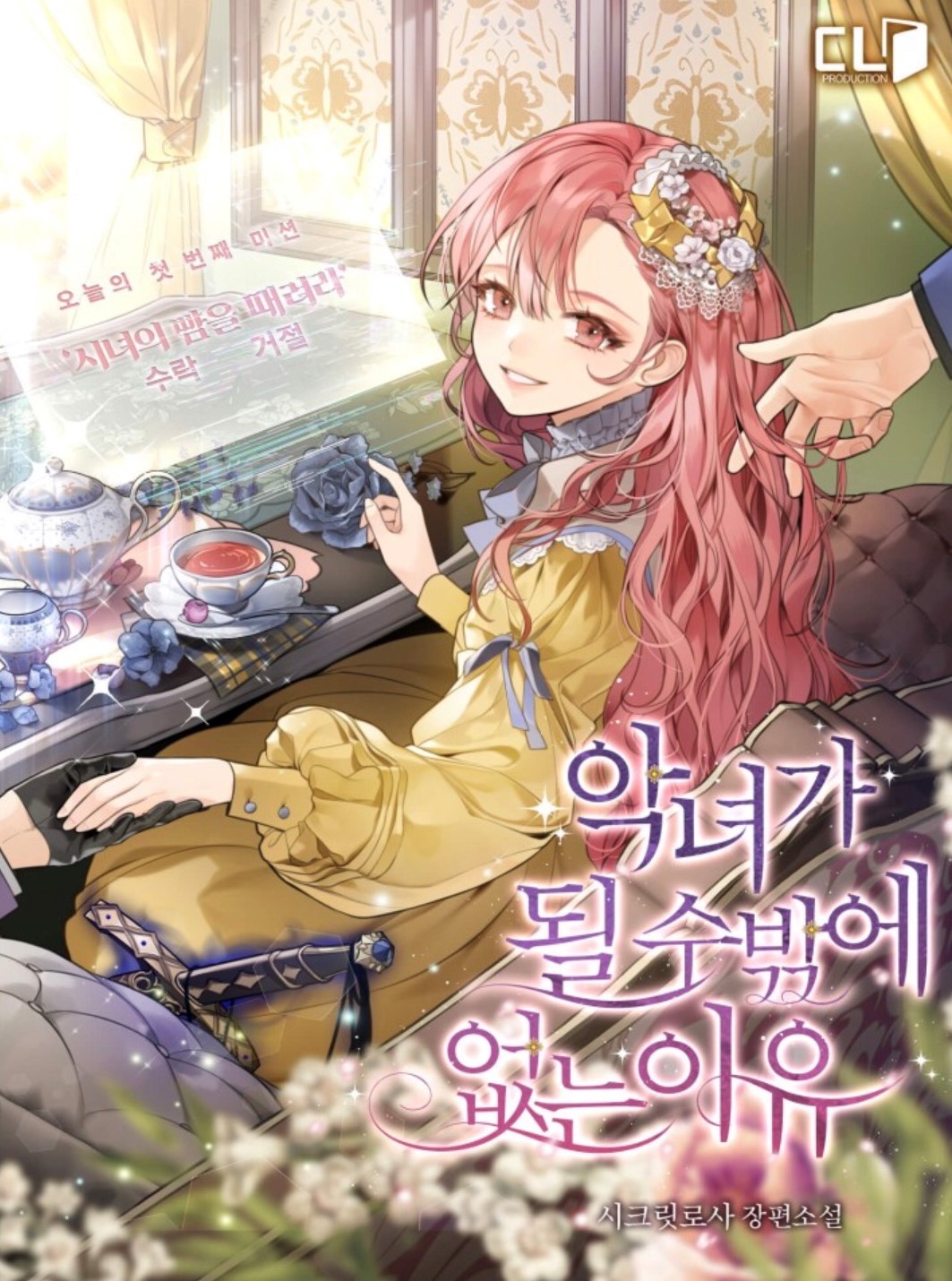 I had possessed a villainess.

That villainess was called the great madwoman of the Kingdom of Maconia, but I cheered because Rene Blair, the evil woman, had a lot of money!

Although she was a character who died in the beginning of the novel, I thought I shouldn’t do anything bad.

I’m going to be nice to everyone from now on. Or live without being involved with the original characters.

So I tried to do well.

[Today’s mission: slap the waitress on the cheek] Until the crazy translucent mission window popped up.

Either way, I’m a maid from my own mouth.

I raised my palm, muttered as if I had it memorized, and then I hit my cheek.

These are recommendation lists which contains The Reason I Have To Be A Villain. You should give them a visit if you're looking for similar novels to read. Alternatively, you can also create your own list.
More Lists >>>

It's the first time I write a review because I'm too lazy to make any but please someone, any translation team, please pick this project. I'm freaking curious with what happen next, I'm even try to find the spoiler on the spoiler page but seems like no one read this series. If I'm being honest it may be not the most interesting book that I've read but it's strangely make you won't stop clicked the next page. Once again I beg anyone please translate this series 🙏
0 Likes · Like Permalink | Report

Its fine. Story was very mildly frustrating. While things happened the MC actions smd thoughts felt stuffy. Not sure how to describe it just that the MC's thoughts snd actions never felt very well thought out by the author. Action scenes were padded with words but not clear. Not bad but authors writing style just makes me frustrated.
0 Likes · Like Permalink | Report

The pace and characters seem a bit dull at the start. I couldn't see where the story was going but it had a good plot setting so I kept reading. You just have to read on when the novel is teetering between boring and "creating background", elsewise you'd never know because many novels are hidden gems with slow starts. But dang, yall, chapter 14 had me so happily shook, I laughed evilly. Author, you created such an attractive scenario that it's hard to wait for the updates. Ah, for you, who is... more>> looking at reviews on this novel... it's an interesting "possessed the villainess" take. I have seen very few versions that guide the MC to complete vicious daily tasks with an illness punishment. If you are curious and want more "possessed the villainess" novels then definitely give it a try until ch 14. For those of you looking for a deep villainess fantasy story... nope, turn back, this is not the novel you are looking for. This is what you call scraping the top and just playing with cool settings. Author wanted to join the villainess craze and created something unique. I read on because I am currently having fun reading these shallow novels with unique settings. The created novel world is in good condition and the villainess's settings are unique, exactly all I need. In fact, ch 14 showed that the Author still has tricks to reveal hahahaa <<less
8 Likes · Like Permalink | Report

I really like the pace of this novel! It's not too fast nor slow and it gives off similar vibes to other game reincarnation novels. The main difference it has from the rest is that there are actually plot twists that the author put that made my jaw drop since ... more>>
Spoiler

One of them was that other characters actually also have the pink translucent mission the MC lmfao even I did not see that coming!

[collapse]
If you like to read novels just for the unique plot and the crazy antics the MC will do then I recommend this one. It doesn't have a serious story vibe about villainess monarchy plots you see on most reincarnation/transmigration novels but I assure you you might like it if you're into surprising plot twists and other character revelations. <<less
6 Likes · Like Permalink | Report

idk how to start but BUT THIS IS INTERESTING omg like I didn't expect the twist! I unexpectedly can't predict what will happen next unlike other rofan novels where you can easily know what will happen in the later chapters. Seriously, I just clicked this one, searching for something unique because I was so bored reading the same plot over and over again after reading tons and really I'm soooo glad that I found this gem. I'm eagerly waiting for the next chapters. As much as I want to tl it... more>> on my own and go ahead like what I did to other knovels that caught my attention, I unfortunately couldn't access the raws : ( <<less
4 Likes · Like Permalink | Report
Advertisements
Leave a Review (Guidelines)
You must be logged in to rate and post a review. Register an account to get started.

The Useless Prince is a Villain

Acceptance of the Self
Advertisements