Novel Updates
RegisterLogin
Theme
Search
Your changes has been saved.
Advertisements
How To Survive As a Villain on the Verge of Death 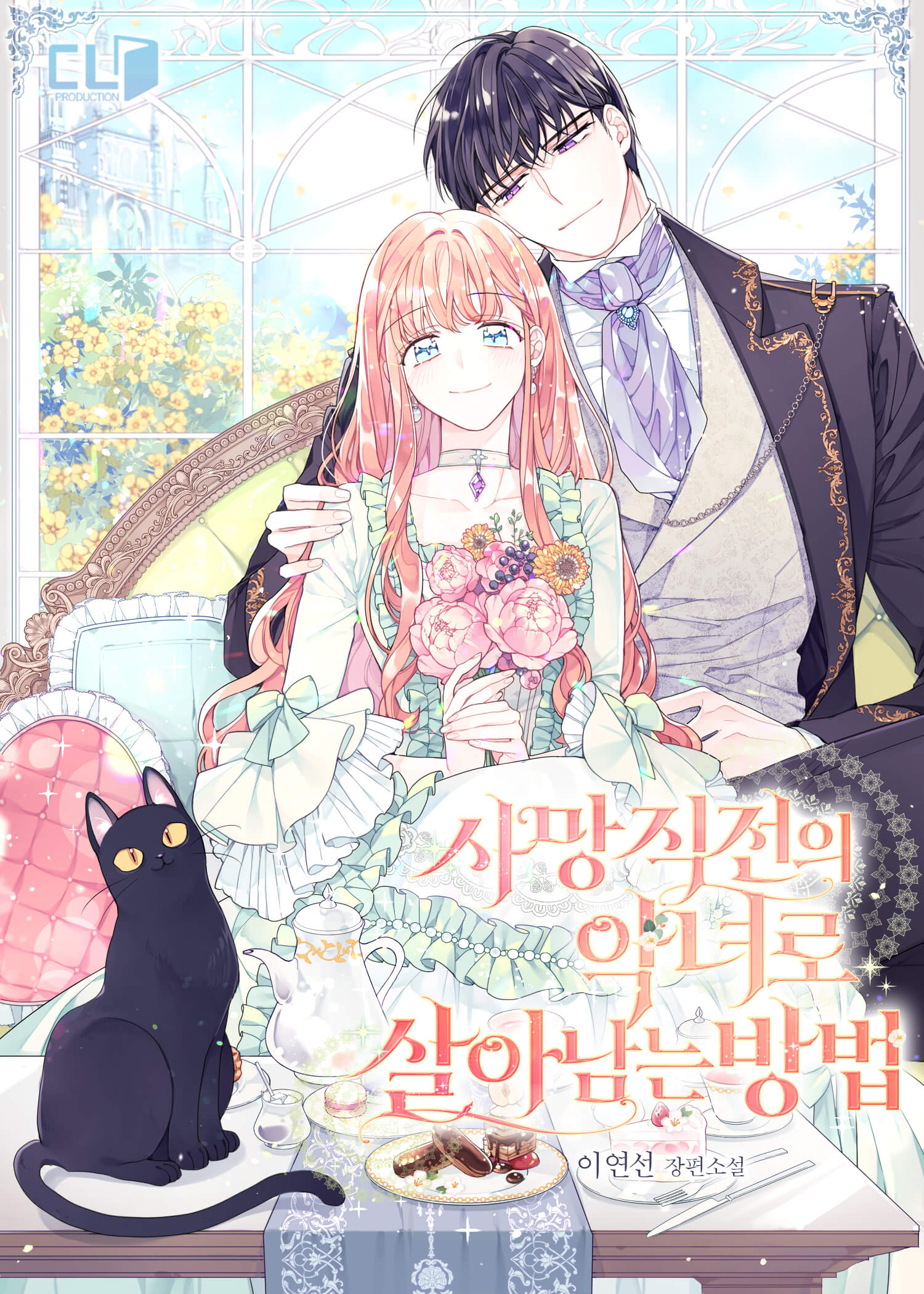 One entry per line
어연선

Status in Country of Origin. One entry per line
162 Episodes (Completed)

In the original novel, I possess the body of Princess Eve, the villain who was inferior towards the female protagonist and commits evil deeds.

And the time that she possessed Eve was 44 days before the assassination on her would take place.

In order to escape her predestined death, Eve makes a deal with her fiancé the Grand Duke.

“Please help me. Then I will help you with the best of my abilities.”

“Then try to predict what will happen to me tonight.”

With the foresight ability of the main body, she passed the test of the Grand Duke and signed a contract with him.

She had barely escaped the crisis and managed to save her life, but the crisis was constantly coming…

“Have you forgotten that you are my wife?”

“It’s okay to forget. Because I’ll always remind you over and over again.”

The fiancé who was a second male lead and the mastermind to all the killings in the empire became obsessed with me,

“No matter what happens, I will protect the Princess.”

Then why does the good male protagonist say that he will protect me?

And how come this world is so different from the original?

These are recommendation lists which contains How To Survive As a Villain on the Verge of Death. You should give them a visit if you're looking for similar novels to read. Alternatively, you can also create your own list.
More Lists >>>

A really interesting read so far, the FL is quite smart but not impossibly so, she actually studies and puts in effort. I'm interested to see how the dynamics play out, the characters in general seem diverse in personality and likeable in that aspect.
8 Likes · Like Permalink | Report

I'm really enjoying this story, it has a nice translation and I'm always looking forward to the next chapter. The story is not that original we have a female lead trying to protect herself from her family. The thing that makes this interesting is that she has a foresight ability that will make her very important and make her a game changer. The male lead will realize this and protect her. It will be a partnership by marriage. It's such a powerful ability to know the future. Not just the generic knowledge... more>> that she has about the plot but literally every move could be seen if her ability grows. I'm hoping she gets stronger with her ability to control it at will. <<less
8 Likes · Like Permalink | Report

Loving the translation and the plot - it’s one of the novels I look forward to reading updates. It’s a cute storyline, watching the FL and ML fumble and I’m looking forward to what happens next. Not sure about other ppl, but the translation seems fine to me. It’s clear, follows the original and understandable.
6 Likes · Like Permalink | Report

I won't rate this one for now since the story is still on going and I'm not really sure how to rate this one. So far, it's quite alright for me. It's the typical transmigration trope where she became the villainess of the og story and was engaged to a duke who hates her. At the first chapters it's quite interesting but then as I go on with the next chapters it somehow became draggy. The development of the story was quite slow as well as the romance. ... more>>
Spoiler

chapter 60. Terrence and Eve are still not married. As for the romance, well, there's none or maybe there's already? I don't really know since Terrence's character is kinda hard to understand and he's also a good actor so yes I can't discern whether his actions are sincere or just an act

chapter 67. Still not married but omg Terrence kinda confessed? (I think his feelings for Eve is developing) Eve asked if what type of woman does he likes because she wants to help him have a happy family after their divorce however Terrence replied "I like strange women who offer to their fiance to find a woman they like" rip translation but I kinda get the gist of what he said though I think he said that to tease Eve

chapter 76. Nothing much ahh really I might drop this one the story is kinda disorganized, inconsistent, and messy? Idk how to explain. I read the comments and it says that at 100+ chapters the progression of the story is still slow.

I have noticed that there are a few interactions between the leads. Author should focus on the romance and not on the unecessary scenes and fillers. That has no significance at all. It just shows how much Eve changed. But, I somehow understand the author, the author depicted Eve as a character whose goal is to survive her tragic future. Well even if it was me, I'd rather look for a way to change and get out of that kind of fate than think of romance and such.

Well, let say that Eve is just really focused on her plans. But honestly, her decisions aren't that good. There was a time when she saw the future of the Duchess's daughter (Terrence's aunt and I forgot the name of Terrence's cousin) so the daughter died in her foresight but Eve didn't tell it to anyone, she just kept it to herself and decide to just tell it in the near future. I have a bad premonition for this one.

Also, if the author want it to be a slow paced romance at least focus on the interactions between the leads and their feelings should be uhm realistic? Since the duke originally hated Eve so yes. And I'm already sensing that Eve will be dense when it comes to the romance part.

Anyway I will still continue reading this novel since I'm really bored and I think the development will be good in the later chapters. I was looking for something really interesting but this will suffice. <<less
5 Likes · Like Permalink | Report

Sadly the translation for this isn't very good, it is just comprehensible, but incorrect grammar or sentences that make no sense are common. If you are senstive to this, it will be a major issue. Still, thanks for the hard work Kyesha, Cale and the other staff. Story wise, it is quite promising. The female lead is intelligent, and she thinks carefully and acts wisely most of the time and she is quite likable. She also has an interesting magical power of her own, but she isn't OP. It is unlikely... more>> she will become the greatest magician/swordman/cook or something like that, which is good. The male lead is basically the trope of the duke in these stories, but he has a young brother he loves and treats warmly, so that gives a bit of depth. It does sometimes feel like the charcters are supposed to be more intelligent than the author can write them to be. <<less
3 Likes · Like Permalink | Report

Absolutely love it so far! Shame that it looks like that the group that was translating seems to have abandoned it. Oh well
2 Likes · Like Permalink | Report
Advertisements
Leave a Review (Guidelines)
You must be logged in to rate and post a review. Register an account to get started.