Novel Updates
RegisterLogin
Theme
Search
Your changes has been saved.
Advertisements
The Dungeon Struggle of an Earth Dragon!

Home >
Novel >
The Dungeon Struggle of an Earth Dragon! 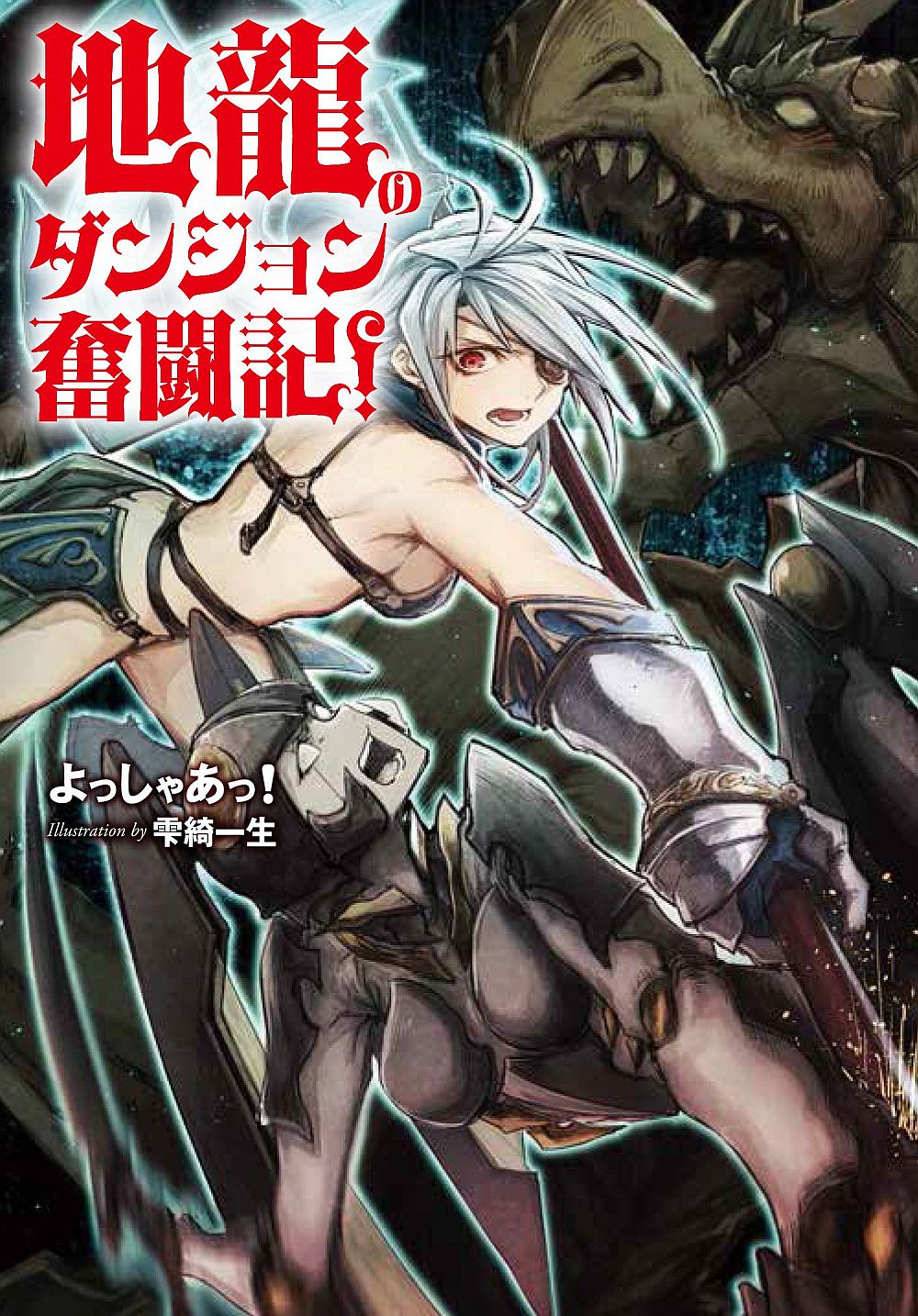 Status in Country of Origin. One entry per line
11 Volumes / 225 Chapters (Ongoing)
38 Side Stories

Waking up from his sleep, the protagonist has been reincarnated as an earth dragon.

Unable to do anything in this situation, he’s now enjoying his life as an earth dragon.

However, he found out he is the best material humans can find.

I’m not a material game!

This is bad! At this rate, I will be hunted by the human!

This is the story of a protagonist who was reincarnated as an earth dragon and his struggles in building the dungeon and making golems to protect himself and sleep.

These are recommendation lists which contains The Dungeon Struggle of an Earth Dragon!. You should give them a visit if you're looking for similar novels to read. Alternatively, you can also create your own list.
More Lists >>>

I have read ahead because it seems interesting but unfortunately the MC turned out to be a utter fool even more than I expected which ruined the story for me a bit. Be warned for a dragon he is one of the s*upidest dragons I have read about so if you're not reading it to laugh at the MC then don't bother you can't really laugh with him.
14 Likes · Like Permalink | Report

How is this 4/5 at the moment? It's ridiculous. Don't waste your time. The MC falls asleep normally after work, wakes up as a dragon in a strange place, and in the next chapter he's like "oh well I was getting tired of my job anyway". At one point he sees a giant bird fighting against a dragon in the sky and in a later chapter climbs a rock to look at a birds' nest where he finds a bunch of metre-tall newly hatched chicks, then looks at the unhatched eggs... more>> and describes them as "shockingly" being larger than Ostrich eggs... OF COURSE THEY ARE IF THE BIRDS ARE THAT SIZE!! It's also full of sentences made of less than 5 or 6 words, and some paragraphs are just a handful of these tiny sentences thrown together. The opening paragraph of chapter 4 is literally just:
Spoiler

What's over here.
Let's go over there.
I tried walking for a while, but there's nothing here.

[collapse]
The TL itself is probably good, but the novel is so shockingly bad I can't understand why Sub29 are still working on it. <<less
8 Likes · Like Permalink | Report

Too soon to give a thorough review at chapter 4, but it's a fun, slice-of-life, from a feral earth dragon's point of view. He still hasn't even found a place to live and is just running around in the wilderness (read: desert environs, of some sort) and eating things. Like any good D&D-esque dragon, he seems to be able to consume anything- even soil! The translator does a nice job of portraying the author's happy-go-lucky, please don't eat me I'm a small, insignificant creature, feel. Be forewarned: The first four chapters are... more>> quite short. <<less
5 Likes · Like Permalink | Report

It's interesting and Amusing novel. Some of you maybe not like a bit dumb MC, but some of you like it. Yeah the MC a bit s*upid, but overall it make the story more funny and amusing to read. And it's POV not focused only on MC, there are POV for his creature that reside the Dungeon, a Creature that he created, a certain king in certain kingdom, a certain person. Well, this will not boring you, I Sincerely Hope someone will pick this Novel, because it's a waste to abandoned... more>> this Great Novel~ <<less
4 Likes · Like Permalink | Report

The theme was like slime tensei but different, the MC (also salaryman like rimuru, he reincarnated as earth dragon for unknown reason why) was scumb*g and doesnt want to work as he just eat (he likes to eat stone, soil), sleep and create his home. ... more>>
Spoiler

The home he create just like the meaning of the title (where he struggle LOL) become dungeon, as he create statues (aka golems to golem humuculi, he doesnt know in early chapter, he will know later) as hobby

He treats his subordinate (particularly the ant queen) like meat shield, and the funny thing was how he describe his subordinate like annoying and disgusting like the ant (like queen ant, because of her body and how annoying her soldier ant as they bite in his big limbs)

Also the funny thing is the reason why he doesn't go outside because he is rare dragon (he will have basic knowledge about him and the world later) that target of subjugation right away at the sight, that his scale nails and any part of body that wants the adventurer, which record in the past that makes him scared and go deeper in his home (last floor dungeon) but now the current era, people of that world was already weak

[collapse]
Cant understand why other reviews are low maybe they didn't properly read until chp 25 and higher, the premise is there for sure, even though slow, expectation for next chapter was there... I cant wait for another chapter <<less
4 Likes · Like Permalink | Report

Not much to say. Generic kinda slice of life ish but in a boring way. As per norm any special aspect is extremely NOT made use of (aside s*upid lame joke kind of way which is never amusing). Heck all special aspects the author shits on themselves. "Dragon" is just a thin excuse for his OP status. Monsters particularly the ant he meets is extremely human and nichely very japanese... why even bother having the any if it ain't gonna be antlike in any conceivable way? MC is a buffoon.... more>> It is pretty clear that down the line after the more or less prequel (the dungeon sets up) there will be extremely unfunny and lame misunderstandings <<less
4 Likes · Like Permalink | Report

Loving it so far. Wish there were more chapters, more often but the story's pretty good and it's funny to see the MC bumble around the world unknowingly becoming super strong.
2 Likes · Like Permalink | Report

FINALLY a story where a dragon MC actually acted like a proper (earth) dragon in its natural habitat instead of acting like a human or anything............ not. Or at least it was at first. Unfortunately it didn't go that way for long. Turns out even reincarnating as a dragon can't fix s*upid, MC still has a dumb pacifist human mind who won't kill anything. He just hides away as a neet eating and sleeping, clueless about what his underlings are doing. They do all the work and they're the ones f*cking... more>> things up that will eventually endanger his home, all without him knowing anything.
Spoiler

MC wants to avoid humans because they see him as the rarest material, so he lives underground and blocks the entrance. Then the underlings started killing human intruders.... who were there in the first only because they fking opened the cave and swarmed around outside as if advertising themselves.

[collapse]
There's barely any action because MC does almost nothing and just lives lazily. Probably the most interesting part of the story so far is Elibel. <<less
1 Likes · Like Permalink | Report
Leave a Review (Guidelines)
You must be logged in to rate and post a review. Register an account to get started.

Path of the Lilies