Novel Updates
RegisterLogin
Theme
Search
Your changes has been saved.
Rebirth of a Useless Waste: Number One Evil Immortal 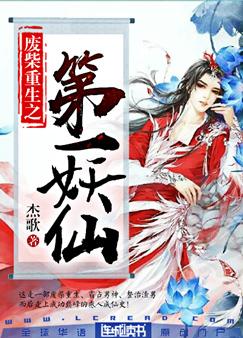 One entry per line
杰歌

Status in Country of Origin. One entry per line
539 Chapters + 10 Extras (Completed)

“Young master, Liu gongzi has returned the engagement token to you, the Soul Locking Bead!”

“Really? This is exactly what I want! He is really thoughtful!”

“But he came to break off the engagement! However, Liu gongzi is willing to marry you as a concubine while me as the first wife cause I’m more gifted!”

Was something wrong with the script? Shouldn’t the man use coercive strategy to win his man back?

“My fortune teller said I have a perfect match waiting for me. Who the hell do you think you are?”

This is a touching history of the regeneration of a loser to immortal. He has captivated his male god, retaliated the love rat and then risen to the pinnacle of success!

Some passerby: Touching? Why don’t I think so?

One entry per line
废柴重生之第一妖仙

These are recommendation lists which contains Rebirth of a Useless Waste: Number One Evil Immortal. You should give them a visit if you're looking for similar novels to read. Alternatively, you can also create your own list.
N/A

I read the updated chapters, so attrative for me. BL&fantasy&rebirth, all of these make this story interesting. Please update more!
4 Likes · Like Permalink | Report

This story had so much potential but it flopped all over the place. A lot of questions weren't answered and the author tended to make stuff up. A lot of stuff bothered me, the MC was reborn back to before scum gong dropped the engagement. He first mentions that he didn't want to meet his family alluding to a horrible past but in the end it seems like he didn't even know who they were so how would he know the significance of the soul lock bead. He gave his dad and brother 20, 000 to live on for 5 years I think. Where was he? Cultivating and hunting down treasure. If it wasn't for his brother being a demon king, another thing the author doesn't explain because in his last life he wasn't, they would have already died. And MC doesn't really seem to care. And why is the ML so fond of him like from the moment he saw him in snake form. With the ml's character it made no sense. The ML is supposed to be so smart but didn't figure out the disciple was banging was a snake demon. And the MC wasn't even being careful like so much stuff other people weren't supposed to know got exposed real quick cause he's slow and just loves showing off in my opinion. And it's so annoying how everyone is in love with ML and do all sorts of crazy stuff for him.

MC was also afraid to tell his dad about his relationship with ML because his dad is traditional. Makes not one lick of sense considering he was gonna marry that scum gong before. People apart of his sect were dying and no one seemed to investigate it. The sect leader died and again no one really looked into it. Side character Rong ju, lost his memory because he had a problem with cultivation. Made not one lick of sense. This story is just filled with holes all over.

Looks promising, interesting synopsis, MC is cool, not getting ahead for revenge but settle down with his father first. And I can already tell a lot of face slapping and putting cannon folder in their place while out MC rises to the top of cultivation. Really looking forward to this one!
8 Likes · Like Permalink | Report

The story started good but after a few chapters, it followed the usual plot in a cultivation/revenge stories (MC as disciple and ML as his master. MC has the protagonist halo and got all the precious items. MC is OP and knows almost everything bcoz of his rebirth, and some dog blood drama). The story has flaws; it is also predictable and shallow, but they can be overlooked since the novel is quite entertaining. The ML and MC share some of pain, ie being targeted and outcasted. I also like how... more>> they supported each other. They are both good natured and not calculative. And ML is really caring for MC (and possessive, as usual). However, I think that the ML is a lil airhead/slow 😅 and the MC is still immature despite his total age. What annoys me is that MC sometimes voiced out his thoughts (murmuring) and the ML was able hear his thoughts, yet the MC never dared to tell anything when the ML asked, he was like whetting the appetite of ML without any plan to give the main course. Anyway, I like their interactions with their sect brothers. There are also many things that the author foreshadowed and left reader to ponder which will be unfold on the succeeding ch's (I guess), eg. ML's fast cultivation, bloodline of MC etc. However, the story has no common sense in some scenes 😅 and MC kept to be in d limelight showing his skills (He has his reasons for doing so but there are a lot of ways. I'm d one who is afraid for him. Good thing the author made the antagonists dumb despite being high in cultivation) <<less
1 Likes · Like Permalink | Report
Leave a Review (Guidelines)
You must be logged in to rate and post a review. Register an account to get started.