Novel Updates
RegisterLogin
Theme
Search
Your changes has been saved.
Advertisements
Rebirth In The Novel: Indulging The Female Side Character

Home >
Novel >
Rebirth In The Novel: Indulging The Female Side Character 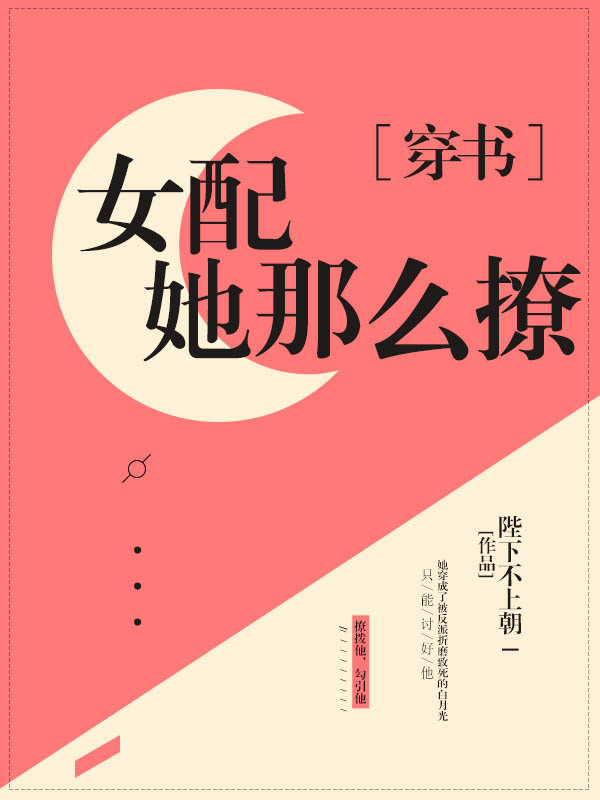 Status in Country of Origin. One entry per line
335 Chapters (Completed)

Ye Chu is a miserable supporting character from a novel (she transmigrated).

She’s the most famous socialite in Shanghai, but her existence was to emphasize the magnificence of the white lotus female lead.

In the previous life, Ye Chu died in an accident. After rebirth (still in the novel), she didn’t only want to get revenge, but also change her fate, allowing every side character to have the opportunity to shine. Ye Chu and Lu Huai are a fake couple in their previous lives but reunited in this life.

They probed each other at every turn and slowly got closer to each other. They two fell for each other and confronted their enemies together.

One entry per line
民国女配娇宠记[穿书]

These are recommendation lists which contains Rebirth In The Novel: Indulging The Female Side Character. You should give them a visit if you're looking for similar novels to read. Alternatively, you can also create your own list.
More Lists >>>

More on military and political settings with romance, second chance and revenge subplot. They are the villains in the novel with not so kind (more villainous) protagonist.
Spoiler

Ye chu remembers her past life while the ML gradually does with more interaction with MC.

In the past life they are contracted couple. Wherein they only married each other just to keep Ye chu safe and avenge the Ye family and ML's father from their common enemy (protagonist).

This novel full of military with revenge plot. There are twists and turns happened in the story. The romance rather slow. In chapter 170-ish or 180-ish is main CP first date in restaurant of the hotel. The time setting is unique (90-ish). Between historical and modern day. There are brothel, concubine, but there are also car, school that like modern day, etc. I'm really impressed with Mo Qinghan lololol. He really is something. I think if his character become good protagonist in novel, it's interesting. Well, Ye Chu and Lu Huai are interesting enough, but I want read more about sweet talk between them! Ugh, this novel really lacked sweet talk. And I want to read how their child.
Spoiler

[collapse]
In the first few chapter, I skipped them. The school arc. Later, I will read them. But the school arc not really important. Ye Chu's school friend will gradually not mentioned inside story. So, I'm not attached with school arc. If you want sweet romance, honestly, this is not. OK, the romance between couple is heartwarming, but too much conspiracy. The main plot is the revenge thing.
Spoiler

But the villain is also interesting, except for the main villain. Dunno why I really despised him. He is the perpetrator and that's just for taking Shanghai for himself. Ugh! Poor Mo Qinghan is being used by him.

This is the first time I'm writing a review, I usually don't want to write, but this novel changed me. I really like the storyline and the developments. Both Ye Chu and Lu Huai are likeable OP but not too OP. The supporting characters have their own story and personalities which is really interesting. What I like the most is the plot twist of their mysterious past. I think this novel can be on par with The Rebirth of the Malicious Empress Or maybe slightly inferior but still good. The time setting... more>> of this novel is a little different from others which elevates this novel uniqueness. The most memorable character for me unexpectedly was Mo Qinghan (the original male lead) and Jiang Yan, I want to hug them soo bad : (, overall I love this novel so much But my real question of this entire story is, Did Ye Chu get married when she was still in senior highschool ?!! <<less
4 Likes · Like Permalink | Report

I think it's more of a 4.5 but I'll leave it a 4 because of the length. This book was really too long and kept introducing way too many characters in toward the end. It was a good story and I don't have much to say, the leads had good chemistry. The villains weren't black and white. Everyone had their own motivations and goals. Mo Qinghan is the most pitiful character. He just really needed someone to save him earlier. I was never in the camp that hated him as much as... more>> I wanted our leads to win. I honestly can't say that much because it'll spoil the story. There are so many twists and turns and if I mention one little thing it'll ruin the plot for yourself. So go read it, even MTL it. <<less
3 Likes · Like Permalink | Report

4.50/5.0 stars This was so good. I know one of the reviews say that it is more political than romance (which is why I didn’t want to read it at first) but it doesn’t get political until about chapter 200~ which is why I paused reading. Ye Chu is a delightful character to read about. She is strong, intelligent and mature. But she isn’t without flaws. ... more>>
Spoiler

I wish the author wrote her flaws more explicitly because it would have given more impact on the angst aspect. But basically, she thinks that if Lu Huai remembers their past life, he’ll remember that she used to be a weak and naive girl and hence, won’t like her anymore. I think it’s the reason why she’s hesitant to start a relationship with him.

[collapse]
Lu Huai, the ML is a cunning, sly man. Later on, he’s the type to make all types excuses just to have skinship with Ye Chu. The story is filled with action, romance, and politics. There’s lots of disguising, double-crossing and mystery - which makes it a fun and exciting read! <<less
3 Likes · Like Permalink | Report

Although it's pretty much the same "villainous" protagonist meets the "villain" and together they destroy white lotus and wannabe ML... it's a bit different due to it's unique time setting. It is set during the revolution era in China, around 1910s to 1940s where wearing qipao and having concubines are still normal but at the same time they are becoming more modern and westernise - which is pretty unique to me cos most time settings used in chinese novels are either modern 1990s-2000s or ancient china setting with emphasis on Love... more>> and War. The plot so far is also quite interesting. If you like strong FLs overthrowing white lotus Mary Sues, u'll like this novel.
Spoiler

This novel is basically like a 2in1 transmigration/rebirth story.

Ye Chu (our FL) transmigrated into a novel. Unfortunately however, she got her memories of previous life too late. She remembered about the novel only after her family's business got destroyed by the evil stepsister (the two-faced white lotus protagonist) and her domineering husband, which resulted to death of her parents.

After she remembered, she went to save the "villain" aka. The OP step brother/cannon fodder for the oriML to kill and overcome. Then they went into a contractual marriage that lasted for 5 years before they were both killed in a car accident (which imo was pre-planned).

After this, she was rebirth back in time before her family was destroyed. And you know the rest.

[collapse]
As for our ML, he's like the most eligible bachelor of his time. No interest in women, cold and indifferent. Famed as the perfect Third young master of an aristocratic family. The bane of his step brother. In the previous life he was known for his detached feelings for women and was rumoured to be helplessly in love with his wife cos he didn't take any concubine nor was he ever seen close to a woman other than his wife. As for his real character, it's too early to tell cos I've only read upto chap 6 atm. So yeah. I think this novel is worth a try. I'm liking it so far :) <<less
3 Likes · Like Permalink | Report

This is actually a novel transmigration/second chance kind of story. It seems to be set in a military/gang controlled Shanghai, possibly loosely based on a few actual historical (side) characters. It reminds me of American mob movies set in the 1920s, no mobile phones, landlines, suits, qipao, songbirds...
3 Likes · Like Permalink | Report

The novel is kind of weird.
Spoiler

It is a stange mix between modern world with historical world with no police and politician and wealthy business doing whatever they want. Along with this all characters are flat and 2d. They don't have much of a common sense.

Curious with the novel, I read the raw (d*** that English killer!) So far, it's good... Though, the raw sometimes made me a little confused. Because there was no explanation about year and age, so I had to guess. I hope, next chapter in the raw will explain everything. And about characters... They are truly what I called 2D, especially oriFL. A very delusional s*upid girl that needs to be applied to a hospital. (/¯◡ ‿ ◡) /¯ ~ ┻━┻ And about the romance, it came from ML got interest about FL... more>> like other novel rebirth. But, the author wrote something that never been my expectation. <<less
1 Likes · Like Permalink | Report

Looked at the raws, this is such a gem of a story. Ye Chu and Lu Huai are a mutually-respecting power couple and they have such a lovely understanding and trust in each other. There were also a lot of great plot twists and mysteries and all the characters (not just the main characters!) have such depth. It's rare to see that in novels sometimes and I love how everyone gets a lot of attention in this novel so they feel like real people with motivations and thoughts of their... more>> own. The era is republic of China-ish and set in Shanghai by the way. :3 <<less
0 Likes · Like Permalink | Report
Advertisements
Leave a Review (Guidelines)
You must be logged in to rate and post a review. Register an account to get started.