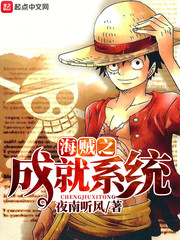 One entry per line
夜南听风

Status in Country of Origin. One entry per line
360 chapters (Completed)

“Ron” found himself inexplicably in the world of One Piece, after he was hit by a speeding truck. Facing a life-threatening situation, our hero was rescued by the fourteen-year-old Nami. After discovering his capability of evoking an achievement system, Ron’s adventure in one of his favorite fantasy worlds has started.

Nami said with dull eyes: “what did you say…fifth-level magic?”

One entry per line
海贼之成就系统

These are recommendation lists which contains Pirates Achievements System. You should give them a visit if you're looking for similar novels to read. Alternatively, you can also create your own list.
More Lists >>>

The story is very good for a fanfiction, the author follow the manga plot for more than half of the novel (the world plot) so all is really well made (even if knowing the manga it's impossible the world plot would be unchanged for nearly half of the novel... especially for Luffy :-/) But sadly, the story deteriorate a little once the author deviate from the world plot. Although there are some exceptions, the author doesn't like to create powers for people with unknown ability, thus a lot of group... more>> of people will just be beaten in a few short sentences (for exemple
Spoiler

Shanks and his crew, the men under Kaido other than the 3 disasters, Im, Edward Weevil, Mihawk,....

[collapse]
) At 3 chapters from the end, it's so bad that I don't even want to finish.... I'll just finish for myself in my head. The author made a lot of interesting things but never really developed his ideas and thus a lot of thing are left a little disappointing (
Spoiler

the relationship between him and some important characters are often skipped for several tens of chapters and thus the relationship development is incredibly slow. At some point, the MC is "dead" and he can only survive in the long term as a spirit in the body of people with magic marks and thus he is in the body of Nami and thanks to the MC's power everyone thinks that Nami is extremely powerful and it helps the MC's organization to survive his "death"...... But why does he only possess Nami???? Also, the MC being a former navy was well exploited at first but when the World Government decided to kill the MC, almost all his former navy comrades just becames real foes of the MC :-/ And a lot of other such things

[collapse]
) The last thing is that I'm often not alright with the power level of some characters. (especially near the end) But overall it's really good, one of the best fanfiction on the world of one piece ;-) <<less
1 Likes · Like Permalink | Report

1) Grammar and overall reading experience - The translation is very good, makes sense and there are rarely typos. 4 STARS 2) MC and the plot - It's isekai, and the MC was a fan of one piece before he reincarnated there, so he knows the events and people, but doesn't really give a f* about the original plot (which is props to the author, because in a couple of fanfics I've read, the author is "scared" to deviate from the original plot and doesn't really add that much to the story).... more>> Going by my personal preferences the MC isn't ruthless enough. Don't get me wrong, his kill count is around 2000 around c66, but I prefer a ruthless and cold blooded MC. Then again the way he acts is nicely justified ->
Spoiler

He helps Nami because she helped him earlier and isn't that ruthless, because he only kills his enemies for money. And his "mental abilities" help him overcome emotions.

From nothing to rear-admiral power level in 1-2 years (around c70).

[collapse]
The author nicely depicts how I think one piece characters would act throughout the story. The system is similar to systems in authors other works (mainly One piece talent system), but is more defined and rewards more "widely" (for more activities). The power system of the MC is based on runes, which have elemental powers (fire, wind, earth...) and "spirit power", which is overall pretty interesting to read. 4 STARS 3) Overall - The story is still developing, but so far is pretty good, the interactions are funny and realistic (to the one piece world), mainly for people who want a fast-paced story, power development and battles. 3, 5 stars Gave the rating 4 stars just because I can't give a 3, 5. <<less
0 Likes · Like Permalink | Report

This one is alright, main character suddenly gets thrown into one piece world a few years before canon, he has no wish to follow the original events. His system let's him upgrade stats and learn magic, he starts with wind blade. Nothing special, but not bad either.
4 Likes · Like Permalink | Report

The story is about Ron who conquered the one piece realm. fast pacing compared to his other works. ranked 2nd place (1st is god of soul system[till end of one piece arc only] good points 1. Great entry ... more>>
Spoiler

nami meets him before he is executed by arlong. This is feasible based on nami's personality

[collapse]
2. Scaling of power is decent till before the fight with the nobles (aristocrat/government) 3. No actions are completely forced, all are somewhat in line with the character's personality. 4. Decent story bad points. 1. Relationships feel a bit shallow. its like there are things that happened that were skipped by the author (no story inconsistency though). Its like your watching a series and majority of the daily interactions and flirting were removed 2. System could have designed a system that was not lottery based. The randomness and the initial exploration of magic was bad. i prefer a skill tree type and skill books with accordance to achievements made with the system 3. All endings made by this author feels lack luster. this maybe due to the manga not being finished, therefore having holes in the story and cut of progress. 4. Battles feels like a massacre. Well it is magic. Depends on the person reading. ---------- conclusion
overall all works of this author are good compared to other fan fictions in this library. <<less

What can I say about this store? It's actually really interesting. From the get go, we know we are throwing the canon plot off because we start meeting Nami. I won't spoil anymore than that but it's pretty entertaining. All in all, I recommend it. It's fun and entertaining so far. When it comes to the system for this tale; tt's actually an original one, not just granting the power from other anime. Ron's playing around with magic and it's as powerful as you'd expect. Whether he can keep easily with... more>> the real powerhouses? We'll have to find out, but it's enough for him to deal with the fodder so far, and it's always fun to read that happen. In terms of tone, the story doesn't take itself too seriously, so it's a light and pleasant read. Ron isn't entirely without personality either, nor is he just murder happy, being surprisingly cautious for one of these stories, rather than gun-hoe. It's a plus in my books. This story has pacing. It's one of the first things I noticed about it. It switches between 'Story' and plot chapters, and Ron training every couple chapters. I've found that it has a good rhythm, keeping me from getting weary of the practice with his powers but also making me excited to see the progress he made in practice go into practical use. <<less
2 Likes · Like Permalink | Report

I love the story on how Ron and Nami interact in the beginning, but the most impressive thing, is the translation quality, it's just high, you can read and instantly know what's going on, without getting confused
2 Likes · Like Permalink | Report

Very enjoyable and does great with the characters and setting. The synopsis does a terrible job of showing how good the story actually is and fandom reads are usually garbage which sadly gave this read a hit. Writing is phenomenal, Romance is not there and I'm hoping not be there anytime soon, setting is already set and ready, characters are fleshed out (Oda already fleshed them out mostly before this though, so that department was set), and the MC is actually an enjoyable and interesting person. I forgot to mention the translator, definitely... more>> a cool person that banters in the comments sometimes and does a great job translating. <<less
2 Likes · Like Permalink | Report

It's an above average fanfic to binge read (MTL is also ok).
1 Likes · Like Permalink | Report

This is a pretty good novel. Interesting plot and a good development and nice system of power and a cool headed MC. Pretty good read 🤩
1 Likes · Like Permalink | Report

This is a pretty chill novel, second-chance/system type of novels. A fast paced one, where the main character acquired an achievement system, which granted him runes to master different kinds of magic. Refusing to follow the original plot, the MC started his journey in One piece world conquering variety of challenges. if you want a fun, high paced story! This is the one for you! The translation won’t disappoint you either! Thank me later!
1 Likes · Like Permalink | Report
Leave a Review (Guidelines)
You must be logged in to rate and post a review. Register an account to get started.

The Uncharted Husband and His Wife