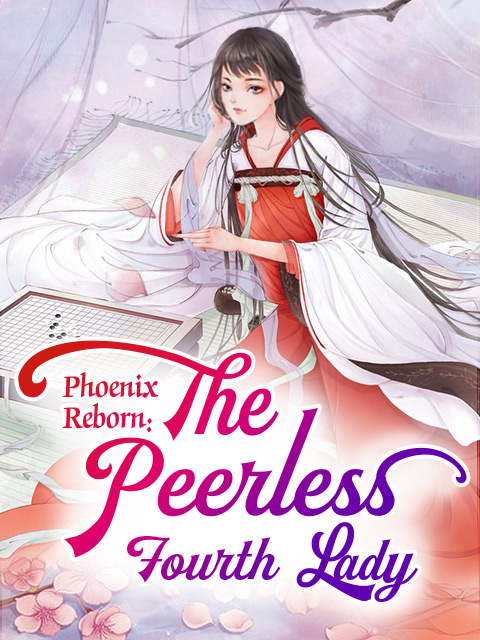 One entry per line
依颖

Status in Country of Origin. One entry per line
1102 Chapters (Completed)

One entry per line
畅读书城

In the protagonist Qilian Qingyan’s previous life, she was married to the Crown Prince since youth, and ruled over the six palaces for more than 10 years. In the end however, she met her demise at the betrayal of her younger sister and a fire burned everything to ashes. She vowed to extract her revenge on all those that’ve made her suffer. However instead of death, she later wakes up in the body of a young girl named Su Qingyan, 5 years from the day of her death. Sensing this is an opportunity from the heavens, she slowly plots out her revenge against those from her previous life.

The phoenix is nirvana, reborn in fire, peerless elegance.

Waving her hands she commanded the clouds and rain, inside the General’s camp advancing step by step;

Of the men in this world, just who can move that rusting heart?

At the end of the dream, who will become her lifelong companion.

A painting of blood-drenched lands, how can it rival the cinnabar between your brows.

The Rebirth of the Malicious Empress of Military Lineage (3)
The Rebirth of an Ill-Fated Consort (2)
The Cry of the Phoenix Which Reached the Ninth Heaven (1)
Adorable Treasured Fox: Divine Doctor Mother Overturning The Heavens! (1)
Rebirth of the Tyrant’s Pet: Regent Prince is too Fierce (1)
The Princess Wei Yang (1)

These are recommendation lists which contains Phoenix Reborn: The Peerless Fourth Lady. You should give them a visit if you're looking for similar novels to read. Alternatively, you can also create your own list.
N/A

Beside the change of body after the MC's rebirth, the plot and characters are too much alike with The Rebirth of the Malicious Empress of military lineage. But every part of thoses are, for now, inferiors to our Shen Miao and co. But you can very much appreciate it if you never read a good story of the kind. The more you read, the more you want throw it away. I stopped for a while and came back but nothing changed. The story is still full of hole, the pace too... more>> quick for the story to make any sense. And the hate/jealousy from the others who are trying to shame her and then just kill her... nothing make any sense. Nothing is explained (not even how the MC was making a fool of herself). It's too shallow, too hollow !!!! HOw many time I screamed to my screen: WTH ! The story is just too awful to bear. Nothing to redeem it. I tried very hard but it's hopeless. <<less
8 Likes · Like Permalink | Report

Too many plot holes, extremely weak character setting-development, and scattered neglected ideas. Honestly, the more I read, the more I want to throw it away. This is basically the worst historical romance chinese novel I've read from NU so far (and I've read a lot). ... more>>
Spoiler

The female protagonist is a very OP character with unimaginable power and support (not to mention undetected spies and weapons everywhere), yet somehow she managed to get herself set up by her not-as-smart sister that easily led to her death.

There's also the fact that people directly compare her before-after the accidents and soul transfer like it's a very obvious thing needed to be mentioned. I've read a lot of reincarnation novels, but this one really takes the cake.

I mean, how come the one thing that others think of after the accident was comparing her to a 'before' point and repeatedly mention she's changed or posessed?

I don't know about you, but if a person was to fall and have unfamiliar demeanors, I won't notoce it right away, and when I do, I'd think her head'd gone a little crazy (The Eight Year-Old Princess: Phoenix Reborn did a very good job in this) or it's just a temporary effect of the accident--not immediately take extreme precautions and try to kill her off after!

Not to mention the extremely weak plot of other jealous children-wives that want to kill her off yet are very tactless in doing so, making a fool of themselves repeatedly with the same pattern without any clear motive except 'I'm jealous' of her status as the main family daughter. I mean, please, the 'before' her was portrayed to be a boorish idiot child (again, very bad character setting) neglected by her family--what is there to be jealous about?

It's like reading Nobita who always comes to Doraemon and ask for his things though we all know it won't end up well.

We didn't even get to the fact of the protagonist's supposed romance with ML, which happened absurdly fast with him investing hard in FL from the moment she changed character, calling her the future bride and giving maximum protection with his bodyguard from the start though they barely know each other.

[collapse]
If I were to list the numerous things that doesn't make sense in this novel, a year wouldn't have been enough. All in all, it's not worth to read. Feel free if you want to waste your time though. <<less
5 Likes · Like Permalink | Report

Yes its just 4 chapters - still wanted to write something to share the discovery! Anyway, I found the beginning to be a refreshing take on the "second chance revenge plot'. ... more>>
Spoiler

She gets her second chance with "the enemies" still being alive, but its a different body 5 years later. It seems like her first life she practiced martial arts but her focus was being a wife and empress. However, it seems like the direction of her second life will focus on cultivation and martial arts. This is only my assumption based on minor clues given in first 4 chapters and plot summary.

[collapse]
I am looking forward to reading the rest of the novel and seeing how the plot develops. <<less
5 Likes · Like Permalink | Report

Lost interest after reading up to chapter 315. It is such a drag. And MC looks like Almighty and Master of all trades type, which is not interesting at all. May be I will pick it up again after some time but thats all I could muster to read for now.
1 Likes · Like Permalink | Report

Granted this is fiction etc. But the MC to me is too vicious once reincarnated, she knows beast language and immediately kills her enemies minor or large with death through poison, making deals with them etc. Then you have the ML who is like her somewhat with the knowledge of snake language but is somewhat hides his similarly ruthless personality with laizze faire. Won't be continuing with the story as I believe its going to get more vicious in future chapters (1000+) and as such I cannot like the... more>> MC. I understand revenge but not to the point of losing your own humanity and principles in order to achieve it. I also understand her enemies are just as evil as well but, I cannot enjoy the novel so I'm dropping it. <<less
0 Likes · Like Permalink | Report
Leave a Review (Guidelines)
You must be logged in to rate and post a review. Register an account to get started.

Hell of the Dead
Advertisements