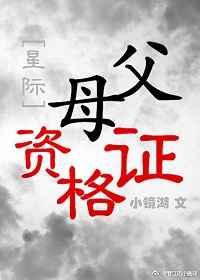 Status in Country of Origin. One entry per line
62 Chapters + 1 Extra (Completed)

In 3018 AD, if you want to be a parent, you must first test the “Parent Qualification Certificate.”

Because of childhood trauma, Su Yutan simply couldn’t get this certificate.

She felt that she was destined to be alone and donated an egg to do good.

Who knew the intended adopter died unexpectedly when the egg became a child.

The chance to be a mother to her daughter was in front of her, but she couldn’t grab because she did not have the certificate

I want to die!

The child’s father smiled slightly: “I can get the certificate. I will raise this child.”

Please Confess to Me (1)
Queen of Flowers (1)
The CEO’s Villainess Childhood Friend (1)
The Widow “Misses” Her Villainous Late Husband (1)
Fortunately, I Met You (1)

These are recommendation lists which contains Parental Qualification Certificate. You should give them a visit if you're looking for similar novels to read. Alternatively, you can also create your own list.
More Lists >>>

Honestly speaking, it is a very good story. Even if the romance was minimalistic (I usually prefer more fluff, but that's my personal taste), this story really hooked me because of MC's character and the suspense. The futuristic setting was well executed, the plot was fresh, and the translator did a very good job at story telling. I would seriously recommend to try it. ... more>>
Spoiler

The one thing which bugged me was the anti-climatic ending. The final boss was extremely smart throughout the novel, evading the police time and again, tech-savvy but still died (maybe?), and perhaps also had purposefully left an opening for ML to save the FL and her daughter. Maybe I have been brainwashed or something, but I wanted him to atleast have a reunion with his half-brother (ML) before getting into prison and have a chance to redeem himself by treatment, despite him being responsible for killing a lot of people. One of the main reasons why I feel sympathic to him is because his history is very similar to that of FL (she was tortured by her mother, he by his father), but he never got a chance to be saved like her. Yes, he was a psycho, and a very smart one, so there is no chance he would get out of prison, but I really wanted him to feel love and get a chance. But the somewhat open ending for him really left a bitter aftertaste in my mouth.

Excellent story! The MC is a strong woman who overcame childhood trauma and went on to help others as a social worker. I appreciate the way the author handled the MC's mental illness and allowed her to grow over the course of the novel.
0 Likes · Like Permalink | Report

I want condemn the people who gave this novel 1 star rating. This is a very, very, very, very good novel. Good plot, good character, good storytelling. The charm of this novel lies not on the romance or child-rearing, but through the psychology. It tests your ability to comprehend the aspect in which we sometimes romanticizes in novel; moral, law, affection, abuse, mental health. One issue that the author brings forth is: Does PTSD patients from abuse really undeserving to be parents? We read and we know the MC, her train of... more>> thoughts, her feelings, so we sympathized with her and sometimes felt injustice for her. But we don't know of the others, and when the author give a psychologically sound reasoning of why the villain does this or do that, you will feel like your conscience has been poked, pulled, scrambled, and you start getting confused on whether you should hate and sympathize with the villain. Overall, this is a good novel to me. Some of the translation might need some working on and proofreading, but still okay for me. Do give this novel a read, some tears spilled for this novel is definitely worth it. <<less
11 Likes · Like Permalink | Report

A beautiful book about overcoming your psychological issues with extreme hardwork, care and support of those who love you. Though, I do believe that it was a little too action-packed for a book geared towards solving mental health, the author uses it to actually treat MC. The synopsis makes u think it's light hearted. But it's not.... more>> This book also forces a fact on readers which most other books do not - just as heroes are not completely white, villains are not completely black. You feel sorry for the villains but then, move on. Coz nothing can justify a villain's actions. At most, u can sympathize with their circumstances. <<less
5 Likes · Like Permalink | Report

I'm reviewing this just to counteract the low reviews posted by other readers. Maybe they voted 1 star because of the child abuse tag? Who knows. Anyway, the story is about an MC who is suffering from PTSD. In its futuristic settings, the world already categorized PTSD into different levels. MC's trauma level belongs to the highest level. I MTLD this because the story's synopsis was very interesting and it doesn't go beyond 100 chapters. And I didn't regret MTL-ing this because it was really good! So, I'll be reviewing based on... more>> the elements of a story: This book is definitely a recommended read! <<less
5 Likes · Like Permalink | Report

Honestly speaking, I'm not sure why this story has such a low rating. At the time that I am writing this, the first translated chapter was only released a couple days ago and the translation quality seems good. Yet this story already has 3 votes of 1 star. I MTL-d from chapter 3 onwards to the end (it's a short story, only 62 chapters) and although I missed some of the meaning due to google translating it from chinese, I thought the story was well told and touched on some important... more>> themes. The concepts and interstellar world was super interesting and I liked how the romance between the MC and ML progressed. Ultimately, the story is mainly focused on character growth and how the MC learns to heal from her childhood traumas. In the end, although it has a lot of sad parts (I'm not gonna lie, I teared up on different parts of the story. The MC is a social worker in a futuristic setting so if you are triggered by child abuse, please take heed of the warning), it is a story filled with hope and healing. All the characters, including the villains had understandable motivations behind their actions and how their past fueled their actions and formed their personalities. With a few exceptions, you truly feel sympathy for all the characters, despite their actions. I don't want to give any spoilers but I definitely recommend this story! Please give this story a chance! <<less
5 Likes · Like Permalink | Report

It's a pleasant surprise to read a novel where you don't have to turn off some of your brain cells. I like how the theme was not romanticized. It presented issues that may arise in connection to the developments on a fictional future. This story is far from fluff but I got touched on how it tackled parenthood and human nature. The character developments are great. I like how the character interactions are realistic. Plotwise, it was tied-up neatly. I found myself crying on some chapters. I did not have any questions left... more>> after completely reading this. There were only a few things that made me, meh. I just have to warn you guys that a character's name is Avril Lavigne. I love her character but would've preferred if her name isn't the same with one of my favorite singers. Things I wanted to be presented in the novel:
Spoiler
[collapse]
Overall, it was a satisfying read. The amount of chapters were just right. I want to buy a hardcopy of this novel and keep it in my collection. <<less
1 Likes · Like Permalink | Report

I really like how it is going so far. I'm thankful for the other review that convince me to read this novel. Ignore the bad review, this story is fascinating. The story as the description stated, is mostly about children abuse (from MC's work), mental health, MC's life. About MC ... more>>
Spoiler

The MC is not super OP, she has issues of her own and she try to solve the issue with the help of her friend rather than some magical plot causing her to forget. She strive to be better to overcome her trauma, knowing when to depend or consult to someone.

The ML is also not the overbearing CEO type, he does not immediately fall in love with MC or have a sudden weird interest. Even after falling in love with MC, he doesn't force MC and try to understand MC. ML also have his own backstory and weakness, he's not perfect. Which is perfect for me

The plot regarding child raising also intrigued me. Most of the child raising novel I read was about super genius/cute/obedient kid. Though fluffy, not all children is like that. This novel shows "normal" children

This was an unexpected surprise, but a pleasant surprise nonetheless.
Currently I'm very much into cute buns stories and most of the novels I've read or reading so far are very lighthearted and cute. Though this novel is about children and potential romance (yet to be explored), it's so much more than that. It's got grit, depth and true heart about a woman trying to find her place of happiness after a traumatic experience as a child.
The novel touches upon the preciousness of children, that children deserves happiness and... more>> a safe upbringing with love and the MC is a (reluctant) heroine fighting the good cause. Though it's in a futuristic setting, it could might as well have been in the 21st Century or before that. It's a universal heartfelt story. <<less

This was an interesting read. About how this future had developed the Parental Qualification Exam and how social workers worked in a world with this exam. The characters were interesting. If there was one thing I wanted, and this is only my personal taste, I wanted a little more romance. There was some of course and it was realistic with Su Tians mental health, I guess I just wanted a little more romantic interaction between them. And I would've liked to have known how Dove turned out in the far... more>> future from the special and their other children. Overall, I guess I could recommend this under certain circumstances. <<less
0 Likes · Like Permalink | Report

A very good novel. Its a novel about healing herself. Find the desire to live the fullest. And I hope found love in the end. I love the main MC. She is smart but close her heart. Just doing everything within rules to stay alive. Just to live. Not enjoying her live. And gradually from everything that she did in the story I think she will found the will to live and fight againts her nightmare. The ML is logical person. He didnt fall in love or mad in love on the... more>> first sight with MC. But gradually change his perspective of her and finally fall in love. A lot of information was added in this novel about parental right so sometimes ignored but the story has a solid foundation. The characters have their own personality. So, 5 stars. Just read it if you like a slice of live. <<less
0 Likes · Like Permalink | Report
Leave a Review (Guidelines)
You must be logged in to rate and post a review. Register an account to get started.

Journal from Another World
Advertisements