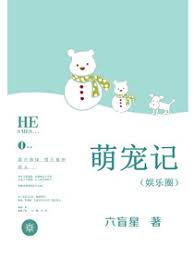 Status in Country of Origin. One entry per line
60 Chapters (Completed)

There’s nothing that Yu Wan has in common with her new neighbor– whether it’s charisma, personality, or cooking skills– other than that they both own dogs. Their two cute pets get along well (a bit far too well) and start what seems like a rocky friendship between the two; however, Yu Wan has more important things to worry about. Her wildly popular novel is about to take off into a drama adaptation, but the handsome, mysterious, and callous neighbor- is the director?!

[Reporter: I’ve heard that you really like raising pets, Director Shen. You have two of them, right?

Shen Qingzhou (As he thinks of someone): I’d say three.]

These are recommendation lists which contains Pampering My Cute Pet. You should give them a visit if you're looking for similar novels to read. Alternatively, you can also create your own list.
More Lists >>>

Hi! I'm Serra, the translator for this series. This is a wonderful little novel. I'll list some pros and cons below: PROS: CONS:
37 Likes · Like Permalink | Report

Finished the whole novel at one go. The story is really fluffy and cute. There's no drama other than the paparazzi tailing them and netizens exposing their lovey-dovey private lives constantly (in a way that ultimately benefit the characters), everything is smooth-sailing with zero conflicts. I really enjoyed the main leads' banter and interaction + they are totally devoted to each other from the beginning. Some things I felt was a pity (spoilers) :
Spoiler

1. The lack of in-depth backstory of the characters before they met (eg. How did they come into their current career) The male lead is cold and unbothered which really makes me curious why did he enter and how did he survive in the film/ent industry.

3. How did the supporting lead (protagonist's brother) suddenly fall in love/discover that his feelings for the childhood friend was actually romantic in nature after decades of not realising it. If he is so obtuse, how did he survive in the entertainment industry? The development felt too forced and superficial (he felt possessive seeing his friend woo her and then did the same).

4. The novel briefly mentioned that the famed actress following the male lead was in fact his deceased brother's ex-girlfriend. She dated his brother to get a connection with the male lead. Why not elaborate more on how the brother's death affected the male lead? It seemed like it was mentioned just to excuse the actress away from the story.
[collapse]

Great for readers who like fluff rom-com/a quick, fun read. Look elsewhere if you are looking for realistic romance stories. One thing I couldn't get over was how the male lead who is reputed to have strict work ethics would dump his work aside or announce filming breaks whenever the female lead/relatives come to visit. And how he NG-ed the male actor who invited the female lead out for drinks as a friendly gesture endlessly- while the author meant it to be a cute way to express jealousy, I see it as utterly unprofessional which slaps the "strong work ethics" out of the way.
12 Likes · Like Permalink | Report

Finished reading this in less than a day. Really cute. The male lead is so tsundere cute. A very easy to read novel. There's not too much drama. The story starts off with MC and ML's dogs falling for each other. Then MC integrates herself into ML's life by being his "hired" cook. ML is really indifferent and cold in the beginning but eventually he warms up to her and falls for MC. MC is pretty cute. The best thing about MC is that she doesn't cling to ML and become... more>> the embodiment of that annoying female lead who'll just throw herself at the male lead. She let their relationship develop naturally which is really nice. Really recommend reading if you're into the cute, no angst, no drama novels. <<less
7 Likes · Like Permalink | Report

Cute romantic contemporary story with a strong female lead. Minor misunderstandings between the female lead and the male lead. Their are minor rumored love rivals for the FL and ML. The love rivals are never really serious romantic candidates in the leads mind. Happy ending for the leads and their close loved ones.
4 Likes · Like Permalink | Report

It's a really cute and good short read. Definitely recommend And there are dogs!!! MTL is easy to understand Translation quality is superb
4 Likes · Like Permalink | Report

The translation quality is very good and the story is amusing and cute. However, I suspect the translator released the first five chapters to get readers interested and won't be releasing more unless he/she gets donations. Freeloaders like me will be disappointed. Plot summary without actual spoilers: Yu Wan has a secret identity as a (web novel?) author. She keeps a dog. Her neighbor is the male lead, Shen Qingzhou, and he keeps a dog of the same type but opposite gender. Due to various events the dogs end up pulling the... more>> two of them together. It is setting up for Yu Wan and Shen Qingzhou meeting due to work reasons as well as her novel is being adapted to a movie. I suspect Shen Qingzhou will be directing this movie. <<less
4 Likes · Like Permalink | Report

Fluffly, funny and lovely light romance novel. Every character was so loveable, no antagonist character, just a few love rivals without drama. Entertaining and enjoyable.
3 Likes · Like Permalink | Report

So good ah~ very sweet and fluffy >, < I like the story so far can't wait for new update <33 FL is so shameless omyghad they're look cute together. Im living with their interaction ah~ EDIT: I CAN'T WAIT ANYMORE SO I TRIED READING BY MTL JCISWOWKSJIAKXWOW THEIR CHILD IS SO CUTE JUST LIKE HER PARENTS T^T SUCH AN ADORABLE FAMILY
2 Likes · Like Permalink | Report

It is a really great and sweet story. However, I can only access the first 31 chapters and the last three here leads to a dead link. Also, as far as I can understand, there are 59 chapters, but from the other reviews I gather that people have read these - but where? Sorry, if this is a bothersome newbie question, but I would like to finish the story.
1 Likes · Like Permalink | Report

Super cute and short! The romance was especially nice and as much as it was light and fluffy there was maturity in both main characters. They understood one another very well and because of that there were no miscommunications or drama. Loved it!
1 Likes · Like Permalink | Report

Is it me or this story really didn't had any bad guys in it? Anyway, Its such a fluffy and sweet story not to mentioned hot!! I love MC boldness instead of shy away. I love how casual she is. You can see how slowly she imprint herself in ML's life. I love it! I read one of the review mentioned the MTL is fairly easy to read but I have to disagree. But I understand the plot. So, if you are in mood for sweet and fluffy story then... more>> I'm sure you will enjoy this as much I enjoy this! However, if you want some plot twist or rollercoaster emotion than I think you are not going to enjoy this so much. And trust me, this story had the weirdest first encounter of ML and MC ever! Hahahhah! <<less
1 Likes · Like Permalink | Report
Advertisements
Leave a Review (Guidelines)
You must be logged in to rate and post a review. Register an account to get started.